Does Niantic's rules consider this "main cross" on the cemetery as valid?

As from my point of view, almost nothing on the cemetery should be valid. As cemetery is not a place for playing any games, but grieving.

I do understand there are exceptions like "very famous people" 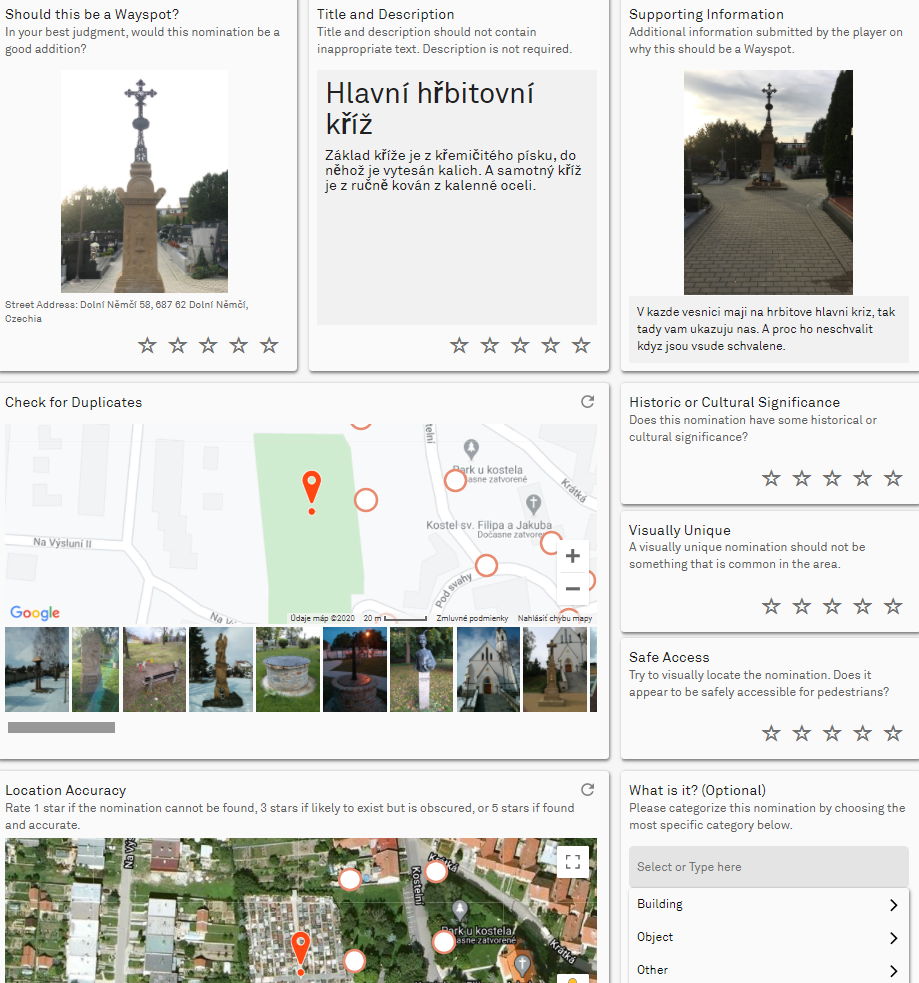