Does this summit marker have a chance?

A friend and I went hiking to a rather remote mountainous area a while ago, we found a not-so-obvious summit marker and submitted it, not surprisingly, it was knocked back simply as not eligible: 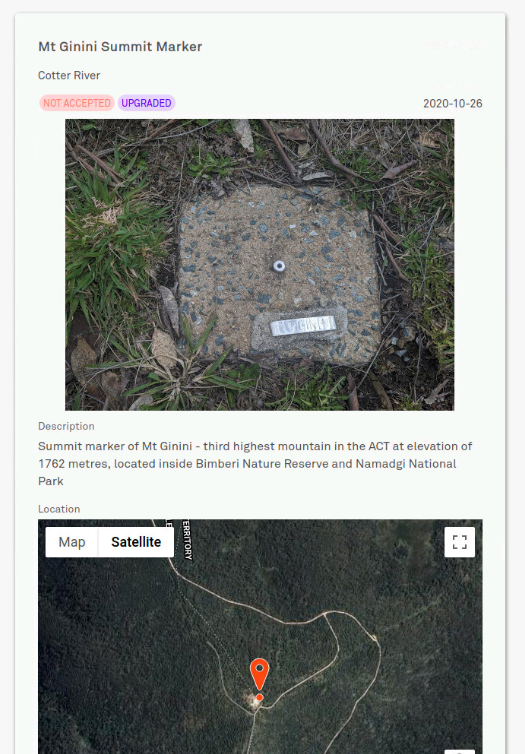 It's not a spectacular summit marker - we can tell there used to be a proper trig there but now days it's just a small piece of metal with "MT GININI" stamped in, that sits between 2 poles which usually denotes a "SC style" survey marker. Summit markers are eligible according to the guidelines, this summit also sits on a couple of trails that are well worth exploring, so I'm hoping we can somehow get this through eventually.

I'm going to guess that some suggestions would be to improve the main photo, do you guys think I should only focus on the metal **** with the mountain name? Right now you can tell the concrete plate that contains the metal **** is clearly a former trig stump of some sort, but if we got really close up for the photo, you wouldn't be able to tell what the thing is that the metal **** is attached to. Or should we just get up a little bit closer and have the concrete plate take up the whole frame and make the mountain name more legible?

That mountain summit isn't easy to go back to, so I figured I'd ask for opinions before going back there.