Nomination Stuck In Queue For 3 Years 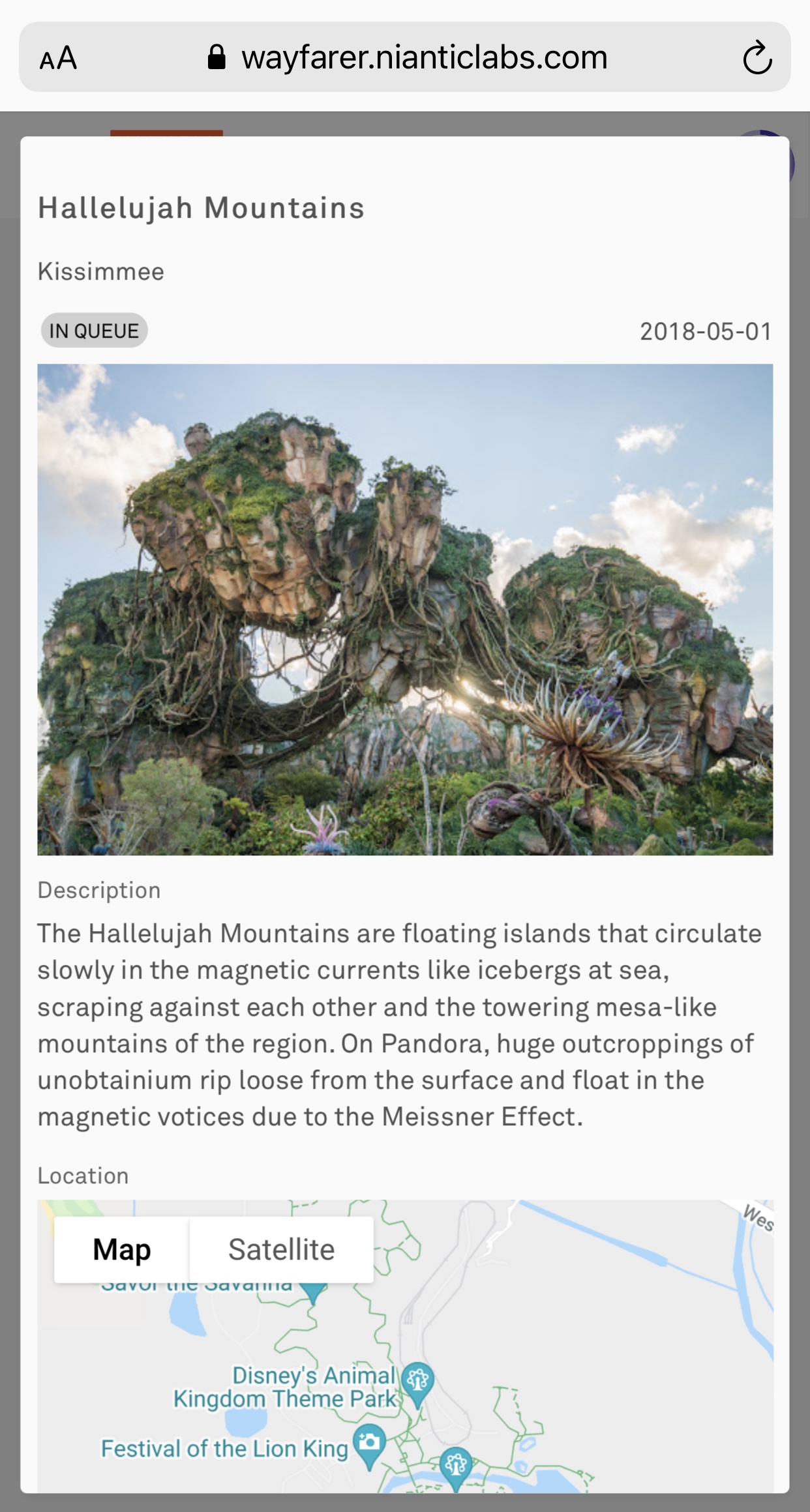 I submitted a stop years ago on a trip to Walt Disney Word through Ingress. These man made mountains are part of a ride. They are very unique. It is not mentioned in the description that they are manmade, but when I try to edit the description, it will not allow me to do so. As of right now, this is placed in an open cell so I would like for it to go through eventually. With the distance restrictions now with Ingress nominations, I am unable to resubmit it from afar. I am also unable to upgrade this nomination to push it forward in the reviewing process. Is there a way to move it along without resubmitting?