Would you reject this as temporary? 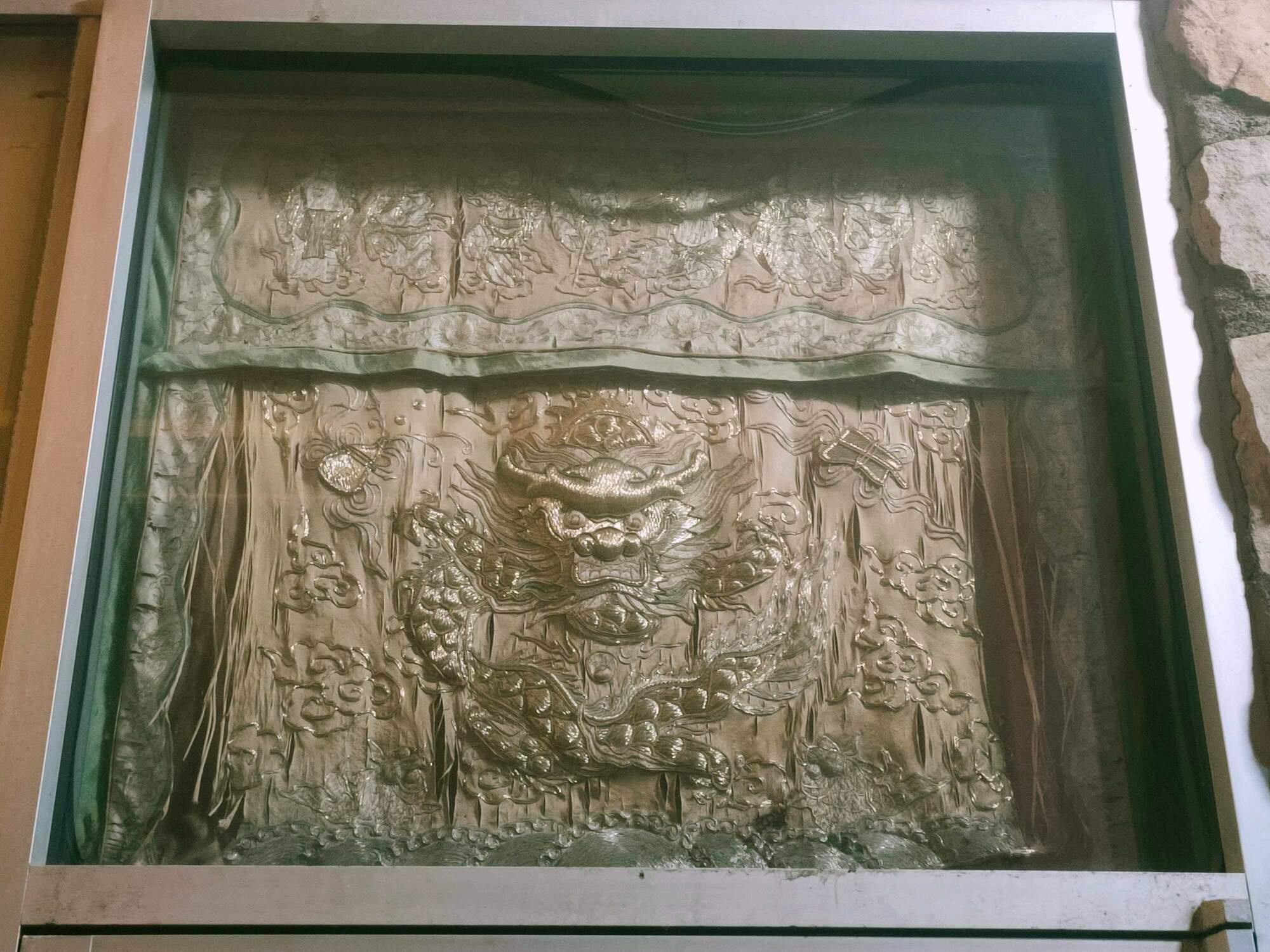 Intended description: This ornate and one-of-a-kind piece of embroidered silk artwork, strikingly-beautiful yet easy-to-miss, has embellished the large glass pane above the doorway to Szechuan Hill restaurant for many years.

Supplemental information: A search for "Szechuan Hill" in Drexel Hill on Yelp will show photos of the restaurant exterior from nine years ago with the silk dragon in place, while a search on Google Maps will reveal photos from six years ago that are also consistent. I have lived in Drexel Hill for thirty + years and the dragon has been there as long as I can remember. Szechuan Hill itself was opened in 1991 but unfortunately I can't find any photos from back then.

This silk dragon certainly has artistic merit and has a long history but I'm afraid reviewers will dismiss it as temporary/seasonal.