The return of Generic Business?

This morning, I got a reject email of a gazebo which had the famed reject reason of 'The real-world location of the nomination appears to represent a generic store or restaurant'. Oh, how I missed this sentence. 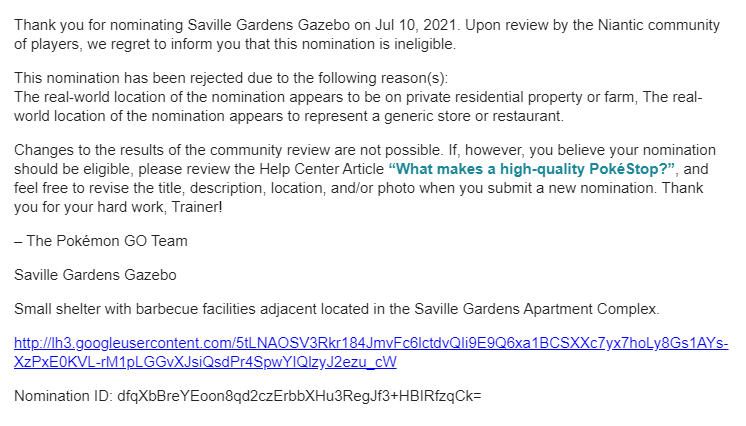 Looking in Wayfarer now, I can't seem to see any instance where this reject reason appears or can possibly be generated, especially when this was submitted three days ago and instantly upgraded. Is there something in the back end that is causing this?