Say you want to nominate a new wayspot, and your language of choice happens to be Hebrew. Cool. As you can probably notice even without any understanding of the language, the text in the box doesn't match the text I typed. It's backwards.

Common sense says that if I type my text backwards, it should show up fine in the text box, right? And seemingly so it does - 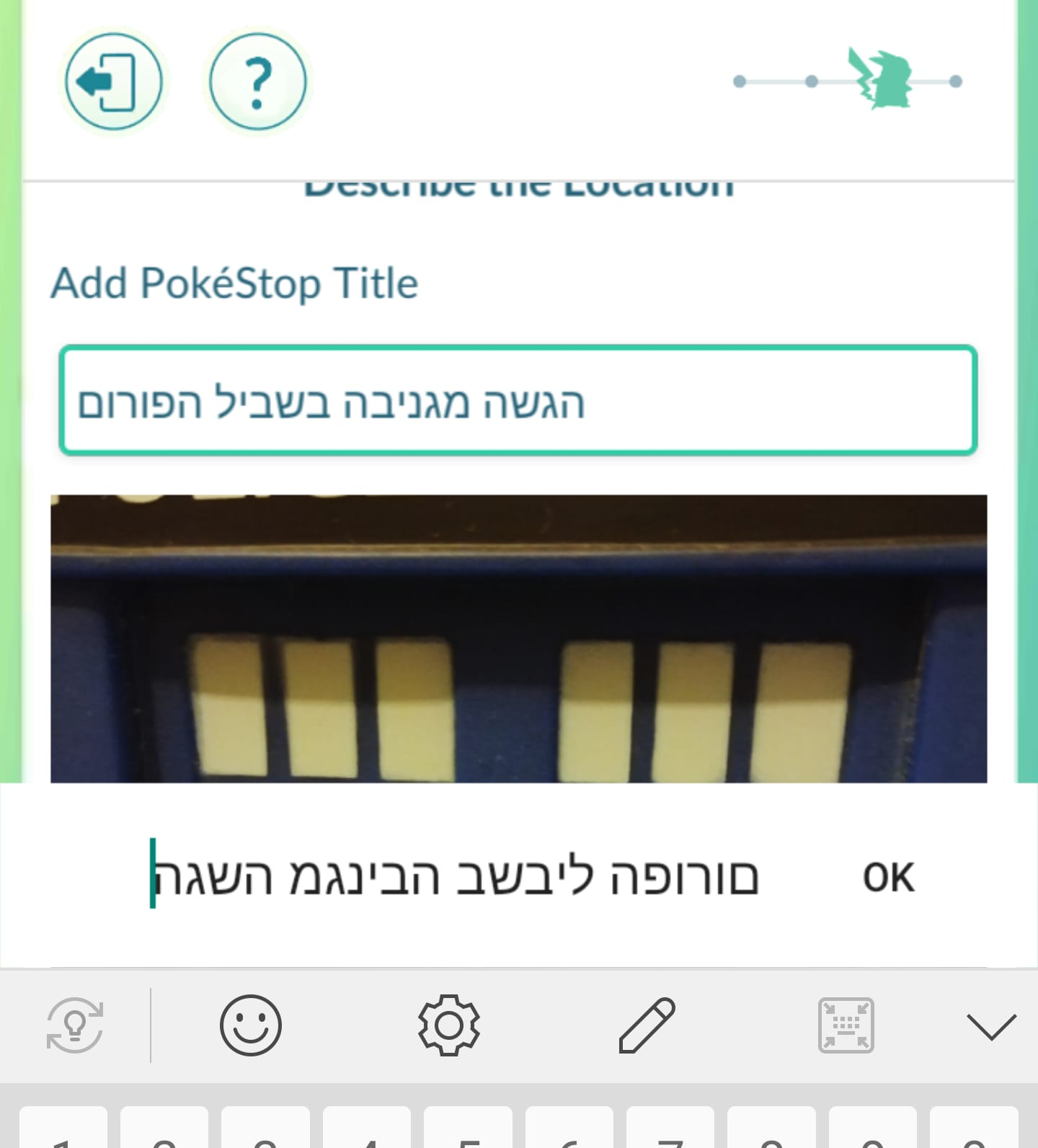 (This applies to the rest of the text boxes in the submission process - i.e. the description and supporting information sections as well - not just the title part. It's also the same on Ingress. It's the same on iOS and Android, and on different phones. It is a universal bug. Although I can say that as far as I'm aware it doesn't seem to be effecting Arabic, which is also written right-to-left.)

So what's the issue?

The issue is that there was nothing wrong with the text in the first place. It's only displayed as backwards during the submission process. Had I actually submitted this nomination, then went to check it on my Wayfarer profile, I'd have discovered that the text THERE appears as I've typed it - that is, backwards! - not as it was displayed.

Problem is, a very large percentage of nominators never touch the Wayfarer website (whether because they're uninterested in it, unaware it exists, or lack the English skills needed to navigate it - many of those cases are kids, as you might imagine). And so they're not even aware that they tried to fix a nonexistent issue with their text - and created invalid nominations (and text edits!) in the process.

The result is that a large percentage of nominations and text edits are made of backwards text, all the time. That also leads to low-quality titles and descriptions - not to mention supporting information - because, as you probably understand, typing stuff backwards is a pain.

So in most cases, those contributions get rejected even if they're otherwise completely valid. In other cases, they get accepted by the community (seeing as this bug has been around forever, reviewers are well aware of it even if many nominators aren't), and then we get low-quality Wayspots that require further edits to make their text readable - adding more completely avoidable edits to the queue.

As I've been saying - this isn't new. I've brought this up myself on the forum at least twice, and I'm aware of at least a couple more attempts made by other people on various Niantic platforms. Nothing has been done so far.

Seeing as Wayfarer seems to be going through changes on various levels, I thought this might be a good time to try and bring attention to this again. Yes, the number of users impacted by this issue is small in comparison to the rest of the world, but its impact on this community is still considerable, and I doubt it requires a ton of coding magic to finally fix it.

@NianticTintino @NianticDanbocat @NianticGiffard - hate to tag, but as I said, this is a very old issue, and I'd hate for it to go ignored yet again.