"I'm not seeing anything from my local area,"

"I'm constantly getting 'no more nominations available' message despite knowing there are nearby candidates that I haven't voted on!"

Location inconsistencies with Wayfarer and the reviews it pulls are not uncommon. A reviewer should see a range of 3 variable locations:

Current play area: this includes your immediate region as well as prioritized (typically by Upgrade) nominations across the country your current area is in

Home location: this can be assigned once (and sometimes but rarely again); similar as above it only pulls localized nominations and not the entire country

How does Niantic know where I am? Typically, your "current play area" is based off of your last played place in your Niantic gaming account. This tends to be prioritized by Ingress, regardless of which gaming platform grants you Wayfarer access. For example, a friend of mine reached level 40 in Pokémon GO and began reviewing. She later began playing Ingress and is not yet level 10, however Wayfarer only resets her location when she plays Ingress.

How do I know where I am? The easiest way to see where Wayfarer thinks your current play area is simply by logging into Wayfarer. Your "featured Wayspots" page is intended to reflect the general area you are in. Sometimes this isn't immediately close - my featured Wayspots are typically an hour drive from where I live, but are still within my review region. If I traveled recently, it would reflect a new area based on my Ingress activity.

Okay, mine is wrong. Make sure your GPS is turned on and you have a reliable data signal. Log into each of your Niantic games that your email and/or Facebook is linked to. After logging out of and back into Wayfarer, your "featured Wayspots" page typically will update within an hour or so. Activity in the game isn't usually required, but actions include interacting with a Portal or Stop, collecting XM, or catching a Pokémon.

But like, mine is really wrong. When Niantic doesn't recognize you as having a location, it displays a set of default "featured Wayspots." Screenshots below, these indicate your current play area as empty in Wayfarer. You can continue to review Bonus & Hometown nominations, but you will no longer see local nominations or Upgraded/prioritized nominations from your current country. 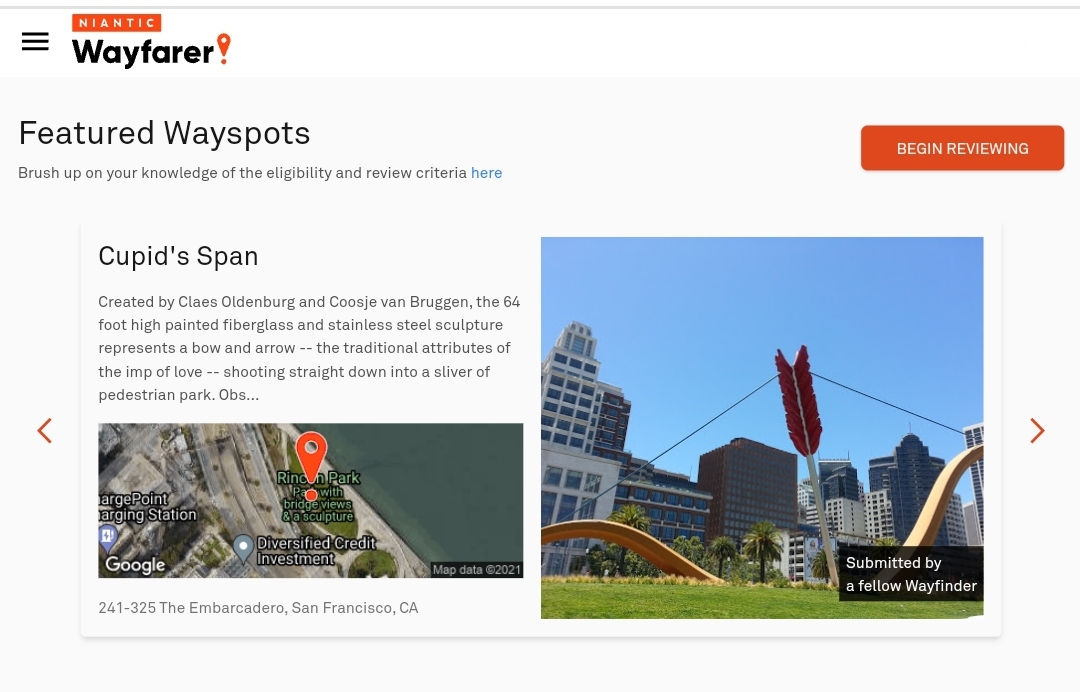 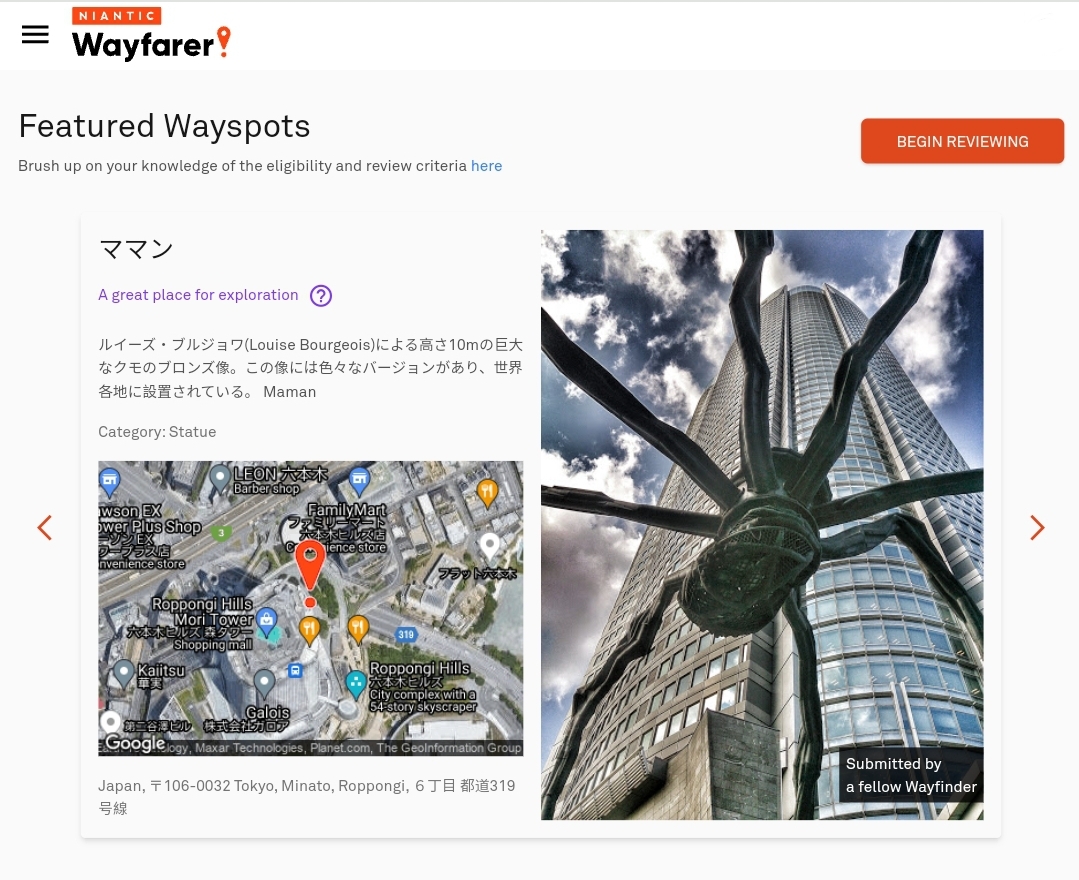 Why does this matter? The first thing I recommend when people have issues with the end-of-queue review message is to verify their location. I personally first noticed this when traveling once and I tried logging into Ingress on a weak signal and I was unable to fully log in - it took me almost a year to connect the dots as to why I'd had the "no nominations available" message and the featured page was "messed up." Now, I actually take advantage of this "feature" when I'm traveling and I'm uncomfortable reviewing local nominations or edits - I turn off my GPS, log into Ingress, and then I only see bonus & home reviews.

Hopefully this information can be helpful to somebody. I intend to link this when people ask why their "featured" page is not accurate to their area.