Each week three new Wayspots appear as 'Featured Wayspots'. These Wayspots are typically around your play area, but how are they selected? Is it random or is there a pattern?

I had observed for a long period of time that the featured Wayspots in my area came from the far south of the metropolitan area I lived in. I found this curious, because statistically the far greater number of approved Wayspots should be from closer to the city centre. It wasn't until a Reddit thread by Mantolwen (https://www.reddit.com/r/NianticWayfarer/comments/gaccwx/featured_wayspots_location_s6_cell_theory/) which made the observation that Featured Wayspots typically came from a corner of a level 6 s2 cell that I started looking into it further.

I was aware from prior reading that the s2 cells follow a space-filling Hilbert curve. (If you want more technical reading about this, check out http://blog.christianperone.com/2015/08/googles-s2-geometry-on-the-sphere-cells-and-hilbert-curve/ or https://s2geometry.io/devguide/s2cell_hierarchy.html). I was curious whether this observation was in any way related to the Hilbert curve within Level 6 cells. 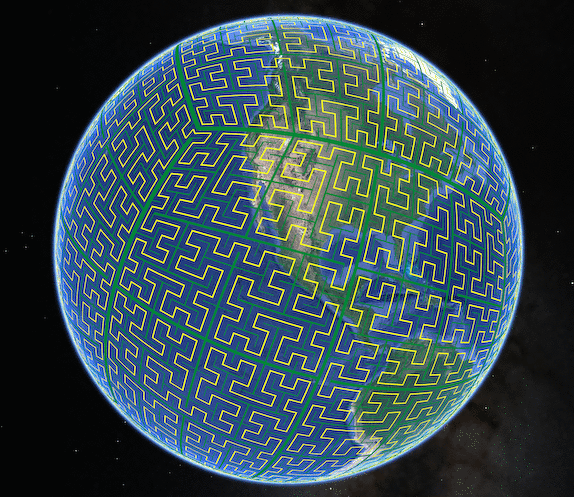 When you select an area using regioncoverer (http://s2.sidewalklabs.com/regioncoverer/), it lists in the bottom left the IDs of the s2 cells that have been selected, with those cells listed in alphabetical order. For example, these are the 16x level 8 cells that make up my level 6 play area, with the cell IDs superimposed. (To tell which cell is which, I just delete one of the cell IDs and hit enter, then watch which cell disappears from the map.) 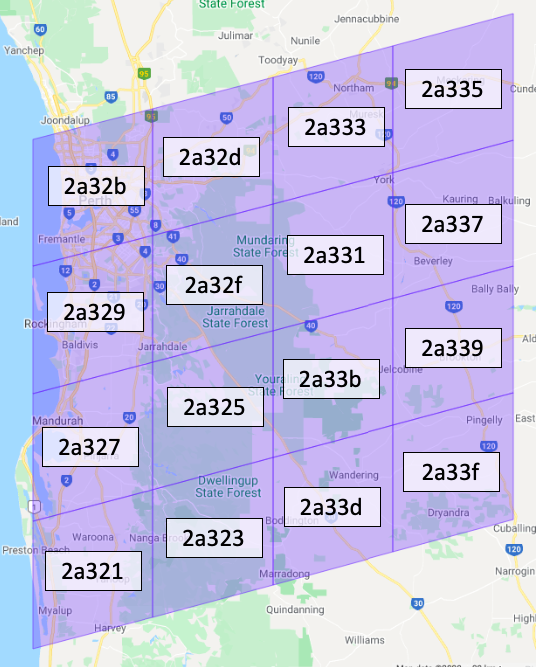 Joining the cells in order by cell IDs results in the Hilbert curve. If following this pattern in sequence, this fitted with my observations that all of my featured Wayspots consistently come from the south of the city. 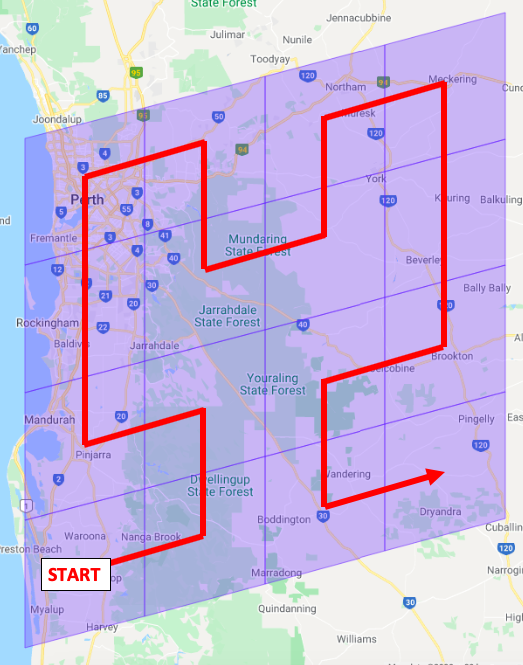 Furthermore, when I looked in detail at the order of the current three featured Wayspots, and found the ID of their level 17 cells the results were:

So not only were the three Wayspots from the general area that was suggested by the Hilbert curve, but the actual order of appearance on the website matched their sequence of appearance on this line. (Note: Level 17 cells were selected because Wayspot #2 and #3 were very close and shared a level 16 cell.)

Based on these observations, my hypothesis is:

There's no significant gameplay effects, this is more of an 'oh well that's interesting' discovery. Although I am curious who will be the first person to use this information to achieve a rick-roll through the titles and/or descriptions of the three featured Wayspots.