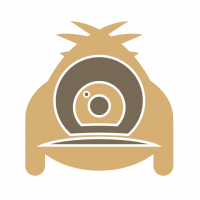 In the last couple days, I've seen various reports in different local groups about Wayfarer bans being handed out for submitting nominations "that do not meet criteria". Here is an example from one of these groups - I made the email anonymous. 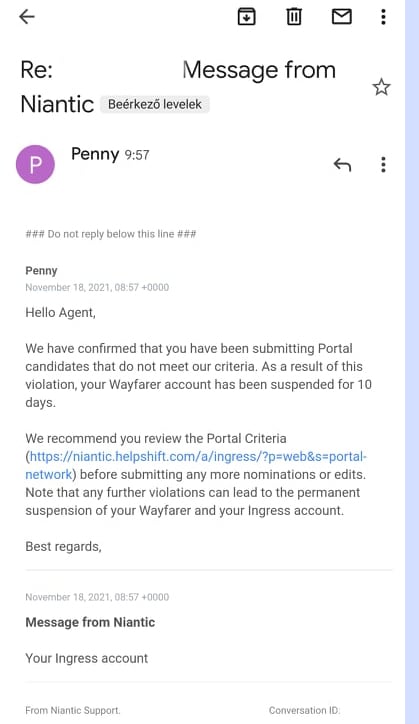 There are two major issues with this in my opinion.

First of all: the emails don't give any specific information on the actual issue that resulted in the ban. One person said that they've submitted a local memorial plaque several times (and it was rejected several times), but other than that, their acceptance/recejtion numbers seem to be average and they didn't have any nominations that were rejected for being fake or abusive (allegedly - I don't have access to their Wayfarer, so I'm just reporting what I've been told by those affected).

This is an issue because I don't think there's any active submitter out there who has never had anything rejected. Even if you're super careful and only submit explicitly eligible stuff like public playgrounds and statues, even those are rejected sometimes. There are also borderline or notoriously hard-to-get-accepted nominations (restaurants, gyms, objects at apartment buildings etc.) that might take several submissions to get accepted. There is no indication in the e-mails that this ban is tied to any specific nomination behaviour (like nominating the same thing several times or nominating a certain type of ineligible object).

Second: nominating ineligible (or even questionably eligible) things should not be treated as equal to abuse. The point of Wayfarer is to filter out the ineligible stuff from the eligible. Nominating something that the community deems ineligible is often (in my experience, most of the time) done in good faith. Submitters actually do think that the park/memorial tree/lookout platform/building they nominate is eligible, I just don't agree with them. If it's not abuse (they don't try to misrepresent the location, influence reviewers, lie about the object, submit a fake etc.), I see no reason to punish submitters beyond having their nominations rejected. As an educator, I am vehemently against treating people who make a mistake the same way as abuse. This current situation, to me, seems very dangerous and counter-productive.

In conclusion, the way this is handled does nothing at all to educate nominators or help change the behaviour that led to the ban in the first place. The only thing it does is plant doubt into anyone's head: "will I be in serious trouble if reviewers decide to reject my submission?" That's not a great thing for the future of Wayfarer.

@NianticTintino @NianticDanbocat @NianticGiffard, I'd like you to share your opinions on this matter, because I feel that this is a very important and serious issue.