Most disgusting rejections of the last days

The reviewers during the last days did a very bad job. So there is need to do something. Education is very often asked for. Imho oppinion my examples here are worth strikes for those, who rejected. 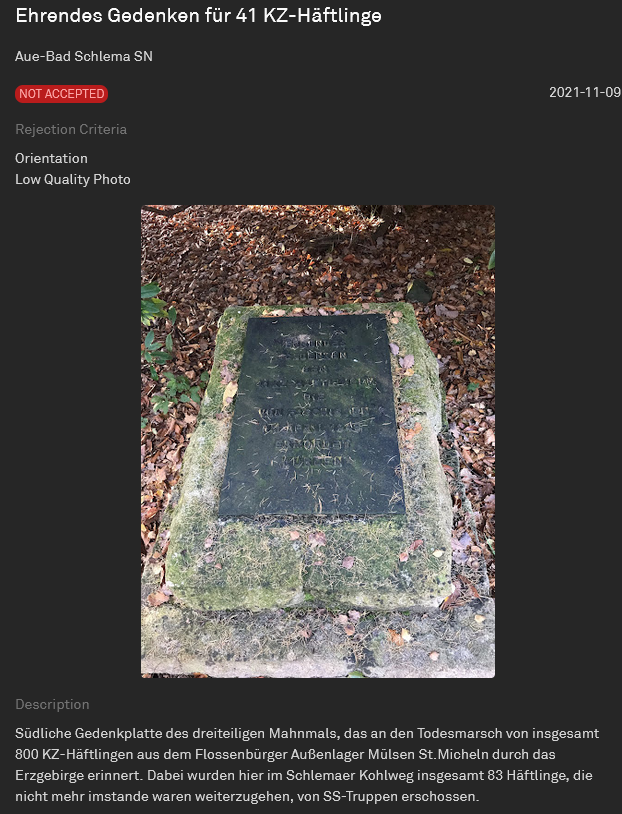 Maybe it's difficult to read the inscription in that resolution, but in full size it's easy:

Literally translated: Honourable rememberance for 41 Concentration camp prisones, that were murdered by fascists during april 1945

Southern memorial plate of a threepartite memorial complex, that is reminiscent of the deathmarch of 800 prisoners of concentration camp Flossenbürg's subcamp Mülsen St.Micheln. The march led to the ore mountains. On their way were 83 prisoners murdered by SS troops at this place, because they weren't able to walk any longer.

one of 3 parts of a big memorial at this place, ATTENTION there is another memorial plaque that looks very similar to this one; NO DUPLICATE; memorial is for 83 concentration camp prisoners, that were killed in this area by SS troops during april 1945; so there are these two memorial plaques, that are each for half of the killed people. most detailed website about this: https://www.eric-dietrich.de/2020/04/17/die-opfer-mahnen-todesmarsch-jaehrt-sich-zum-75-mal/

So what do these reviewing m0r0ns expect.....

Those, who clicked Orientation: Shall I stand on the memorial for taking a picture without any angle? How about piety? This is in fact something like a mass burial site ....

Those, who clicked bad photo: where do they find any rejection criteria? Is it for them a bad photo, because the inscription is difficult to read? They simply have to click on that picture. It's easy to read then.

Late-Medieval mine as UNESCO world heritage 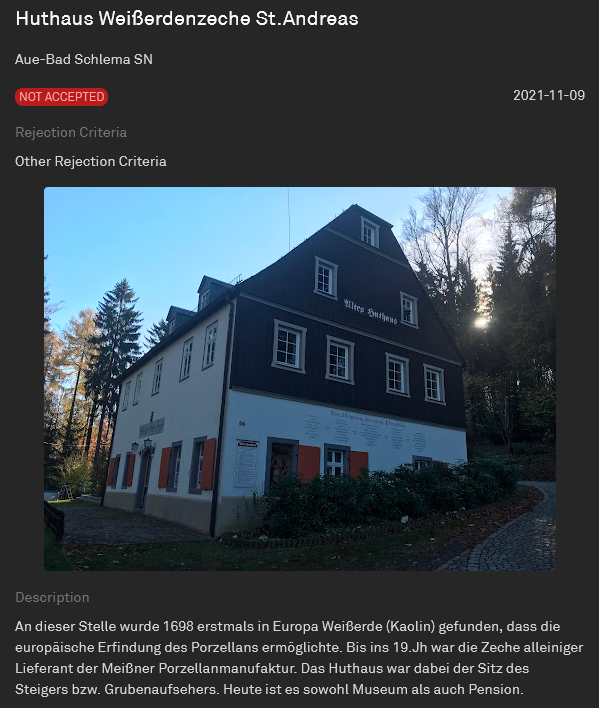 Supporting statement is roughly the description in english:

former staff building of Europes first Kaolin mine. This led to the European invention of porcelain, that is made from Kaolin. Mine built during 1698 and used until the early 20th century. Today this building is used like a small hotel and the area is starting point of an educational trail about mining history. See the lots of infoboards around there. https://de.wikipedia.org/wiki/Wei%C3%9Ferdenzeche_St._Andreas

So I didn't mention in my submission, that it's part of the Unesco world heritage, since I prefer objective information about the object. That it is Unesco world heritage is only a consequence of this and imho information of 2nd order. This place is more than obviously wayspot worthy and should be totally fool-proof. Lots of infoboards around the house, lots of inscriptions at the walls. Google marker given, and a noteworthy wikipedia article. How sloppy can a reviewer be, to not see that this is a 6* candidate?

Unique infoboard is short in uniqueness .... 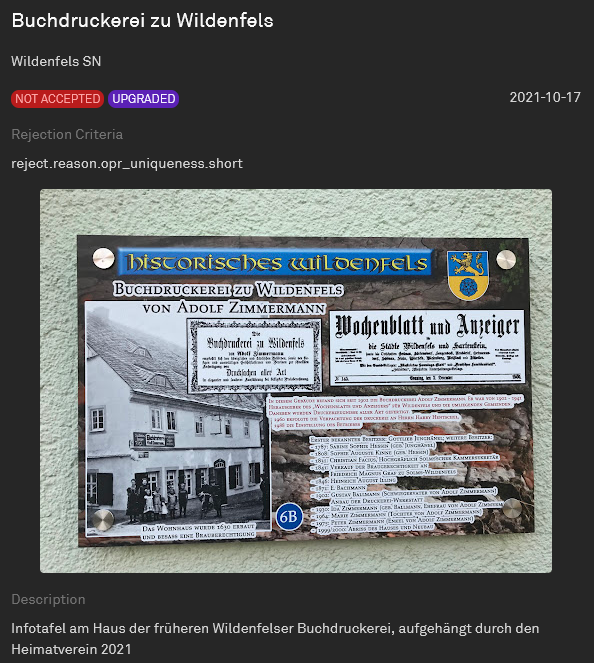 This infoboard is made for the special house, that it is placed on. (a former printery, so it tells about its history)

It's part of a series of infoboards, easy to see because of the number 6B on the bottom. Nethertheless the serious of infoboards is totally unique: all boards are for special old houses of the town. The town crest and towns name are on top of them.

The other way of interpretation of the uniqueness-criterion is, how easy is it to spot the candidate. This infoboard is colorful af ... 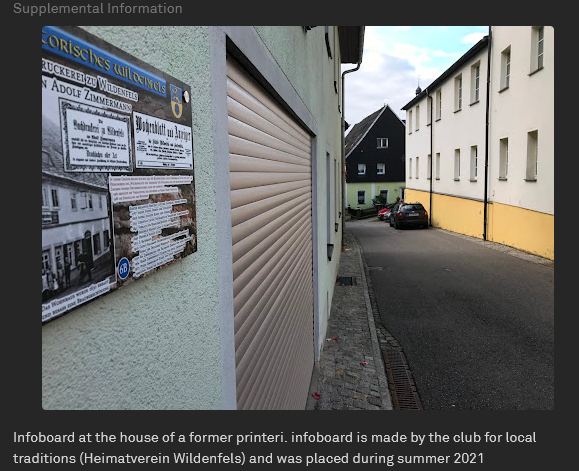 Problem might be, that a similar infoboard (the one with No.6A is nearby). Are the reviewers to lazy to click on the images to see, that this is a different one?

So @NianticTintino @NianticGiffard please do something, that the reviewers don'T do their job so sloppy and shallow. Education ..... ban those who rejected.

It's simply disgusting, that even such 5*-no-brainer can get rejected.

And further ..... why is it even possible, that subcategory uniqueness can lead to a rejection?