Screenshot of the Rejection Email: N/A (I reported this through the Wayfarer form and nobody responds to those) 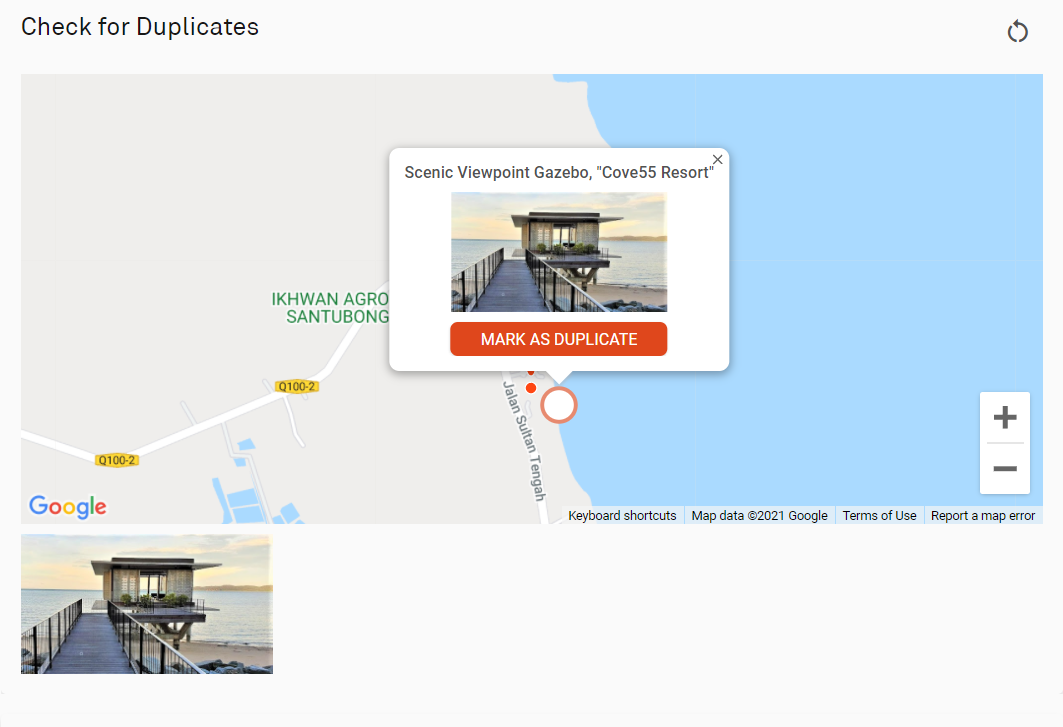 Image of Google search showing a larger, uncropped version of the same image (the same image doesn't always show up on the front page, this screenshot is from a week ago when I first reported it):

The same uncropped version was used as a supporting photo in their submission before, and the submission photo is just a cropped and edited version of that:

Larger version of the Google photo: 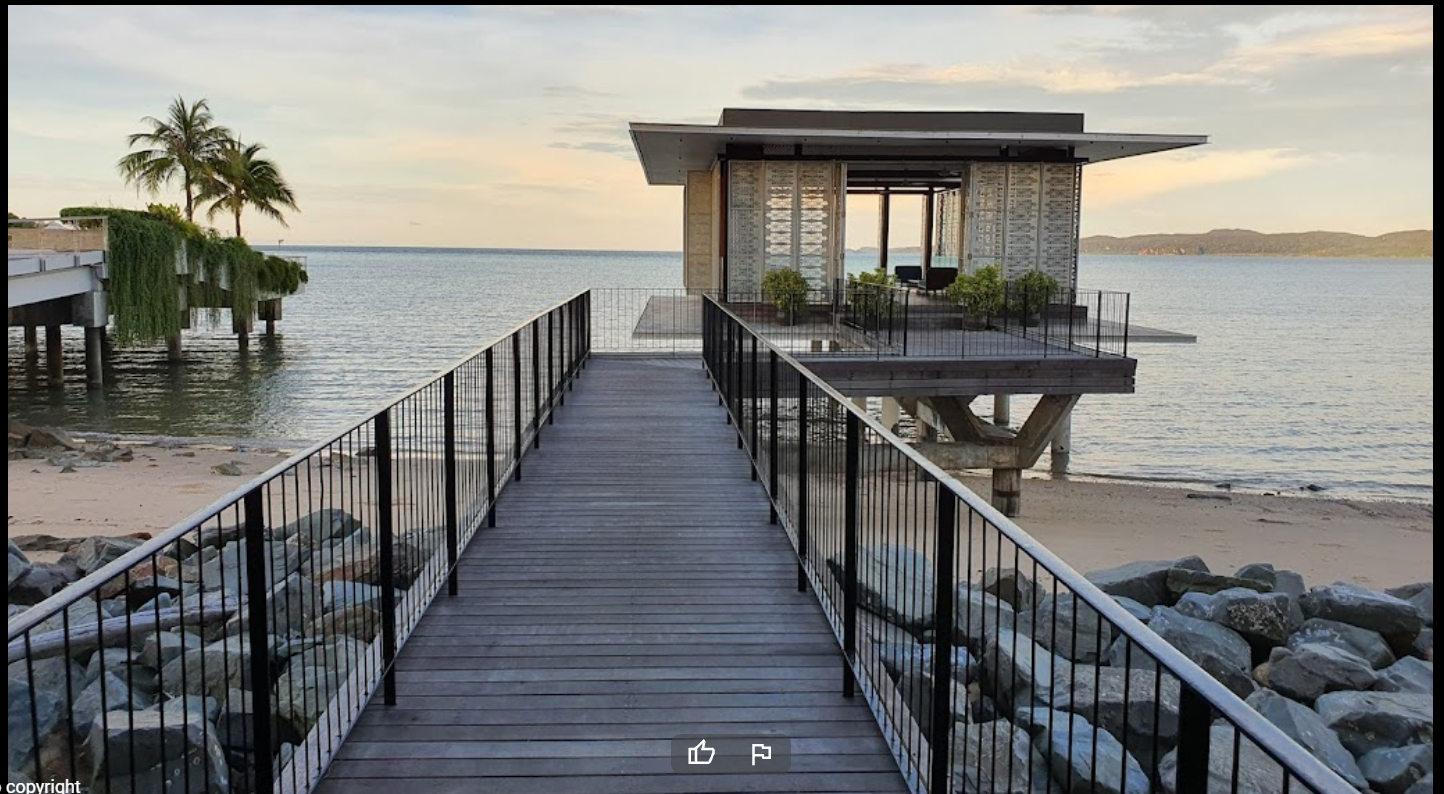 For easier comparison, I put it side-by-side and also marked out some strange circles that look like some kind of cursor or editing mark:

The submission photo is just a lightened version of a photo that's on the hotel's page on Google, with some weird border effect on only the right side of the image and a strange circle on the walkway.

I've found the supporting photo on Google (right side, second from the top):

And there's the submission photo, looks like they flipped the original horizontally before cropping it and colour-filtering it (left side of the screenshot below):

There are probably a lot more of these that were approved already in other areas, as I really only noticed this by coincidence since the original Google photo showed up on top the first time I checked the resort name.