What are the real criteria for sidewalks?

So I got an indication rejected because "it was PRP". The indication was an unique piece of street art, shaped in the form a wishing well, with flowers inside, like a mini garden. It's in the sidewalk, and the sidewalks are very well delimited over here. You can clearly tell where the propriety ends and where the sidewalk starts because of the way the houses are building over here. So if the sidewalk is PRP, why there are other wayspots near the same place?

There's a small church 200m (650ft) away from the place I indicated, and it's exactly the same sidewalk. I know churches are easy to be accepted, but if the sidewalk is PRP, that means you have to go through the "neighboring properties" to access the church, right?. I'm not comparing a church with a small street art, but if the whole issue is about transpassing, 70% of the wayspots in my city will be removed, because you need to walk through the sidewalk in residential areas. But if walking through the sidewalk to access a wayspot is allowed, why can't some unique art that is in the sidewalk be approved?

To make it clear, I got this example from Google. The Brooklyn Christian Congregation. This is a pokéstop: 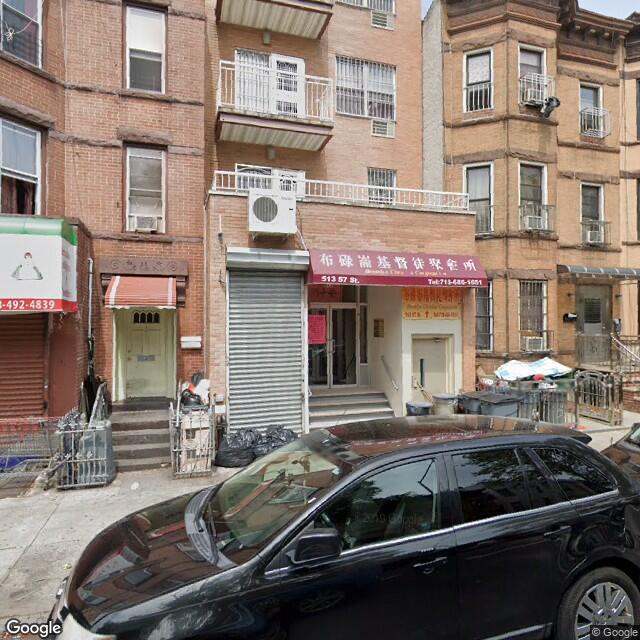 Most of houses over here are like that, near each other, sidewalk and street very well delimited. And the church I was talking about is also like that. Just a normal building, nothing historic or unique.

So to access the Brooklyn Christian Congregation wayspot you need to walk through the sidewalk, in front of residences. Sidewalks can't be both allowed and not allowed, and they can't be allowed only in one spot of the street. And apparently there are hundreds and hundreds of wayspots exactly like that. Sadly I can't check other examples over there, but I'm sure there are some street art over there that was approved.

Here's one example of the "churches" over here: 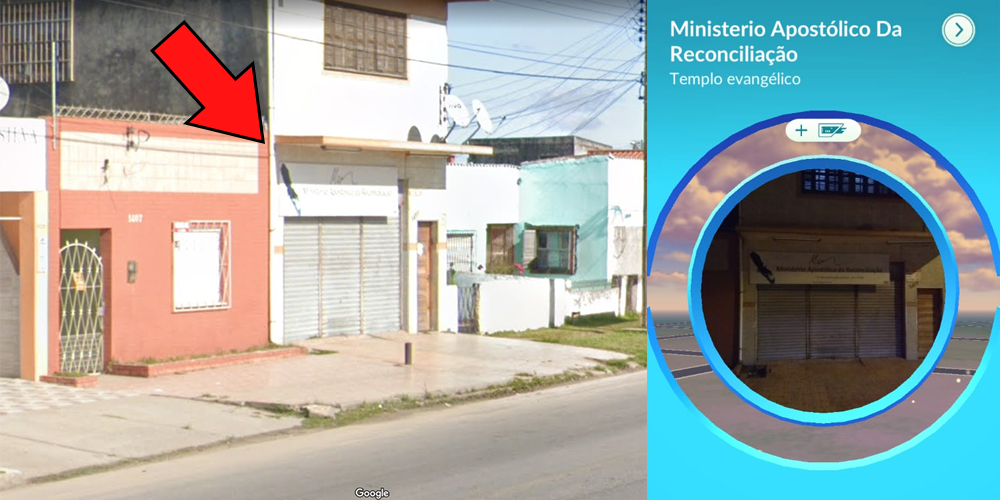 The facade is 6m (20ft) long. There are a a lot of waysposts like that over here. And I can see there are waysposts like that all over the world. So who said that I can't stand in front of that red house to access the pokéstop? Even better, when they're open, people will for sure not stand in front of the church because that will be awkward. Well those places open like twice a week, and there are usually like 15 people inside.

I just think that makes no sense, places boring like that, be allowed, and some unique street art be rejected because it's in the sidewalk.

Now before you say anything, yes, I'm aware that it may be annoying to see people stopping 3m (10ft) away your window for 10 seconds, even if the sidewalk is public space, and "legally" you can say people will only stop in front of the church. But still, like I said before, technically it will still make people stop in front of other houses for 10 seconds, both over here and over and over the Brooklyn Christian Congregation. So basically those churches (plus any other situation where you have a wayspot between houses) and the art in the sideway are the same, since there's no way to stop players from staying in front of the houses.

I'm really annoyed that half of pokéstops near mey house are like that. I want more places with sport and art over here, but those keep getting rejected due random criteria. Guess I'll have to open a church with some art and outdoor gym in the front, so this way it will be accepted. And trust me, making churches like that over here are very easy. And you don't even need to pay taxes.

Anyway I'll keep looking for interesting places with art and sports nearby. And you can discuss about the sidewalk ambiguous criteria over here.