Unless I cut the tree down I am screwed for trying to do this one. Also why a poor quality photo? The last rejection was for a live animal (there were no animals in view (including humans as humans are animals)).

I do not know about anyone else. But 50% of all stops seem to have trees, grass, flowers etc of some kind in the photo. So what the actual?

I have finally resulted to appealing.

I was in inside it the other day. I sat in a glass alcove looking into the substation with its enormous vaulted room. Walked around the building where they have exposed and explaind the various heritage listing criteria. Such as the hydraulic lift. The extraordinary high ceilings and so on. You really get a sense of why listed. 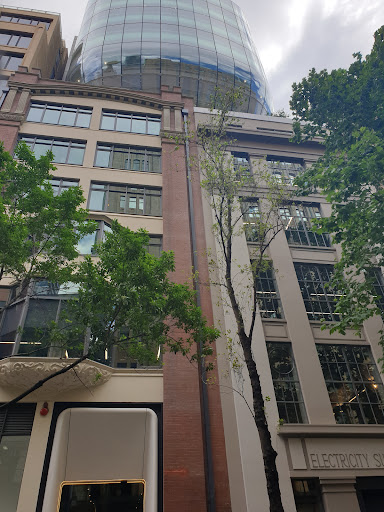 Renovated "federation warehouse" with Chicago industrial influence built 1909 for Norman Shelley. Heritage listed 2016 as significant in terms of historical and rarity value - in particular the intact original fabric of the Clarence and Kent Street façades, external pavement lights, interiors and basement. Conserved 2020 with next door Electricity Substation 164. In the lobby a glass wall looks into the substation. Listed as heritage commercial with cultural space with new "cloud style lightbulb" above. 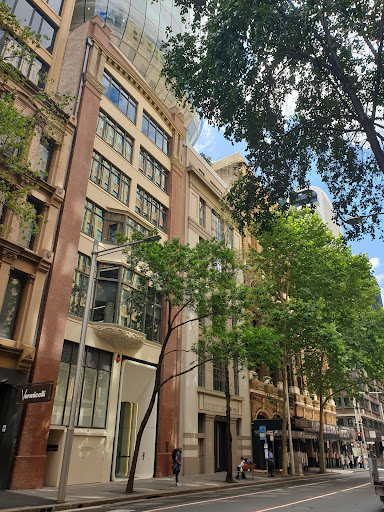 The building is also rare for its integrity, internally and externally, compared to warehouses of a similar period in Sydney. The warehouse also represents a good and intact example of the Federation warehouse style which makes reference to the ‘Chicago Style’. There is a meeting space inside lobby where Sydney City Council has placed heritage listing and building information. In the lobby the original warehouse doors to the substation appear to float in the newly created large high ceilinged open lobby. The State Heritage Listing here https://apps.environment.nsw.gov.au/dpcheritageapp/ViewHeritageItemDetails.aspx?ID=5062496 and a background on the new architectural build here https://www.ttw.com.au/projects/183-185-clarence-street/