Screenshot of the Rejection Emails: 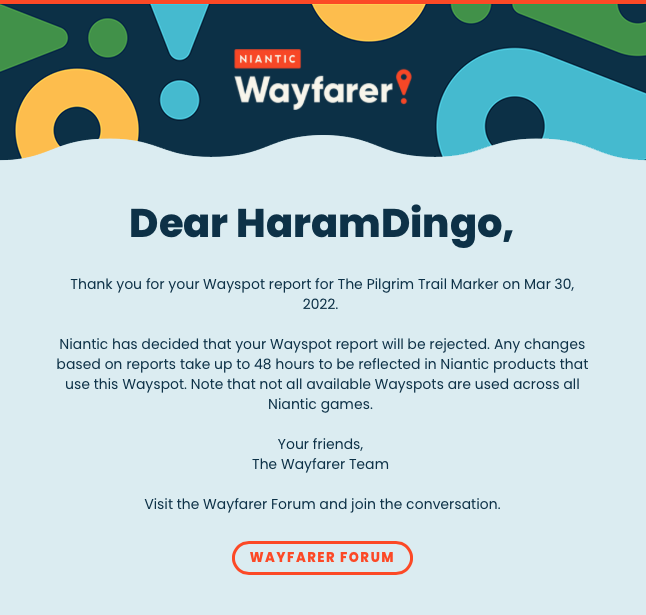 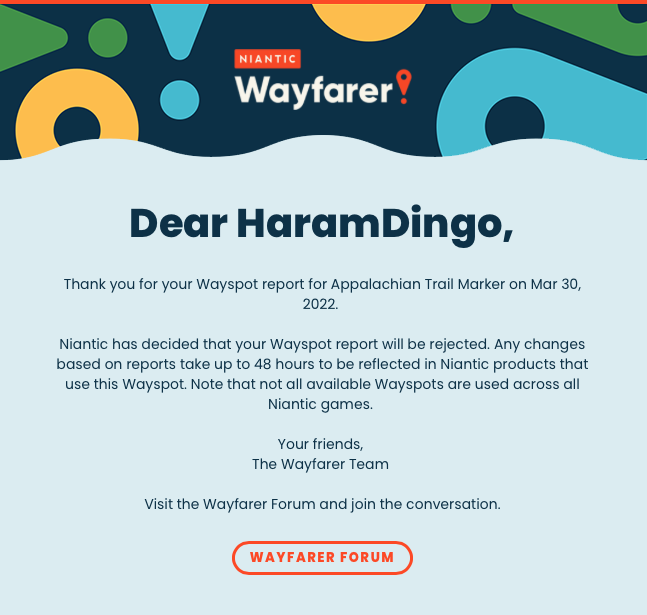 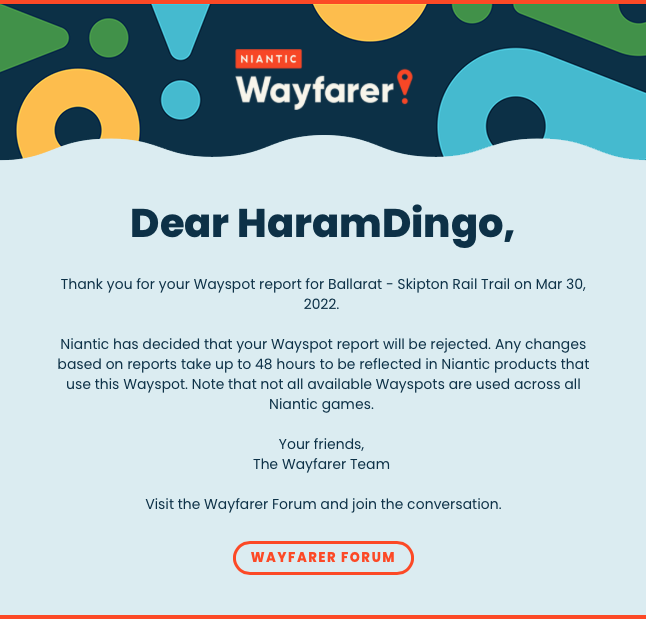 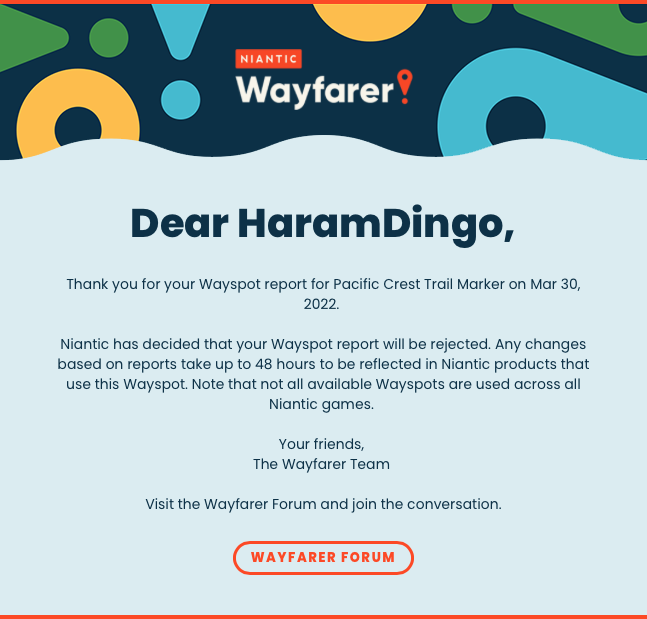 Literally all four of them are either just paper laminates stuck onto a random pole and you expect these to be legitimate? Let's have a closer look at one of them.

It is literally poorly cut out paper of the official trail that each of them represents. 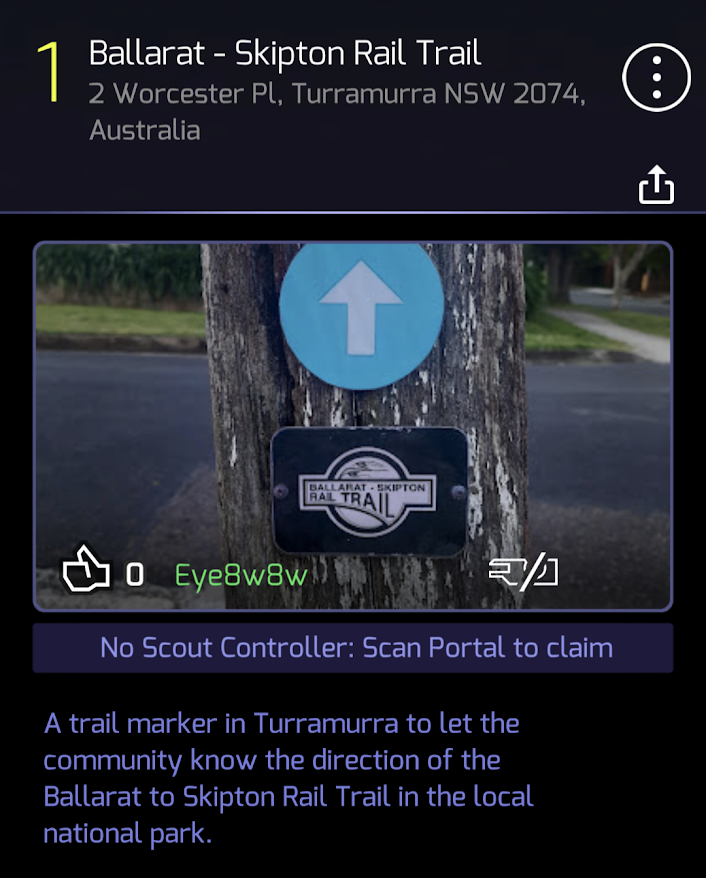 All of these were done by what looks to be, a spam Ingress account solely levelled up to Level 10 spam nominations to tire out reviewers. There is another blue Ingress account being built up in the area.

Furthermore, is it a coincidence that they all have the same blue arrow pointing for each one? Regardless of the fact that these are named after four actually significant trails:

Do you expect these four trails, two of them on the other ends of Australia, and two of them in the United States to magically pass through Turramurra in New South Wales? Absolutely not.

Additional information: Unless you would like to ask someone like @WoodWose-PGO or myself to waste our time, efforts and fuel and take photos of these horrendously fake trail markers at their respective location, then I would highly suggest removing these fraudulent trails and then completely ceasing the abuser from trying to re-propagate it.