As the header says, an appealed nominations reject by Niantic now has added "customized" text to support the rejection. 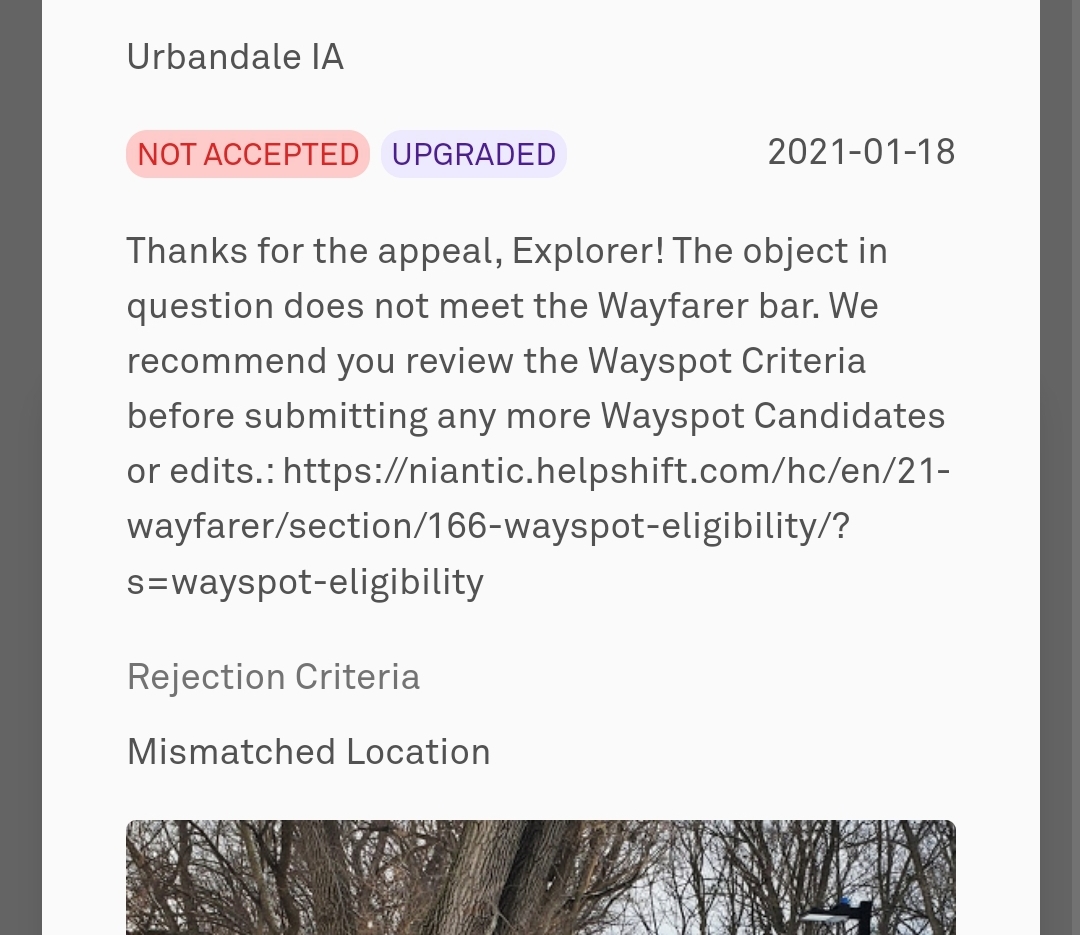