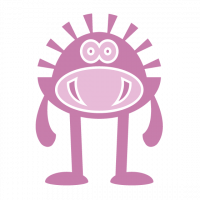 How many days, weeks or months before a accepted Pokéstop submission will become a Pokéstop or a Gym in the game?

Have a nice weekend everyone 🤩