Wayspot no longer exists / is not safe to access 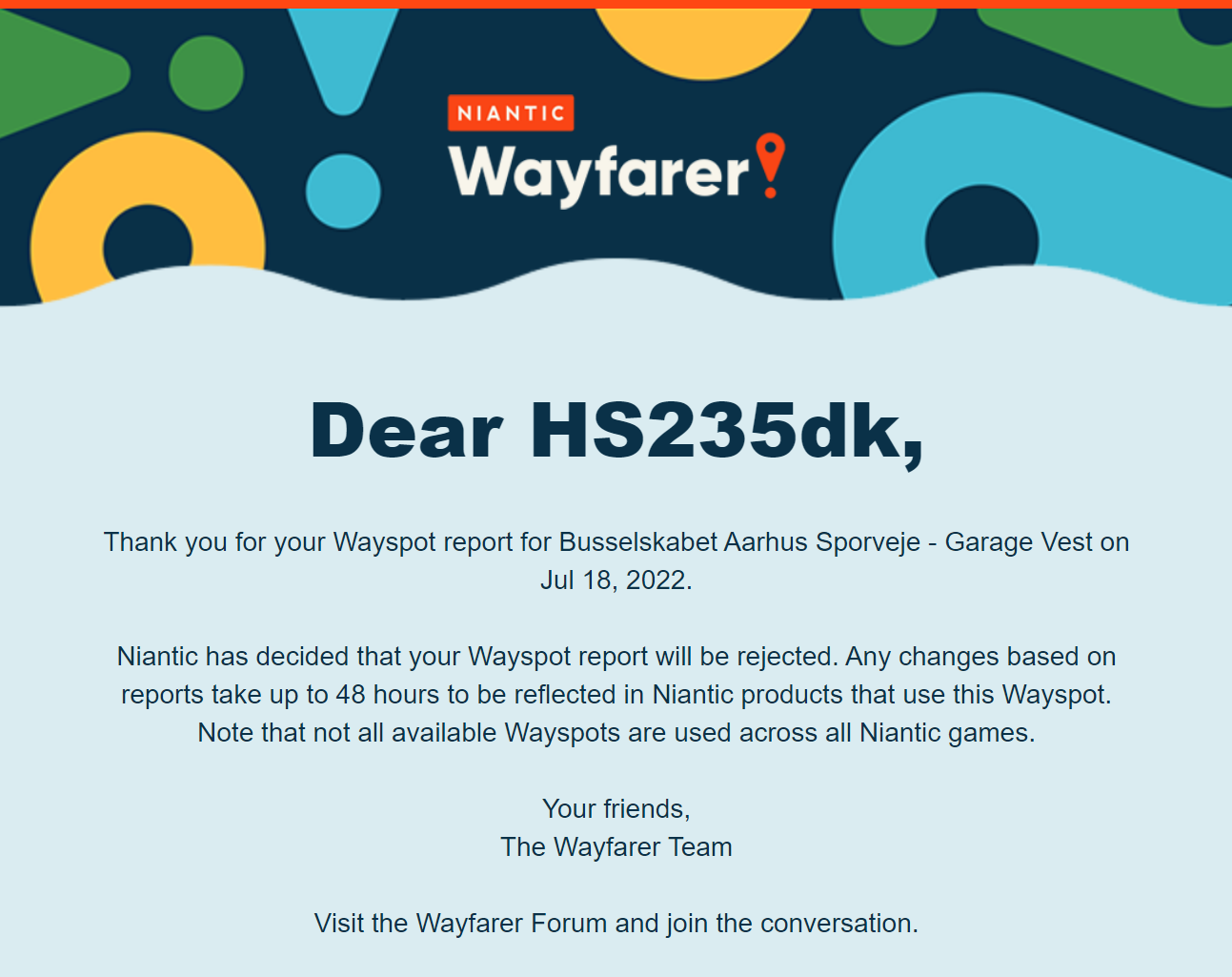 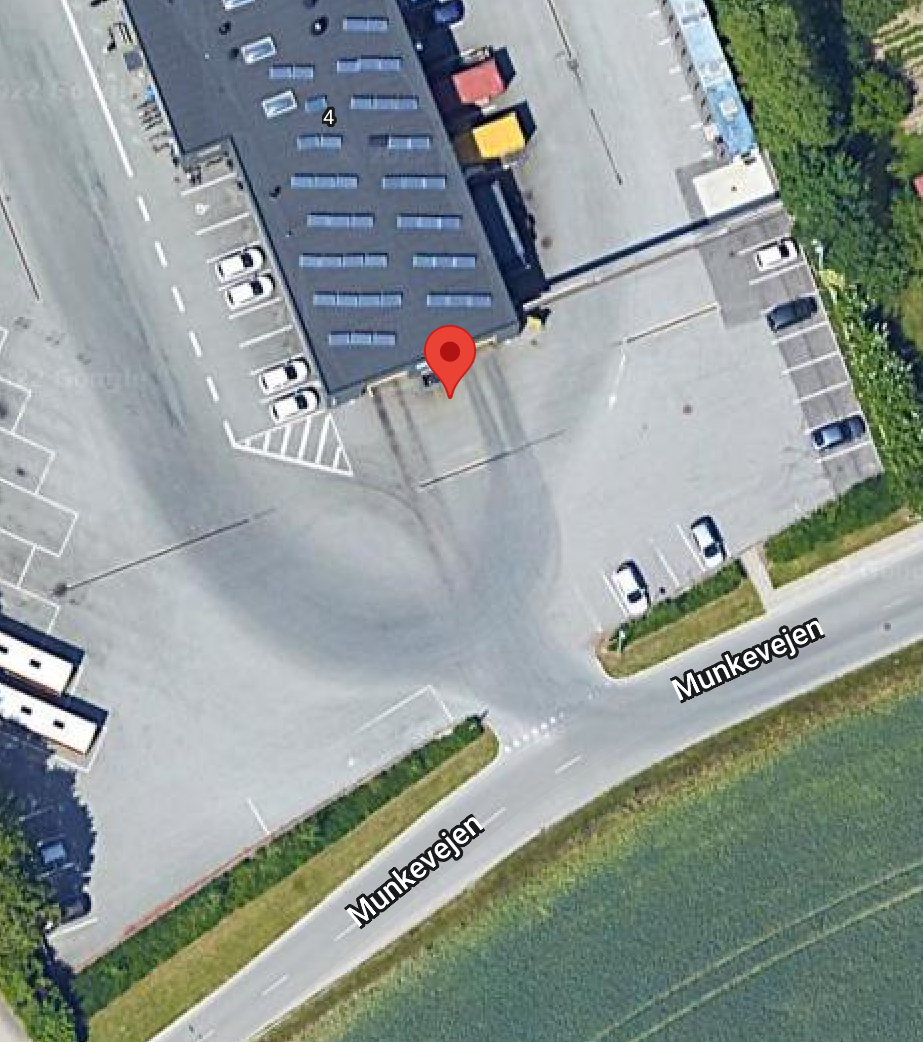 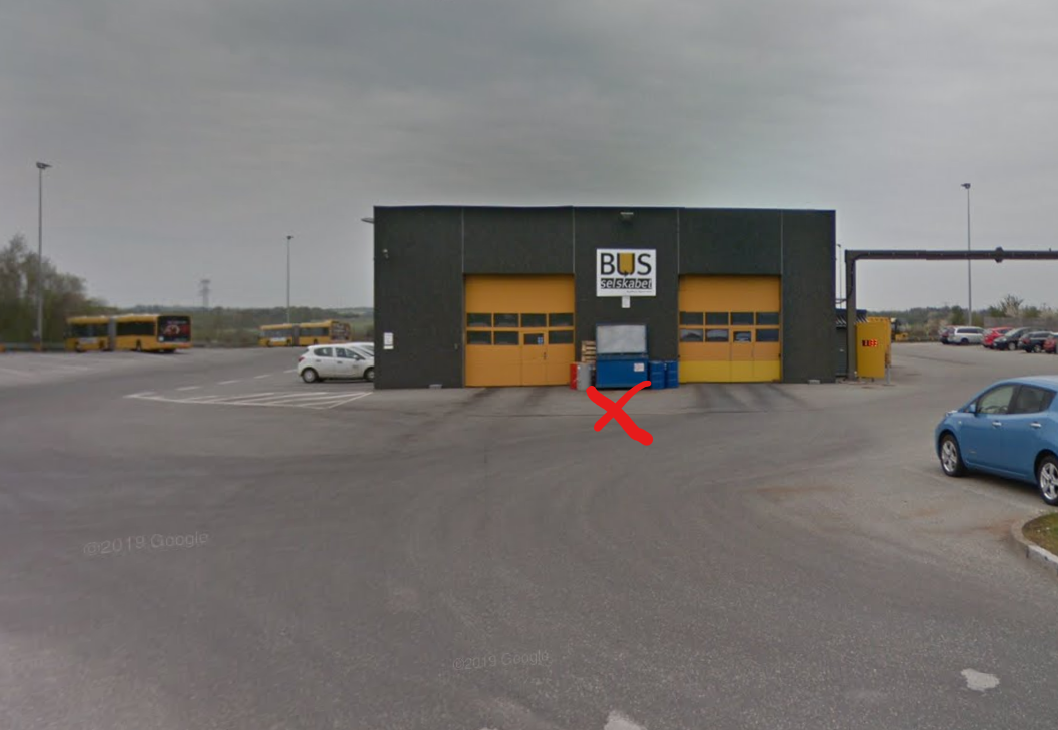 Wayspot is placed where the red marker is. The building is office (entrance from the side of the building), repair facility and bus-wash. The wayspot is placed directly in front of the exit from the repair shop and the bus-wash. You can see the tire marks on the asphalt where the city busses are driven at all times of the day. You're not supposed to go there as a "civilian" and it is dangerous, especially for kids, since the mechanics do not expect "random" people to be standing there.

There used to be a bus stop at this location (the square marked to the left of the entrance from the road) which was previously used as a reason to keep the wayspot. This bus stop has now been removed due to changing of the routes. Now, this is only a bus depot, there is no bus stop and "random" pedestrians are not supposed to go in to the area.

Bus stops are marked, on Google Maps, like this:

The screenshot, from Google Maps, above does not have this marker where the bus stop used to be, showing that it has been removed.