I don’t know why I keep submitting…

These submissions got rejected for the most absurd reasons. 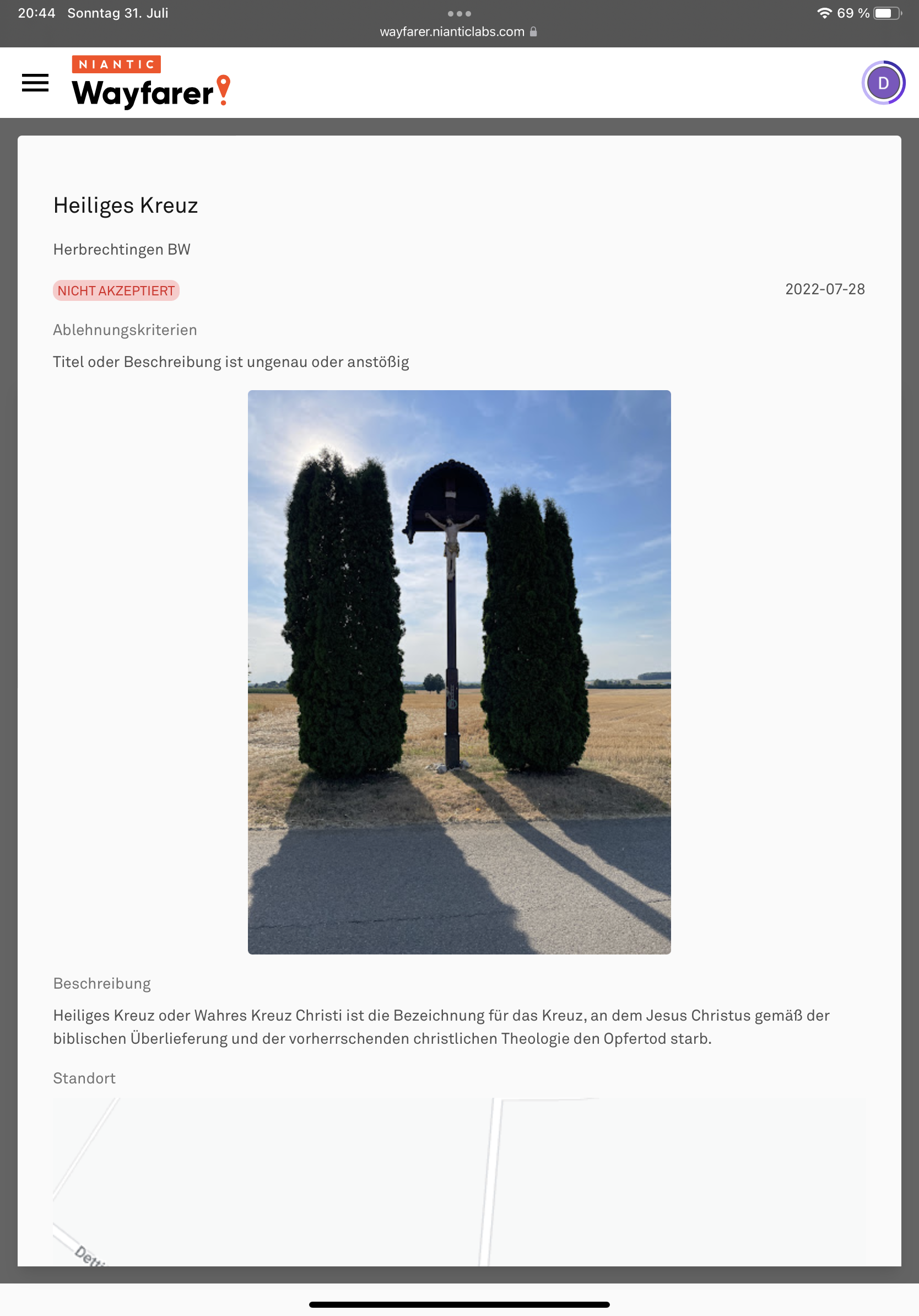 Fact: The description is straight out of Wikipedia. The title reads „holy cross“ 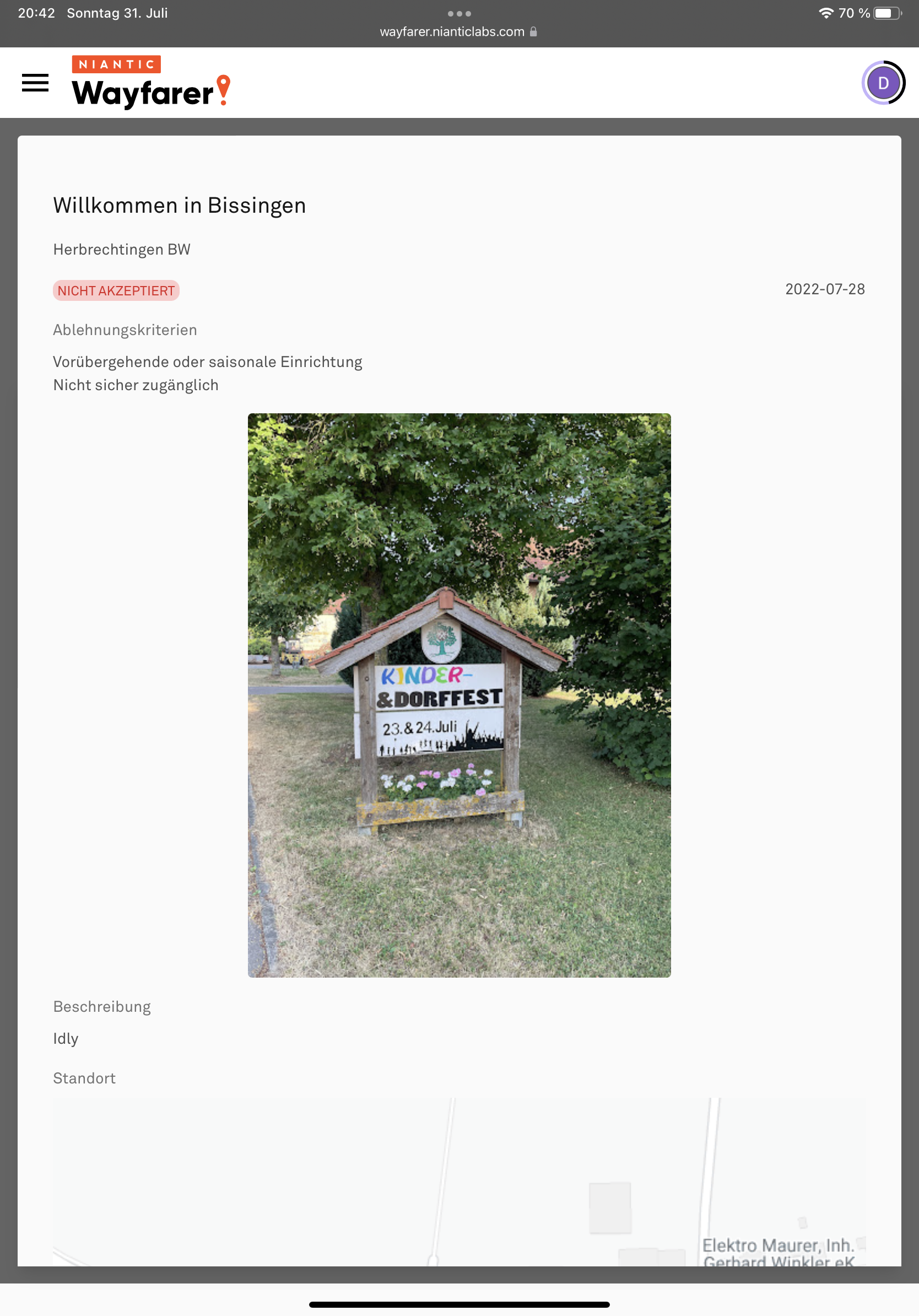 Reason: seasonal and not reachable

Facts: It is clearly not seasonal. The content may be but not the display. 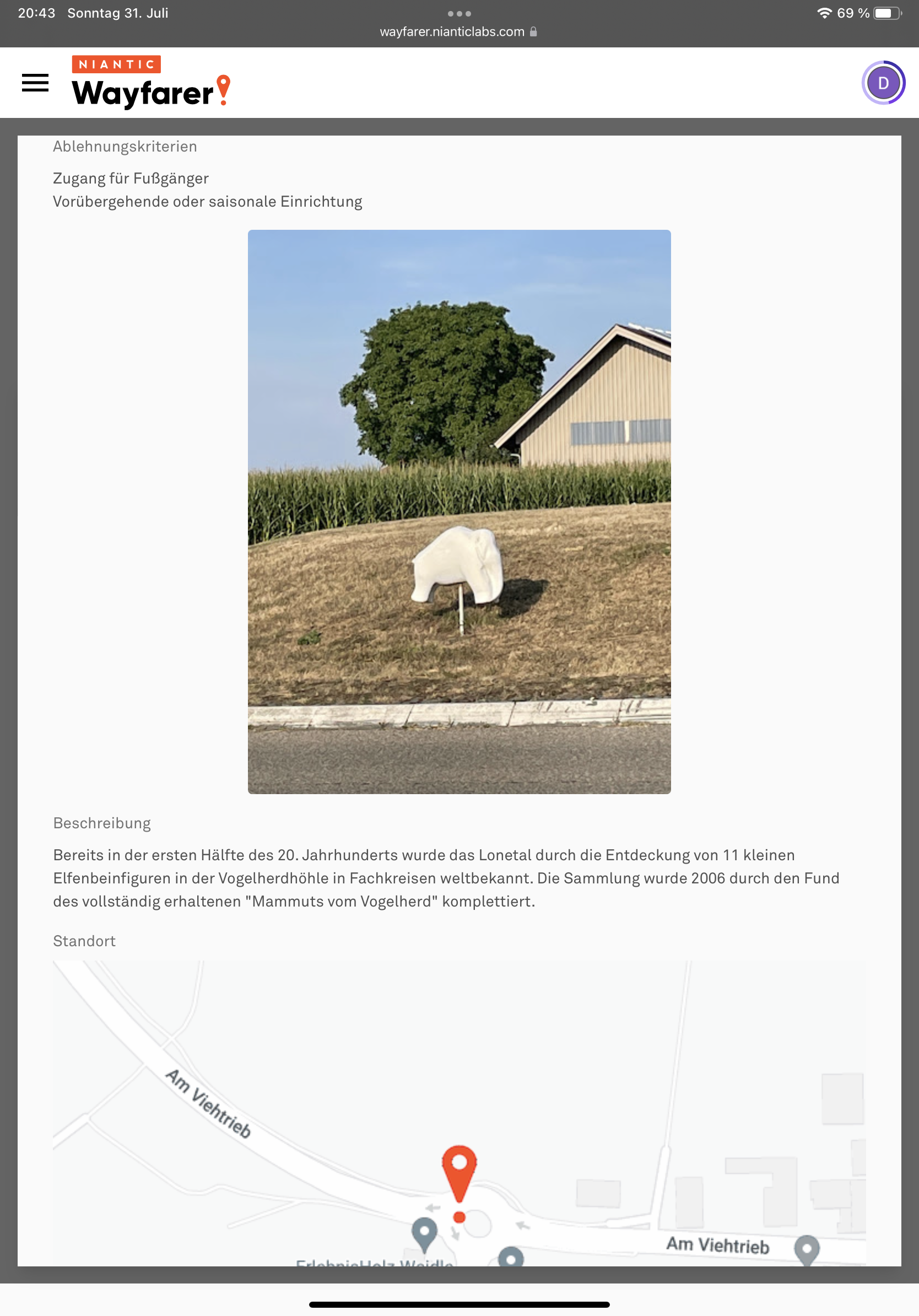 Reason: Not reachable and seasonal

Facts: I’ve literally taken the picture from the walkway. How is this supposed to not be reachable? And it is clearly visible that this is a fixed display.

im fed up with this …