please advise to improve my nomination. unknown reason for rejection.

Greetings to followers of this thread.

First time posting here. I should note, I appealed this rejection*, and can't withdraw the appeal at this time. Had I known this board existed before I appealed, I probably would have withdrawn the nomination entirely first before I appealed and fixed whatever the board recommends first, or whatever Niantic suggested as wrong with the nomination. I find the explanation a bit lacking in specific details that I can decipher however. So maybe you all can figure out for me what Niantic meant. See below:

EDIT: I got an email from Niantic on the subject, and it said this:

"Dear _____, Thank you for submitting your appeal for your nomination: Sunset Ridge Park Northwest Parking Lot, originally submitted on Aug 3, 2022. You worked hard on your nomination and appeals give Niantic the chance to carefully review the validity of the community’s decision if it has been rejected.

Your appeal will be reviewed in the order it was received. You’ll receive an email notification when the appeal has been reviewed. You may also check the status of your appeal on your Contribution Management page.

Thank you for your dedication to Wayfarer!

This is in reference to the dot I marked on the Northwest side of the map below circle in orange bordering the road.

I recently submitted a pokestop nomination in an attempt to improve the distribution/number of stops we have at a local park. Since in the past, lure placement here has resulted in some proverbial "stepping on peoples toes" since there are more active players in the area than the park's pokestops could comfortably accomodate in this community for medal purposes and variation. And also alot of empty space in the park without pokestops currently.

In general, players have a tendency to walk around the park on a sidwalk that circumnavigates the park on all four corners. Or otherwise stay near the only cluster of pokestops on the East side. Thus, having a dead zone on the west side of the park without stops seems an oversight and interferes with the flow of walking traffic in game (meaning if you walk around the park there is only one place to spin on the west side instead of three like on the East side.) In that West area of the park however, there are only so many objects I can feasibly nominate without stretching the credulity of the criteria.

I plan to nominate the pavilion I marked below as an entirely separate nomination. Since it is the location most likely in my opinion to get approved. But for now, I wanted to get some input on how to improve the parking lot nomination I made below, since it got rejected for unknown reasons (it just said 'inappropriate location' and 'other criteria') without additional explanation. I would like to have three pokestops on the west side of the park eventually, so if the park doesn't work, maybe I can nominate an old tree, or a city electrical box or a small sign or fire hydrant or something since theres not much else there. If I add the picnic pavillion as a separate nomination, plus this one, and one that already exists in the game, that would be three on the west side. Please advise how best to accomplish this. Or if you can spot what might have resulted in the initial rejection of the nomination. The map below shows a small structure (where I wrote old trees) to the west of the pavilion that may not be there in real life. I'll have to look again at that area. It may have existed in the past i do not know, or it may be an electrical box or something thats hidden by bushes.

Thanks for any assistance you can provide. 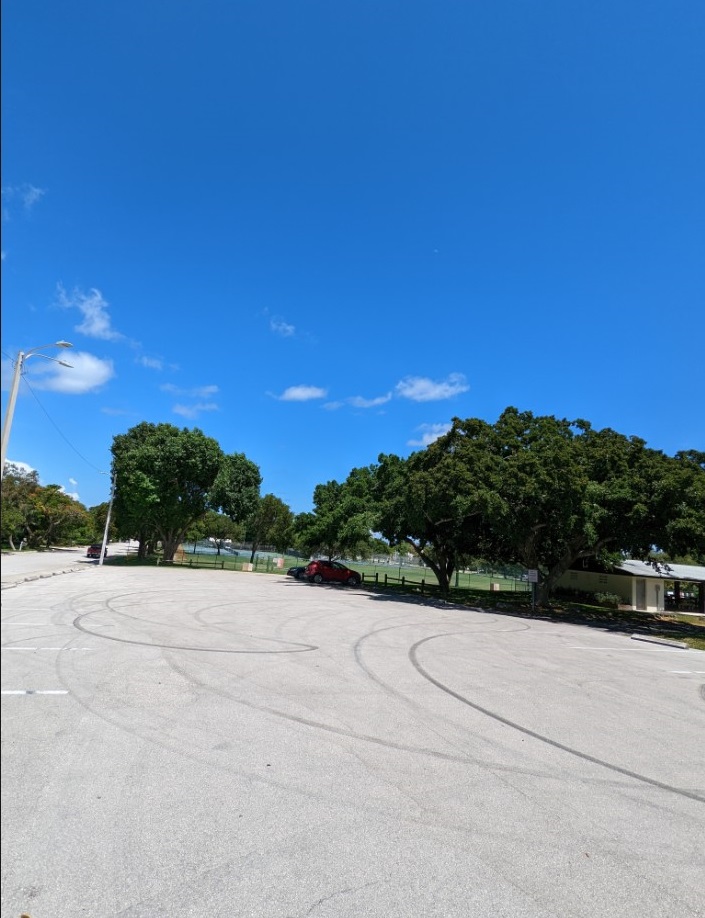 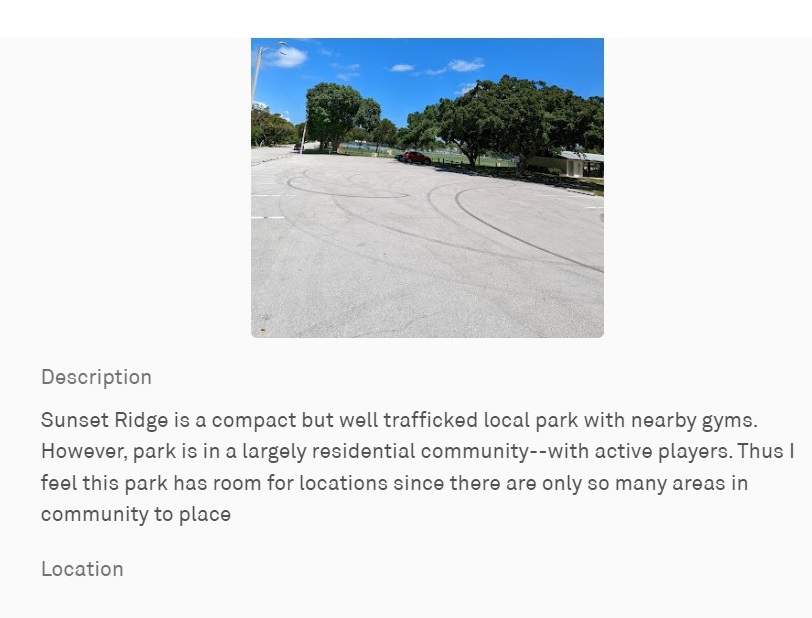 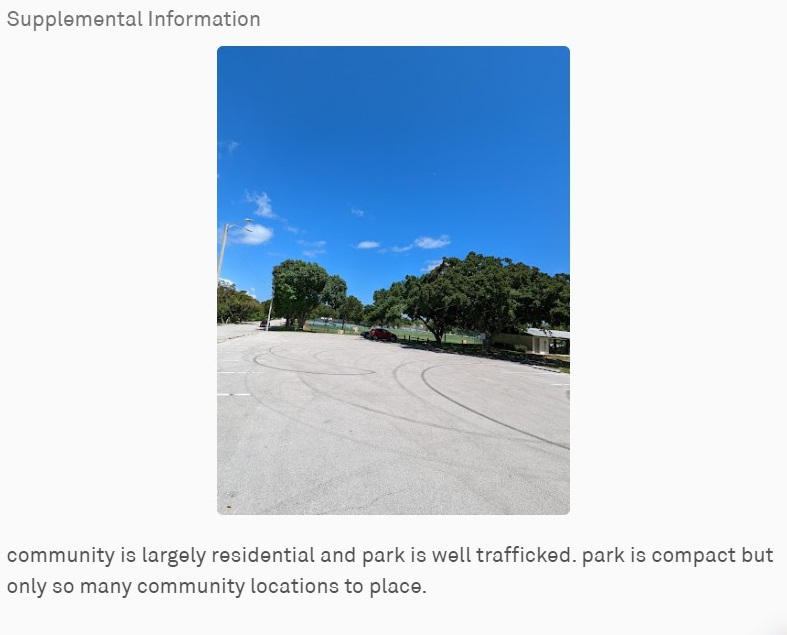