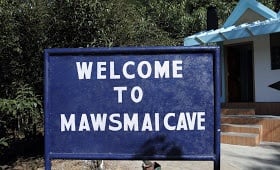 Additional Info: Portal was deleted inappropriately. These limestone caves have the distinction of being the only caves in Meghalaya that are lit enough to enable tourists to enjoy the natural formations in awe. The stalactites and stalagmites caves have innumerable forms, shapes and sizes inside leaving one to imagine as many life forms as possible. This magnificent natural wonder is the handiwork of years of natural abrasion and underground water.

Moreover, the portal was the only portal in a range of several kilometres and is extremely remote with limited network connection.

Although the original portal submission had some shortcomings, the edit feature can be used to update the photos and title.