Firstly an apology, I made a massive mistake last year asking the AMA postbox question but it opened a Pandora’s box that needs to be closed 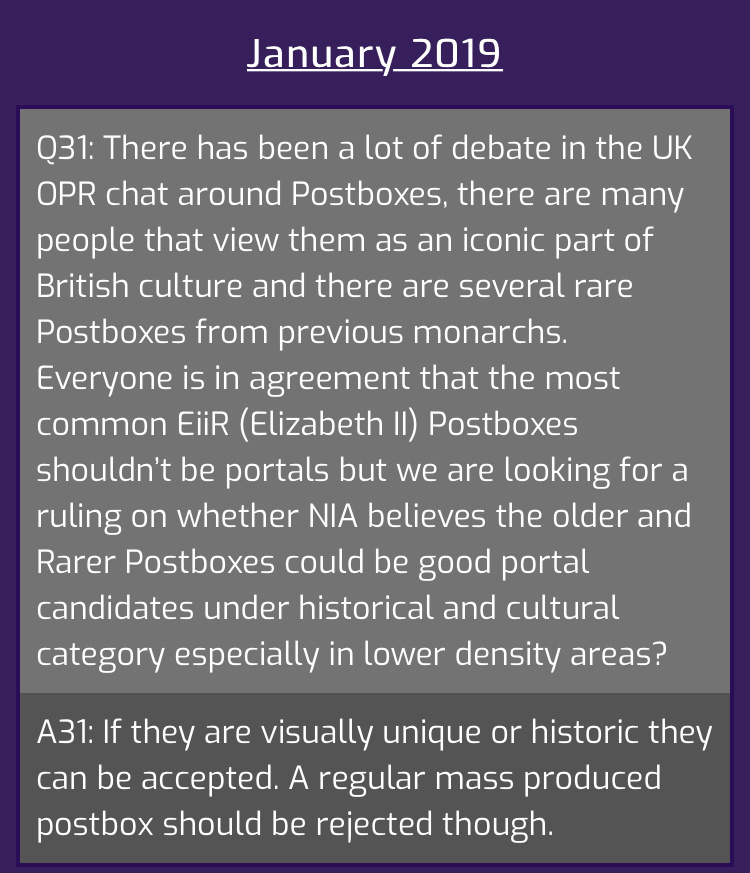 The majority of postboxes are just regular and mass produced, realistically the only interesting ones are Edward Viii ones as there are only 138 left. Penfold postboxes are interesting as they are visually unique and Golden postboxes have an interesting history as each one was painted in honour of an Olympic Gold Medallist.

please can we get some clarification that the more common and less interesting ones are not eligible. There are 18,213 GR postboxes and many are now becoming portals, add those to the 9000 GViR postboxes and that’s a lot of low quality portals entering the network