Mismatched Location - how would you review this?

Please Note - I am using this Nomination as an example of what I would consider gets a Rejection on the basis of "Mismatched Location". The actual subject of the nomination is fine and I would happily accept this. However, the supporting photo gives me no points of reference and the Satallite view puts it "somewhere" under a solid green canopy of trees.

The "Mismatched Location" information says "Use for nominations that may not exist at the submitted location based on the comparison of the submitted photo and map views", which I think is the case here. I'm pretty sure the nomination does exist, but as far as I can see there is no way to locate it. Perhaps it might be classed as "Likely to exist but is obscured", but I tend to use that for nominations with good supporting information or enough visual clues that I am fairly confident that the object is approximately where the pin is placed.

I've seen lots and lots of Waypoints of this type "accepted", so I was wondering how other people would vote on this one if they saw it. 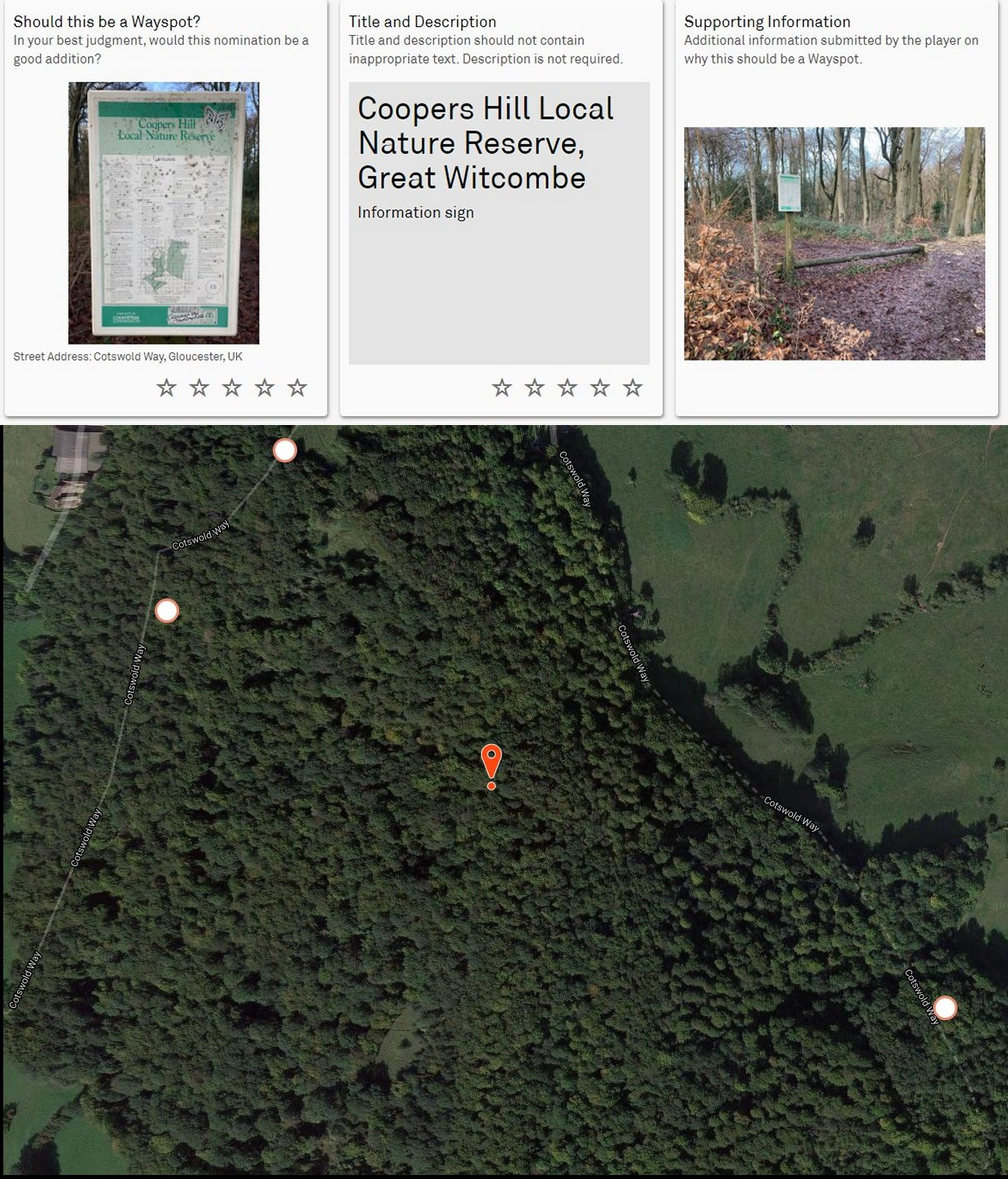