What to do with basic-titled nominations? 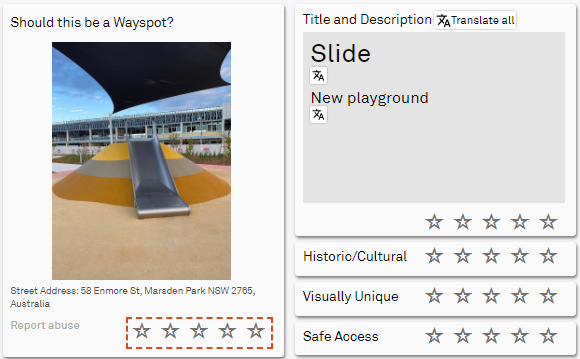 Above is an example of a nomination I saw recently. It is simply just called Slide.

I've seen a lot of submissions being extremely basic like this. For example:

Based on the Reviewing a Wayspot Nomination page, we should "give high ratings to official titles (if available) or creative titles/descriptions (as long as they add value to the Wayspot)". But what if the given title/description is the opposite, i.e. bland and uncreative like "Sculpture" when it actually has a proper name?

P.S. There are also the really lousy attempts where someone has pasted the Title into both the description AND supporting statement, but those are a different story.