A bunch of abusive edits in Nidderau, again

In this topic I would like to present once again a series of (successful) abuse description edits in some districts of the city of Nidderau (and one in the neighboring city of Bruchköbel). Please also compare with an older topic from October 2020: https://community.wayfarer.nianticlabs.com/discussion/8210/a-bunch-of-abusive-edits-in-nidderau

Again, one or more players try (sometimes successfully) to add player names or real names to the Wayspot description. Last time the pattern was relatively simple, more or less:

However, since all the descriptions addressed in the old thread have been removed, they have improved their prose skills and made their fake edits a little less obvious. (e.g. claiming the paintings were done for campaigns for LGBTQ+ or insects)

The general intent of placing names without context in the description is already evident in the October thread linked above. You will find the same Names there.

With a small number of players from the local community trying to reverse the abusive edits with correct edits, perhaps some of the objections below have already disappeared. It has been a few days since I have visited the city.

You might wonder why I'm appealing the Wayspots that may have already been edited to correct the descriptions again, as well as the edits that may still be in the review. The simple answer is: the people who try to get the abusive descriptions into the games keep flooding the review process. And then there are people trying to fix it, which again will take time from many reviewers. Neither the first edit nor the second edit is sure to get through the review process the first time.

And after that, the players who "lost" their name on the Wayspot start the loop again.

So I hope that pointing out maybe outdated edits or edits still in review as well as actual ingame descriptions will also help Niantic to do something about this abusive behavior.

It takes up time from reviewers who could be reviewing worthy edits or interesting new Wayspots in the same amount of time. By posting it here, maybe it will break the loop one day and saves time from the reviewers for worthful reviews. 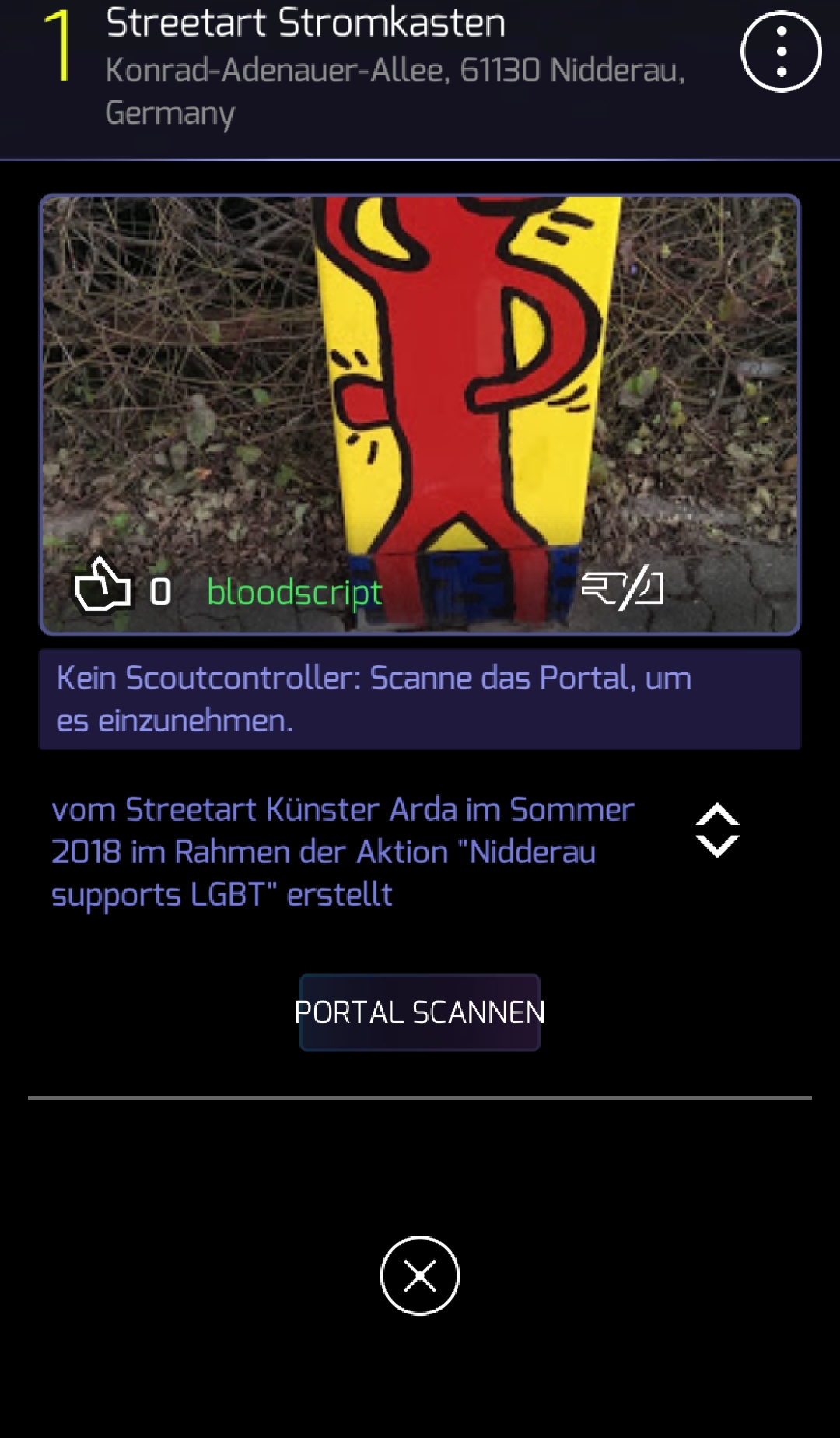 Both from early February 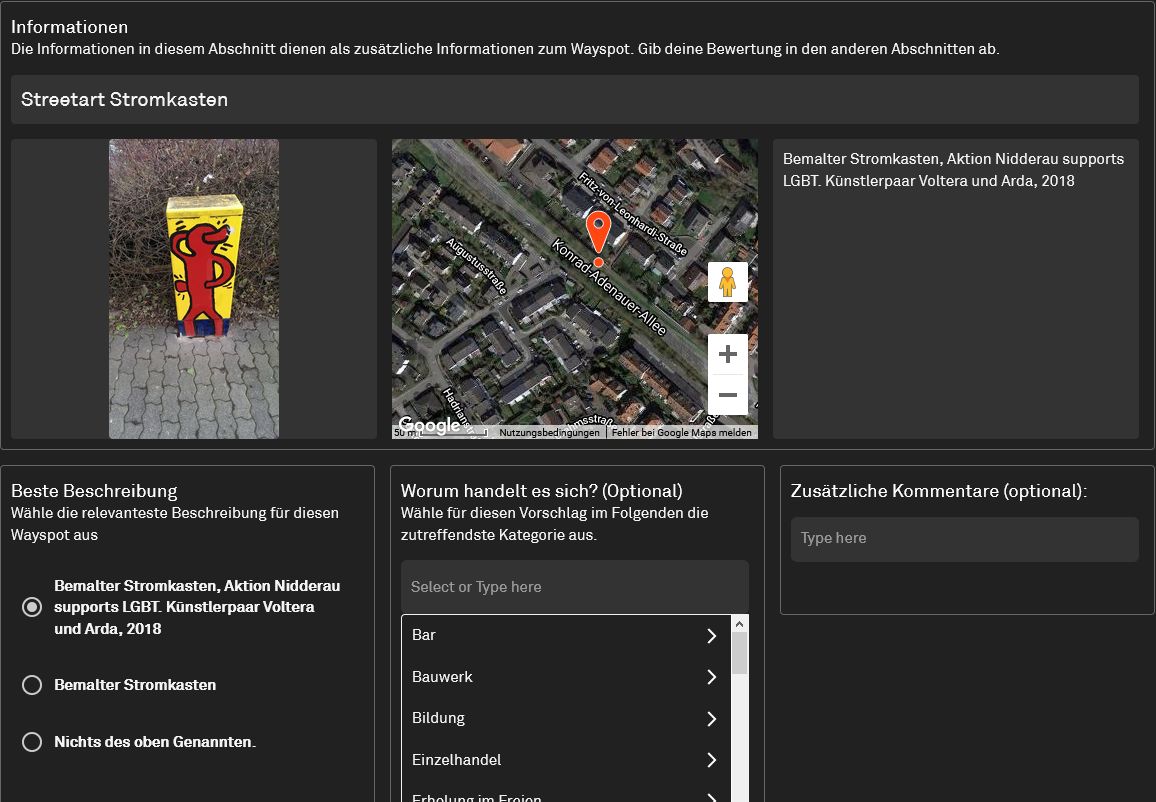 You can see they aren't even very consistent with who painted it. Was it a person or an artist couple? It doesn't matter as long as the names are on the wayspot... 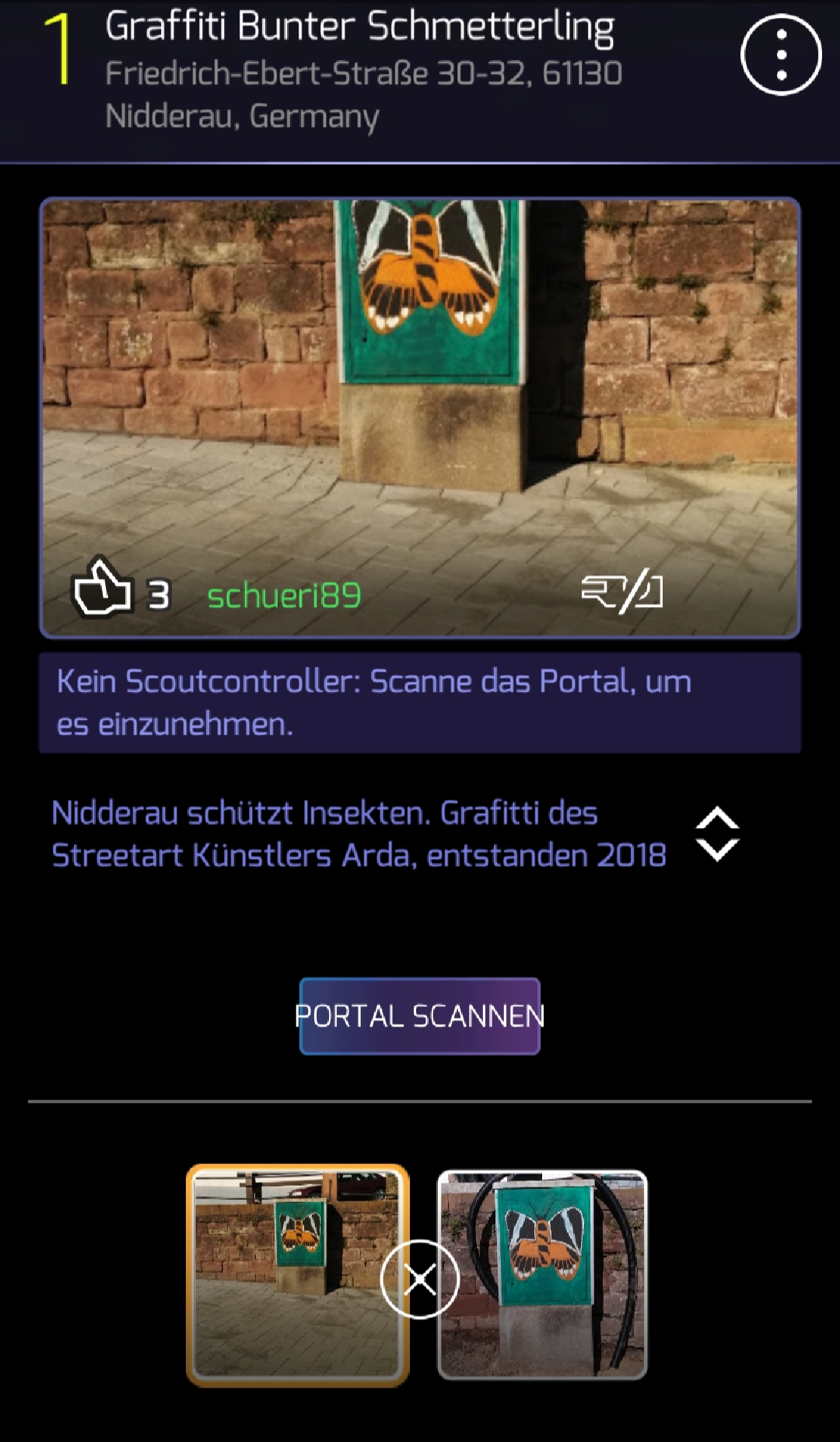 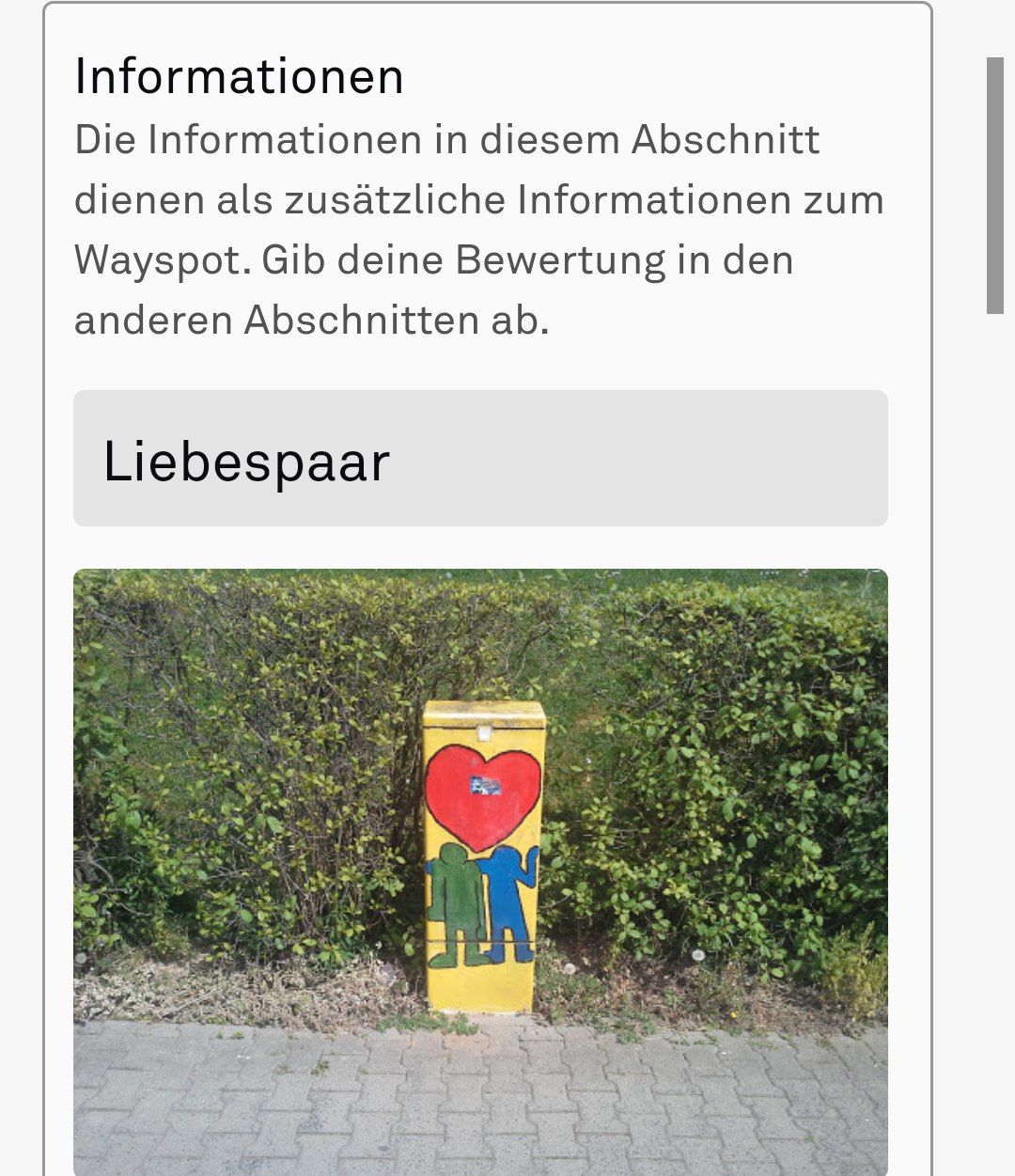 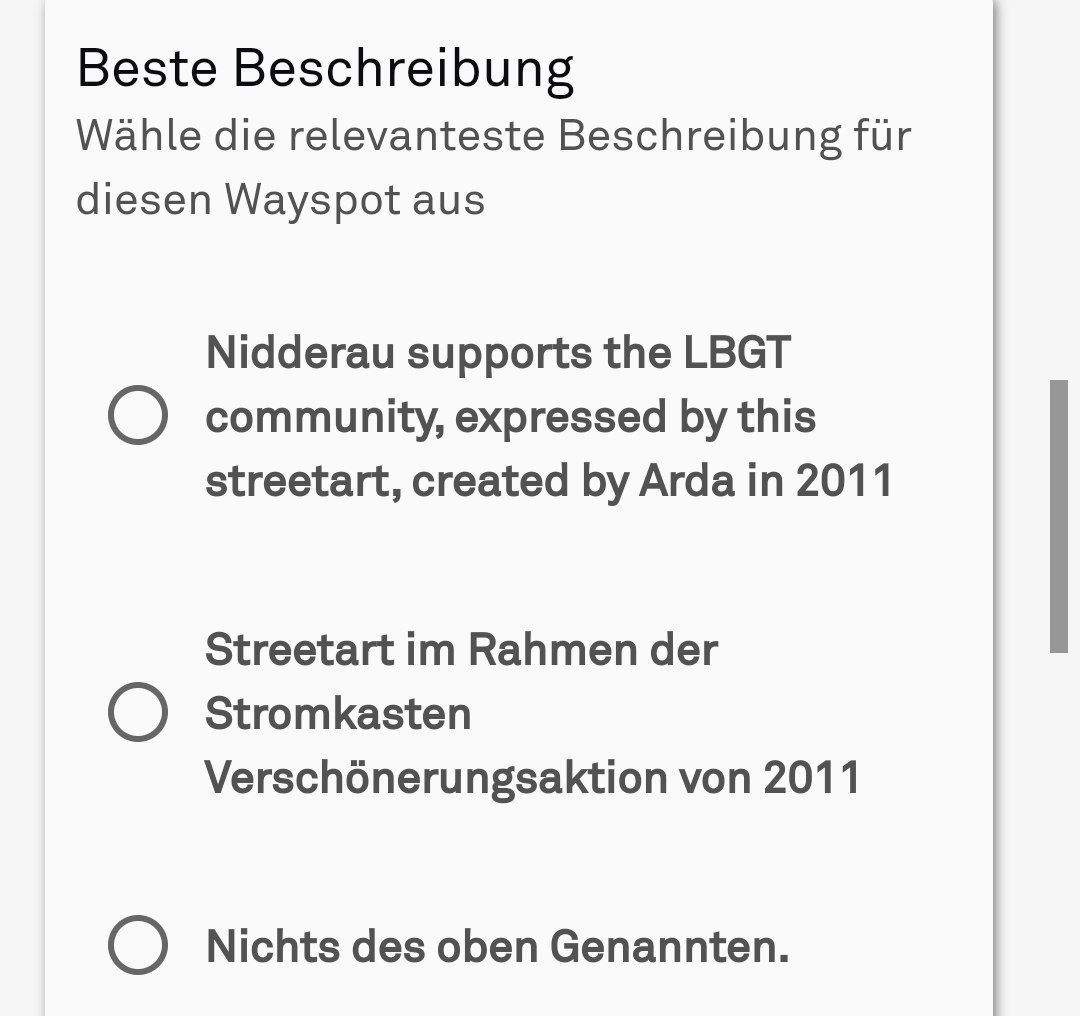 "Nidderau supports the LBGT community, expressed by this streetart, created by [...] in 2011" - (nothing to translate here) 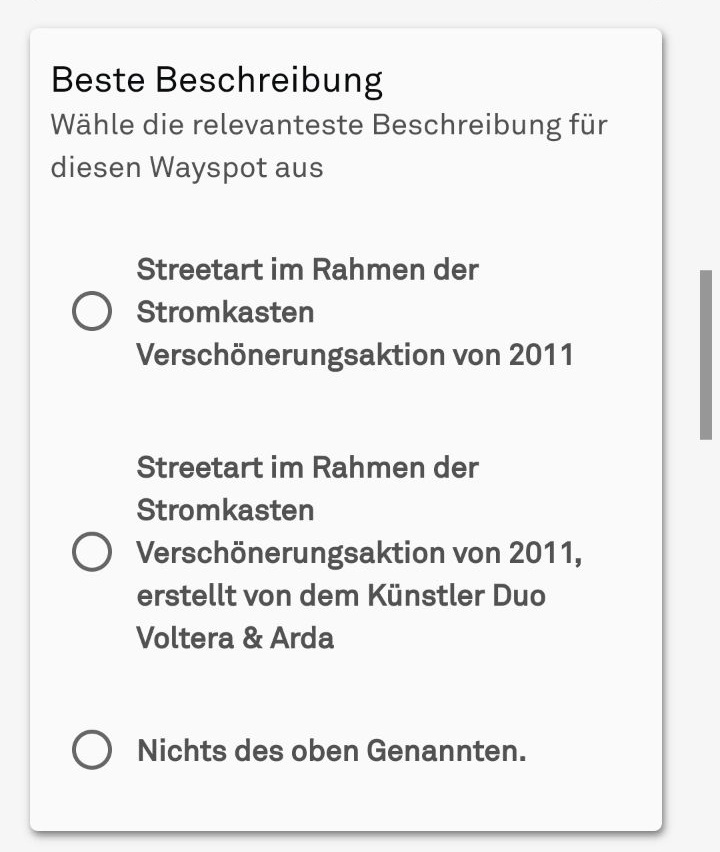 Please note: I am not completely sure, that this second image from mid January is connected to the Wayspot "Liebespaar", I messed up a bit with the documentation. But the other option is exactly the original text. You can see it also in the above linked topic, appleal nummber 4) Wayspot: “Liebespaar”. 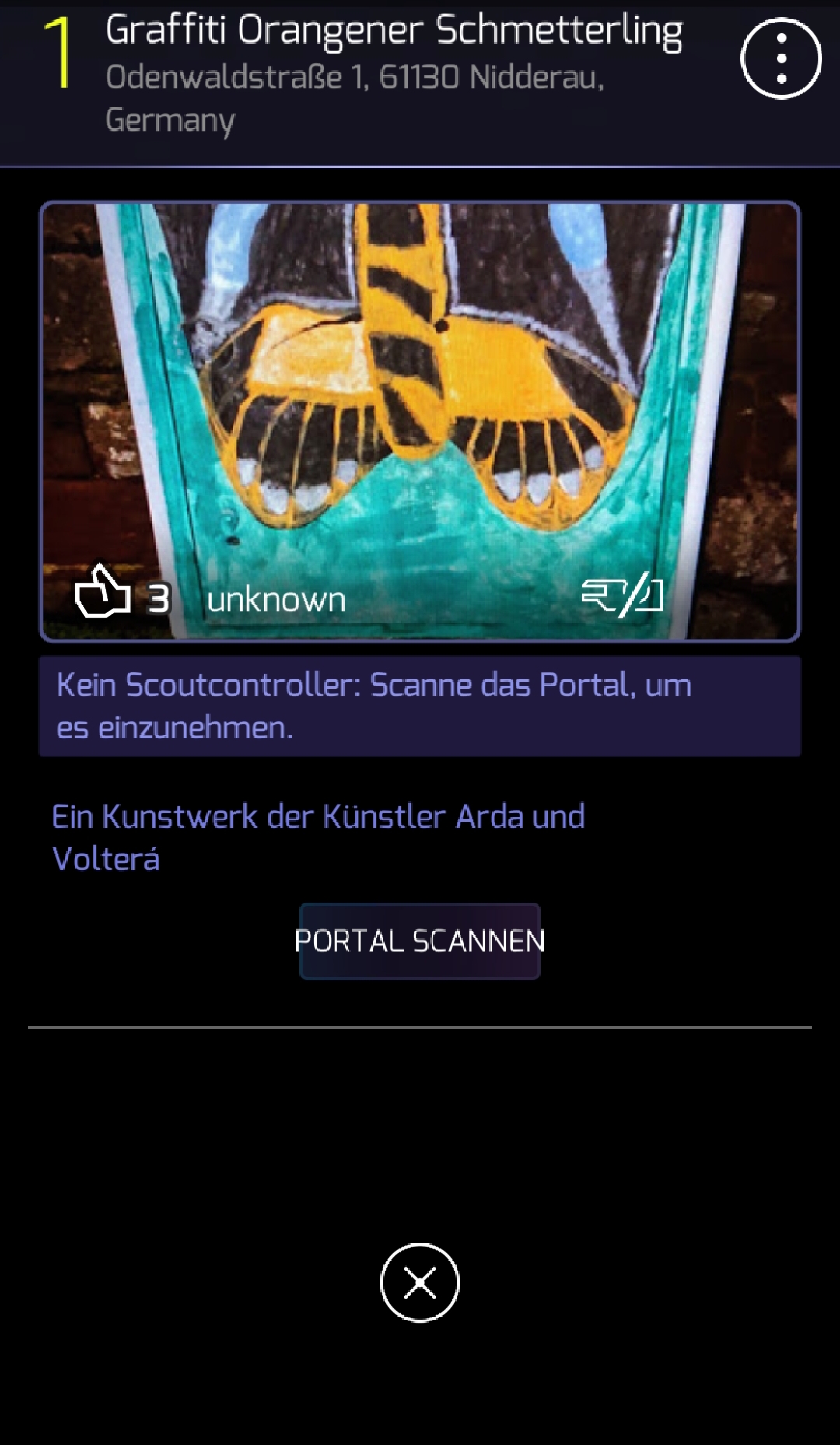 This Wayspot (same name, same position, very similar description) was already removed one time because it is fake (not just the description), see this thread: https://community.wayfarer.nianticlabs.com/discussion/8588/invalid-wayspot-appeal . Since I'm still waiting for the rejection Mail, I didn't open another appeal yet. But if you would be so kind, you could not just remove the abusive descripton and instead retire the whole Wayspot. The evidence is the same as in the corresponding topic (photosphere, surrounding image, ...). One can easily see that the surrounding doesn't fit. (Maybe the image is taken from the Wayspot 2) Grafitti Bunter Schmetterling from above and then changed a bit in color - but I'm not 100% sure). 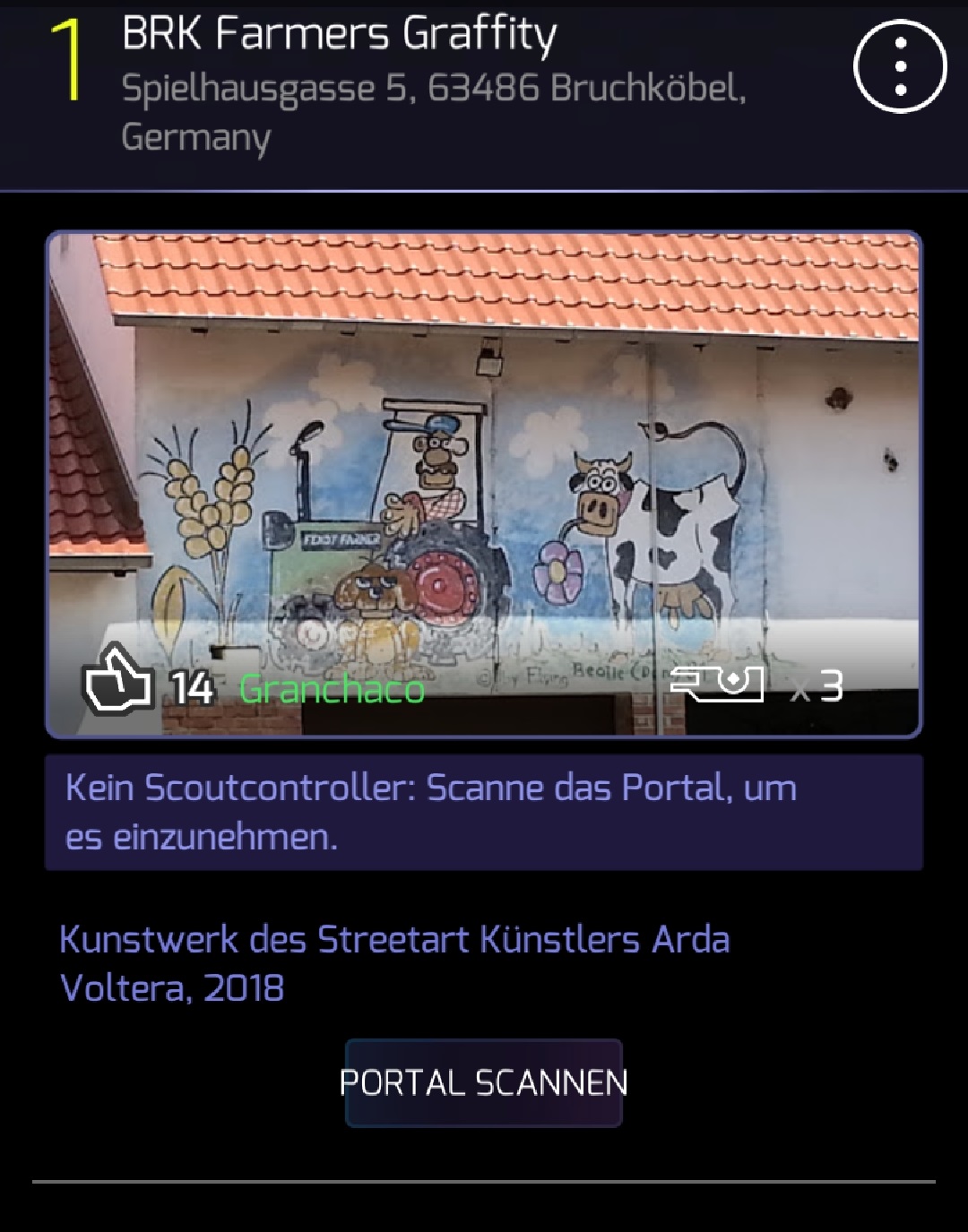 Now they are not two artists, is it one with a double name?

It seems that they are starting to spread their edits also to neighboring cities as well ...

As it floods the review process, I really hope that something can be done about this childish name editing...