Some Issues with Photo Review

Niantic Wayfarer always bring some interesting features. Image reviewing was one of the much anticipated feature in Niantic Wayfarer. With this, players are now able to review photos uploaded by other players. Until then, it was Niantic the ones who were reviewing these and sometimes it may take ages to get a result. Now, things changed and it will take only few days to get a pic accepted (or rejected). But it depends on the volume of nominations in that locality.

The main drawback of this feature was that people were able to abuse this system by adding fake pictures on fake wayspots to preserve it. Well I'm not going to discuss about that, lets get to our topic now.

While reviewing, we are able to reverse search pictures to check whether they are third party pictures or not. But sometimes, it wont give a proper result. For example, pictures taken from Google map may not appear while reverse searching. So, we have to manually check it while reviewing by tapping the "Google" icon on the bottom left part of Satellite View. While doing Image reviews, this wont help either. Same with Map Tags. Especially since Niantic shares only an imagery of the satellite view. So, we have to manually search the place in Google Map and need to check the Tag to know whether the picture uploaded is a copyrighted one or not. 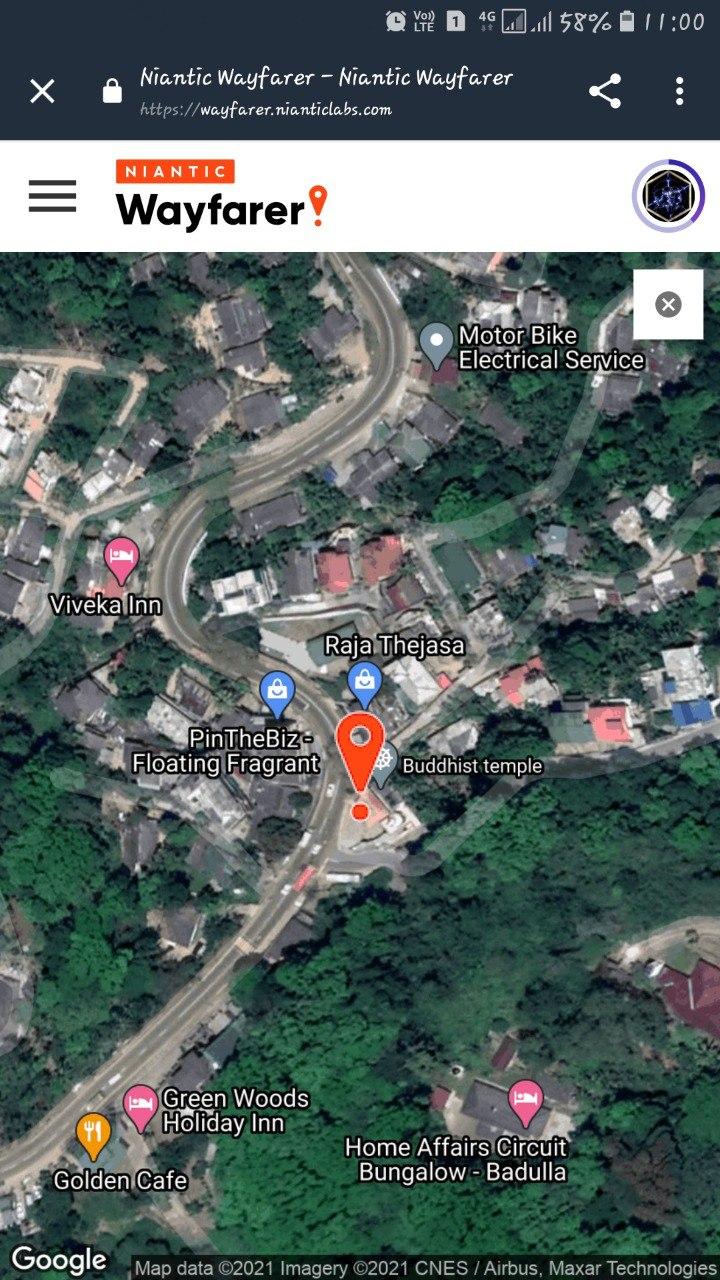 Also, there's another bug related to Image review which Wayfarer Team need to fix. Since Niantic itself added some random wayspots in India, which only appears in Pokémon Go (as of now), those Pokéstops/Gyms are appearing without pictures. So, players started adding pictures to it. Sometimes, the reviewer get 2 of the same picture and ask to select the one which doesn't meet the criteria. I've got one today and realized that both were the same picture and it have a Watermark on the bottom right corner (Again Copyright issues). So, decided to reject both and when I clicked one, the other one also got selected and upon clicking submit button, the page reloads with both pictures selected. Video reference of the issue is also attached.

Also, I suggest Niantic to review the edits made to such Pokéstops/Gyms for the time being just to prevent abuse. I've seen several instances where people are trying to change the POI itself. Got one to pick the best title and the options were, "Valiyavila Juma masjid" and "Hotel City Palace". Former is a mosque and the other is a Restaurant. I was confused since there weren't any portal picture to look and judge from. And majority of the new wayspots added by Niantic were located away from its original location. It would be better if Niantic creates a separate form to edit these newly added Pokéstops/Gyms as it wont appear in Ingress or other Niantic Products. 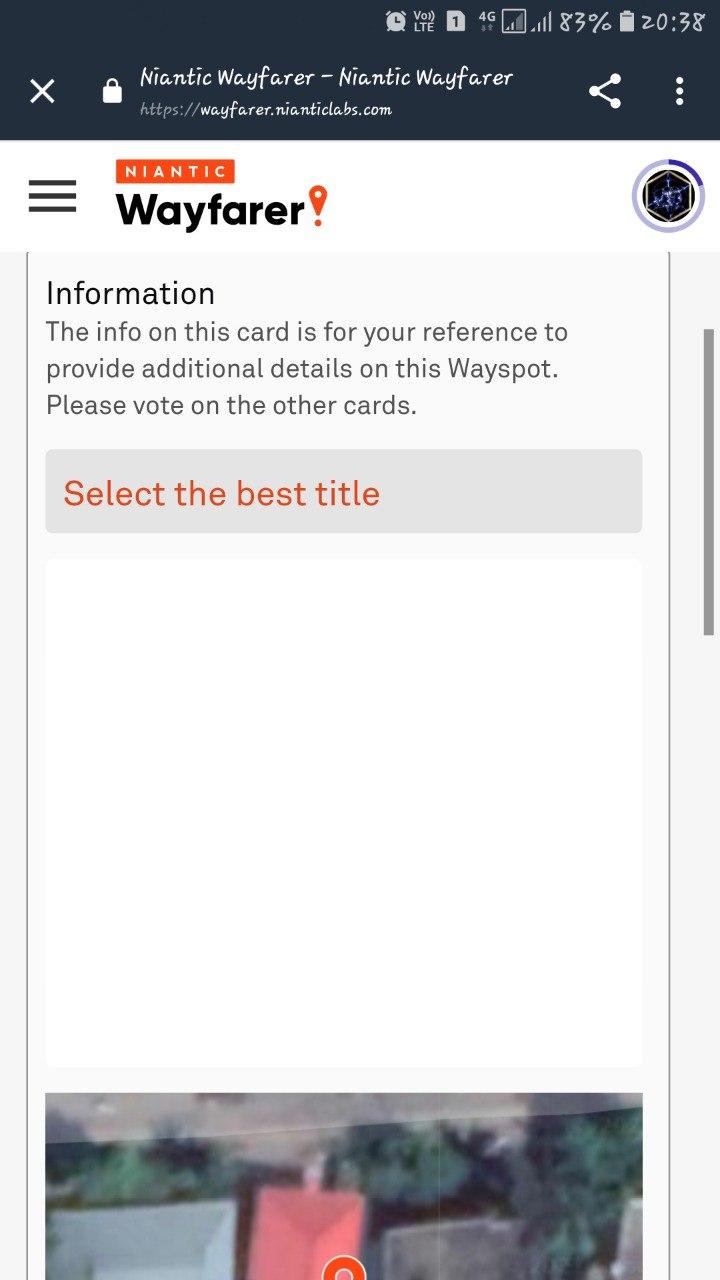 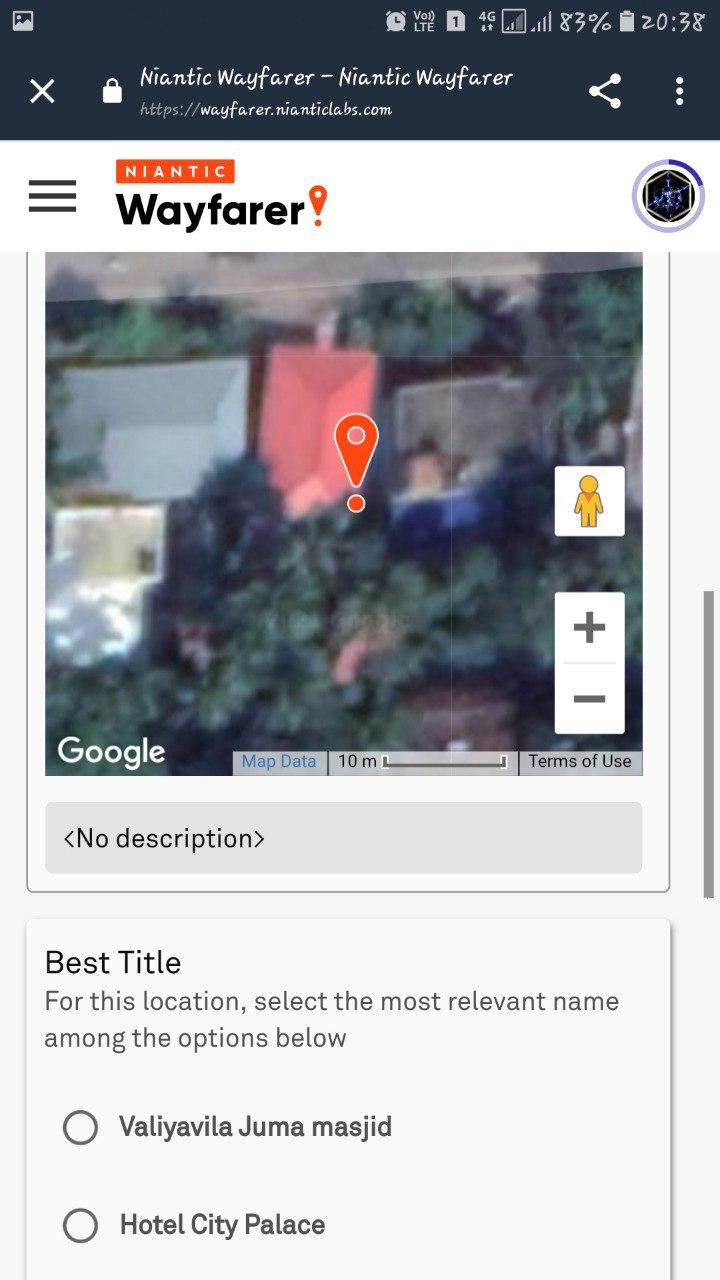 There might be other issues reviewers face while using Niantic Wayfarer, but I think these are the ones need most attention now as India wayfarer Challenge is currently going on and there are a lot of reviewers from other countries who are contributing in it.

Note: I just posted a random screenshot for the first section and the picture and the Wayspot (Buddha Statue) is legit. And the rest of the screenshots and recording were for the wayspots added by Niantic itself.