What happens when a reviewer rejects with "abuse" as the reason?

itamernz-ING Posts: 49 ✭✭
May 14 edited May 14 in General Discussion 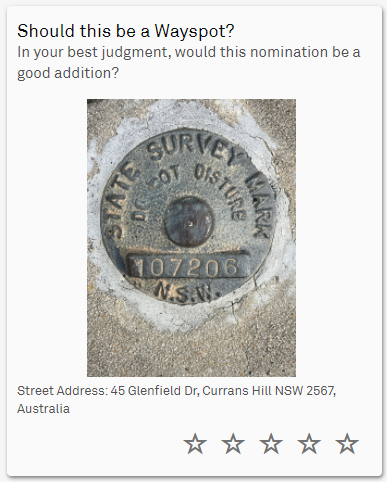 I get a lot of reviews for survey markers - cheap bits of metal embedded into footpaths at frequent intervals. They're coin sized. Many are stamped with a number but they're mass-produced, not visually unique and do not encourage exploration. I've been 1* as "fake nominations" because I'm sure the nominator knows they're not OK and is just taking a punt.