Upgrades not "stacking" on the backend 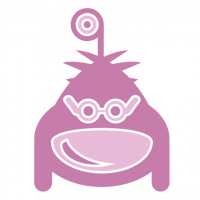 While I experienced this a year or so ago, you know what they say, "better late than never". In addition, I know that many other wayfarer users have experienced the same issue.

While I never participated in any Wayfarer challenges, I have been casually following the threads which several folks seemingly "lost upgrades" as a result of the India Wayfarer Challenge, which awarded 5 "surprise" upgrades to those who participated but were unable to get other rewards due to a technical and communication error. To many of us who have "capped out" on the limit of 10 upgrades, this seemed like very much a lost cause, as many long-time reviewers had experienced similar "caps" and "lost" upgrades.

To my surprise, @NianticCasey-ING actually said that the "10 upgrade limit" was essentially just a visual glitch and upgrades actually stack on the backend. So after seeing this revelation, I decided to take a gander at my Wayfarer account, to see if I could get credit for my 8 "lost" upgrades.

If we take a look at my agreement stats (screenshot attached), I have a total of 25,192 agreements (13923+9863+1406). I also have 244 "upgrades redeemed", which means I should have received 251 (almost 252) upgrades, which is 7 (almost 8) more than what I have actually received. If these upgrades actually stacked on the backend, then surely I would've gotten more upgrades as my other ones were used up.

In order to earn 8 upgrades, you need to receive 800 agreements. Assuming it takes me 30 seconds per agreement, that means over **6 hours** of work of reviewing nominations was lost with this glitch.

@NianticCasey-ING @NianticGiffard , can I please get the 8 upgrades back that I lost with this glitch?

TL;DR. "Lost" 8 upgrades due to maxing out on upgrades for a period of time last year, would like those upgrades to get applied to my account, as I earned them through reviewing. 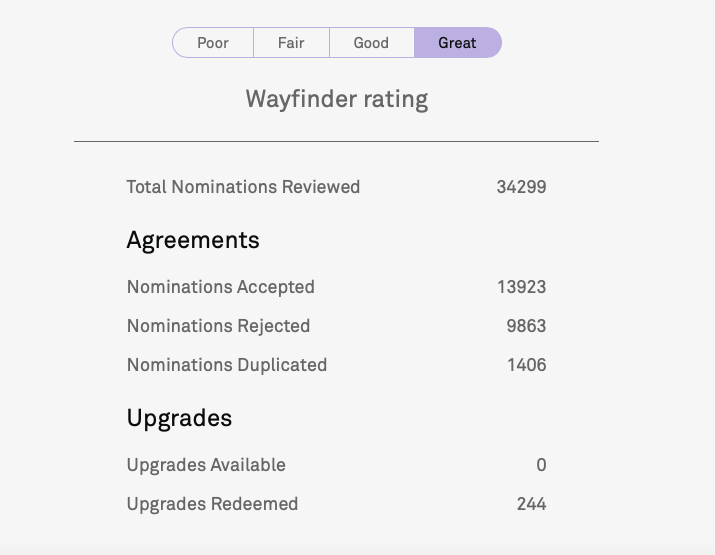