It is unfortunate that in Japan

We have seen many Wayfinders in rural and residential areas falsely claiming that "this is a stone monument" or "safely accessible" when it is actually a recognisable "private gravestone with a commandment engraved on it".

The case I encountered this time was the same kind of "false application".

I will give you more details. 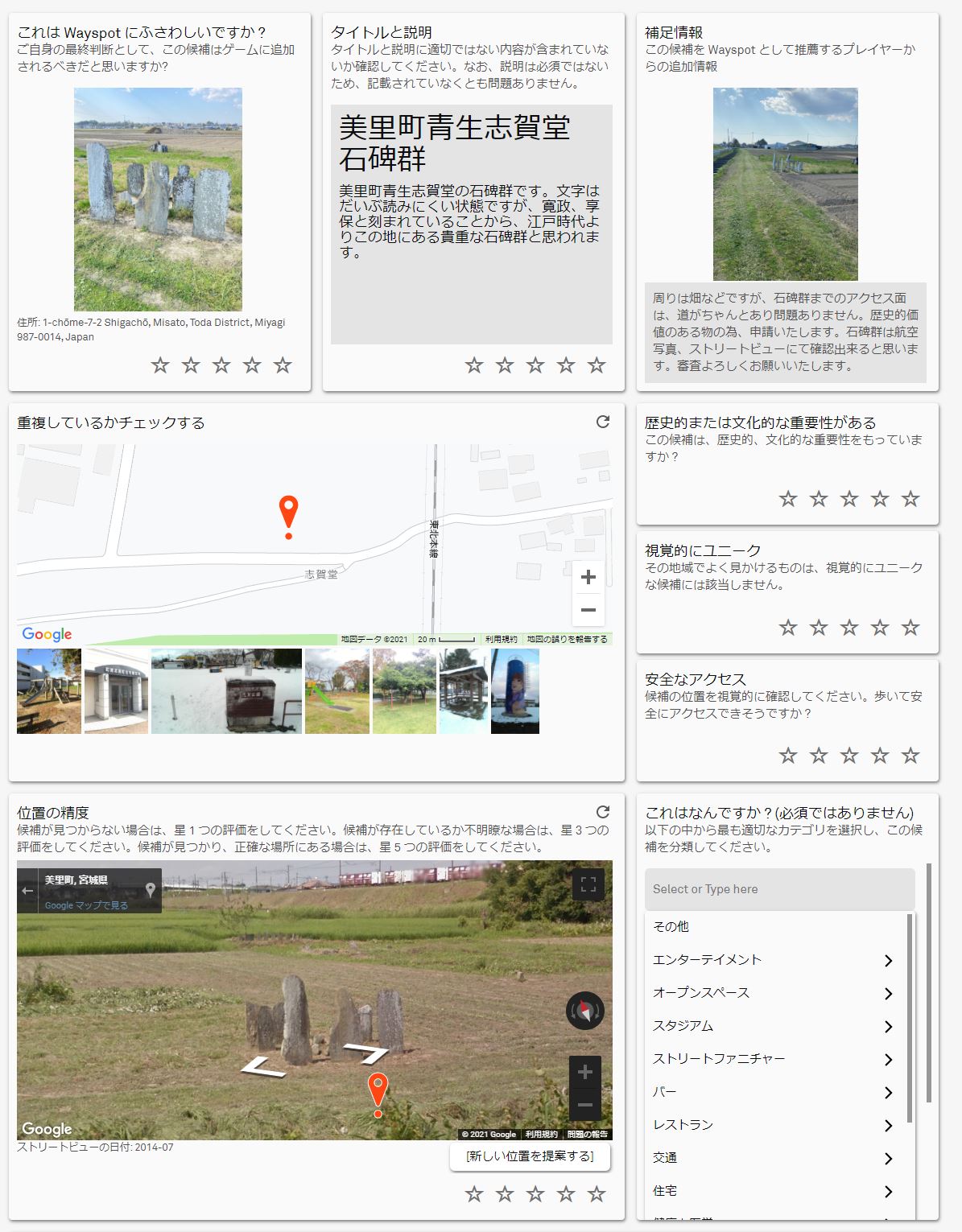 I translate titles, descriptions and supplementary information written in Japanese into English. 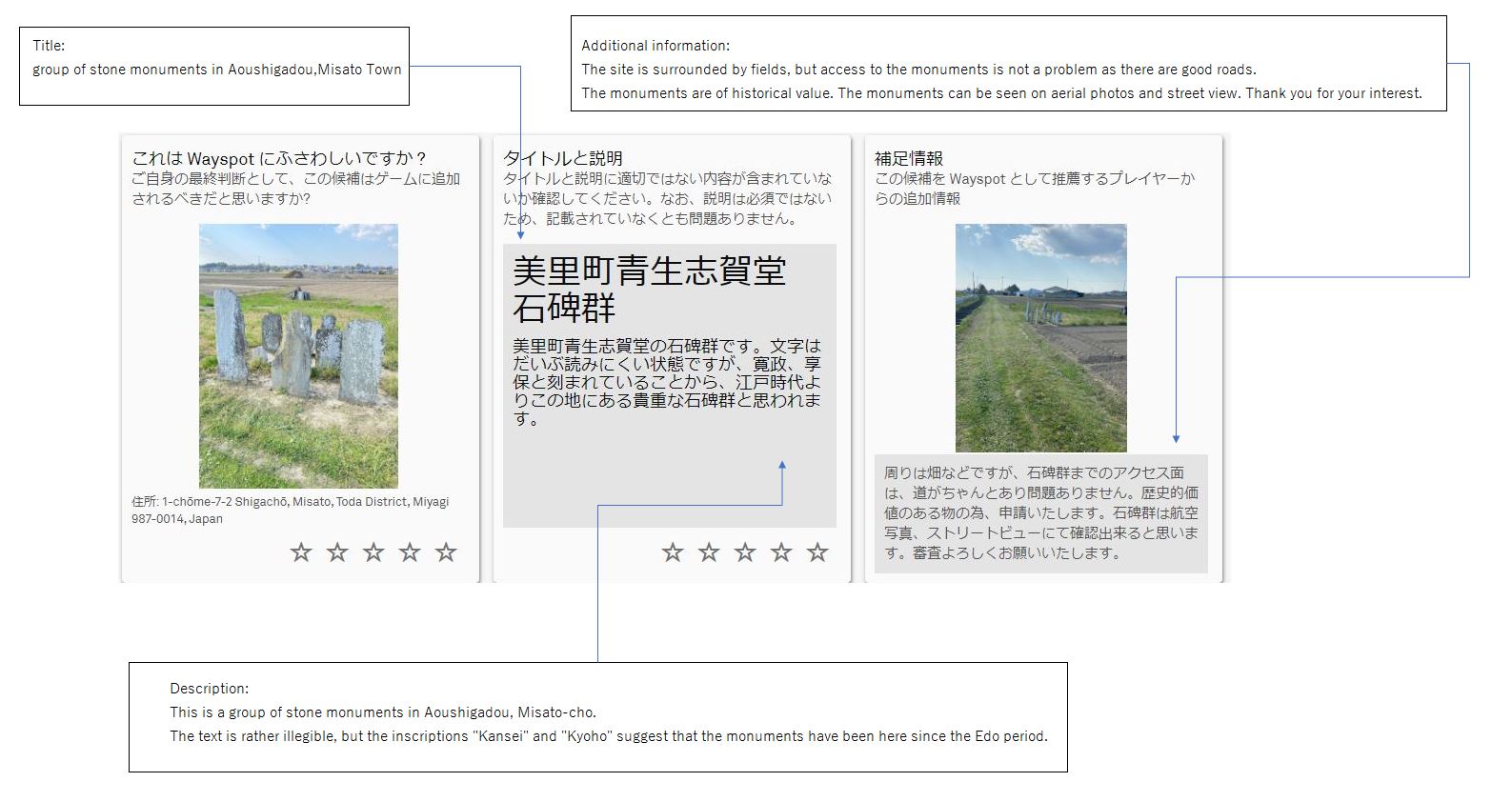 This is a group of stone monuments in Aoushigadou, Misato-cho.

The text is rather illegible, but the inscriptions "Kansei" and "Kyoho" suggest that the monuments have been here since the Edo period.

The site is surrounded by fields, but access to the monuments is not a problem as there are good roads. The monuments are of historical value. The monuments can be seen on aerial photos and street view. Thank you for your interest.

On first reading, you might think it's a very plausible statement, a description that makes you give it a 'Good'.

But the facts are different.

I'm going to prove it to you. 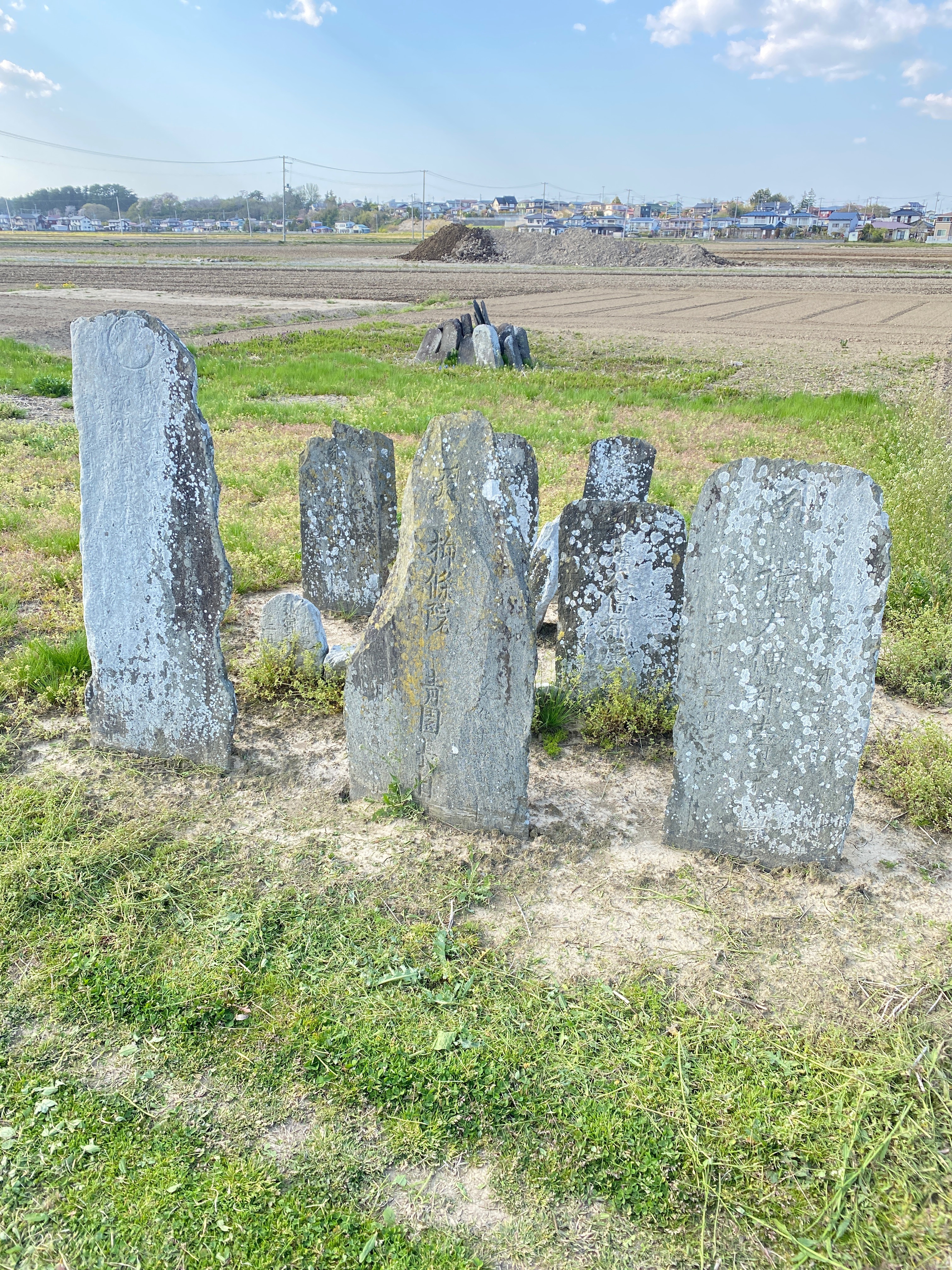 In Japan, epitaphs are inscribed on gravestones and include the name of the deceased(Dharma name) and the year of ****.

Now let's zoom in on some of the original photos. 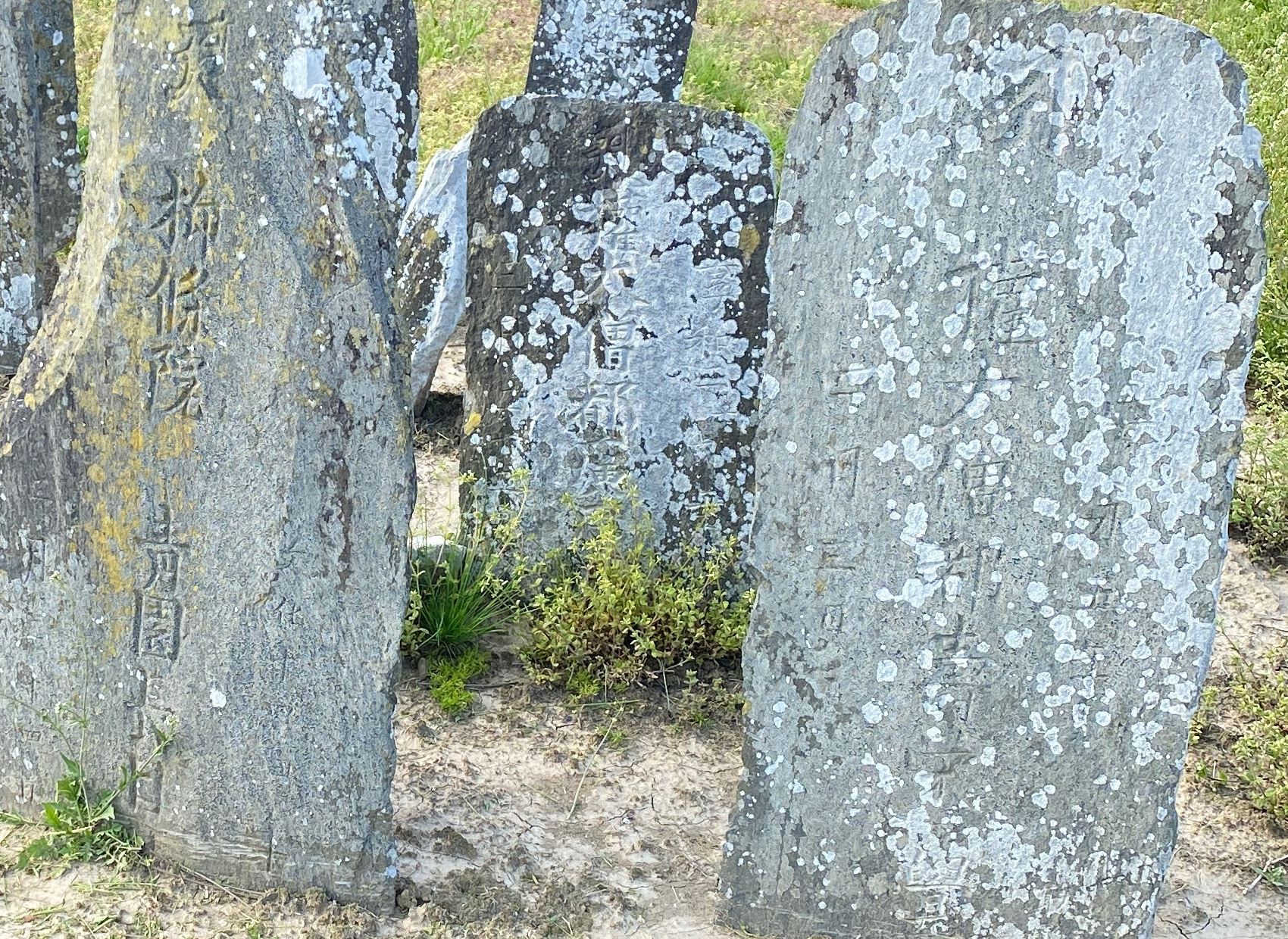 An explanation has been added to the enlargement.

The title of "権大僧都"(Gon Dai Sozu) is one of the ranks of Priest in Buddhism. 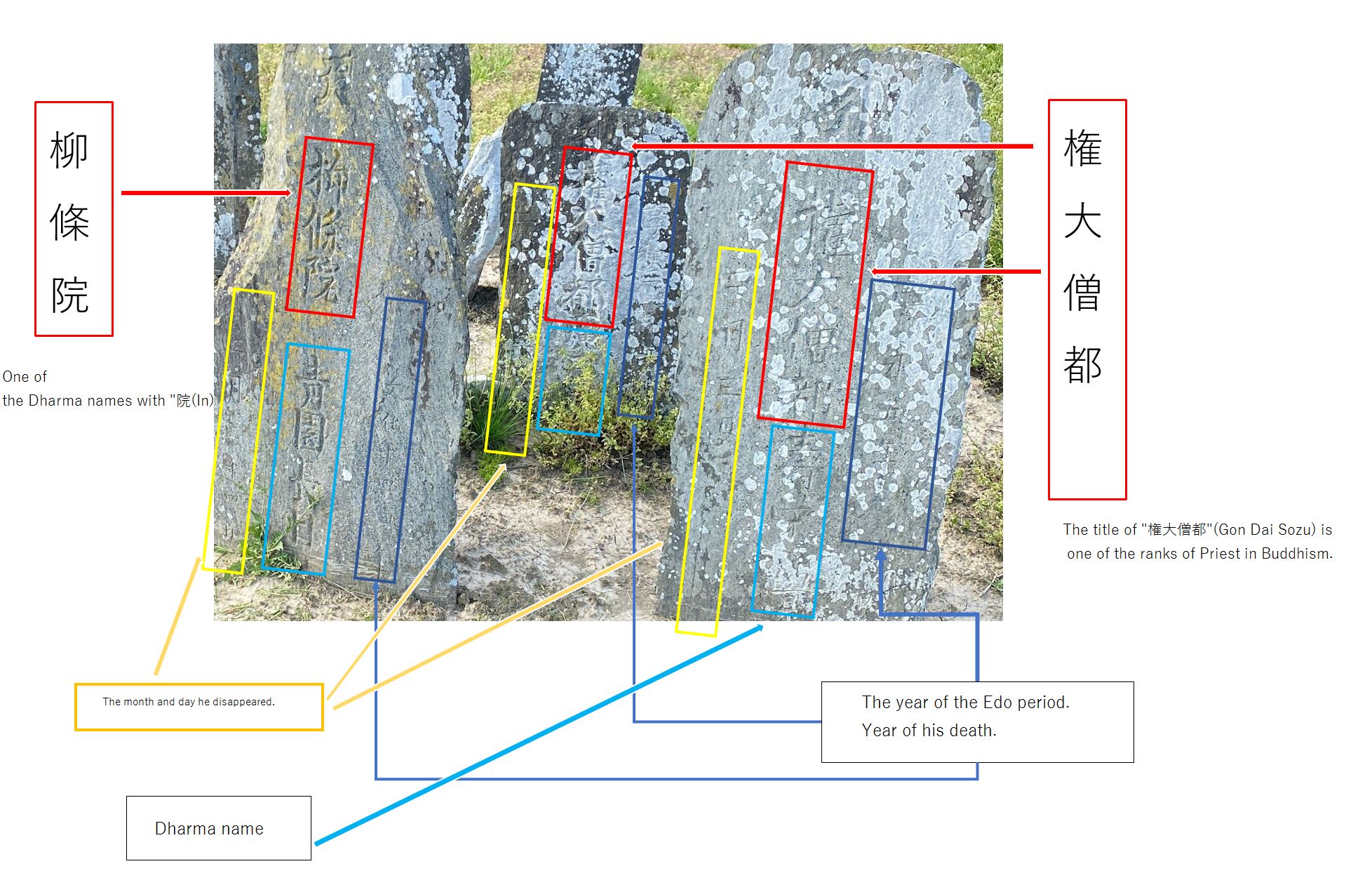 For the Dharma name, see Wikipedia's

Wikipedia (Japan)'s description of the monastic rank is useful.

The title of "権大僧都"(Gon Dai Sozu) is one of the ranks of Priest in Buddhism. 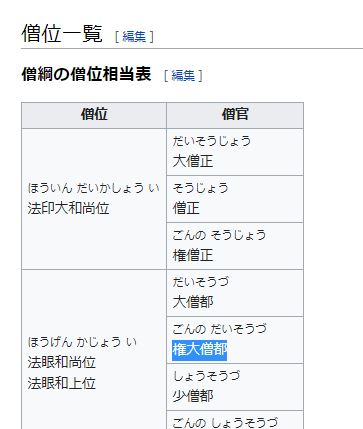 There are many examples of tombstones with the rank of "権大僧都(Gon Dai Sozu)" and Dharma name into the Gravestone.

I found the record on a blog written in Japanese, so I will introduce some of them. And take a look at this Street View image. 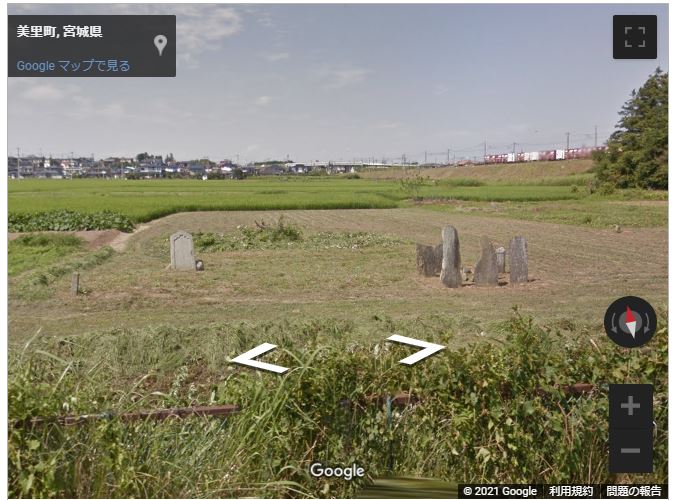 On the left side, there is a stone that can be seen.

This is also a tomb.

On page 11 of this book, "尖頂舟形墓標の変遷(Changes in apex boat-shaped grave markers)".

Next, I have compared the Street View images with the PDF images, so you can see for yourself. 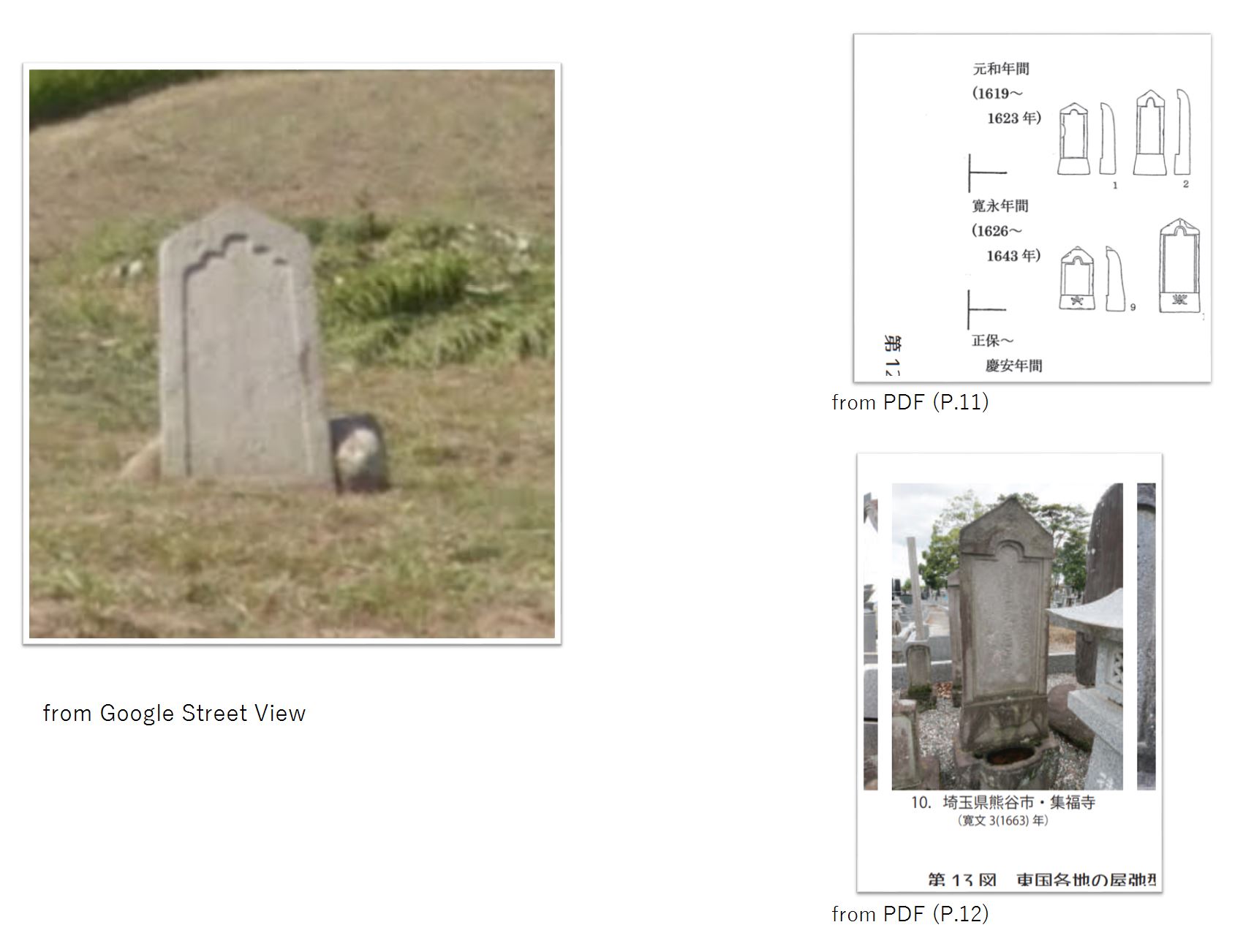 This is a pinnacle boat-shaped Gravestone.

You can see in the original photo some of the stones clustered together in the background.

Please, take a closer look at the shape of these stones.

You will see that they are a type of pinnacle boat-shaped Gravestones(尖頂舟形墓標), as shown in the PDF.

Gravestones of those who already have no blood relatives.

Tombstones of Priest in Buddhism.

You can see that they have been collected and placed between the fields.

The applicant states in the description that it is inscribed "Kansei, Kyoho".

I find it hard to believe that the applicant could not read the epitaphs such as "権大僧都(Gon Dai Sozu)" and "戒名(Budda name)" which are inscribed in larger letters.

Tombstones of individuals with no blood relatives are left piled up diagonally.

The practice of applying to Wayfarer! as a 'monument' to the gravestones of non-famous individuals or monks is not recommended. The act of applying to the Weifang is not a good idea.

I can only assume that the Wayfinder is making a false application or feigning ignorance.

Probably there are no coffins for those who died under this ground.

There are only gravestones from the Edo period piled up diagonally or standing on the ground.

However, it would be bad practice to apply for these Gravestones under the false pretence that they are ”These are stone monuments!”.

I do not think that these headstones should be "Wayfarer! applied".

In my opinion, this is a desecration of the deceased which should never be done.