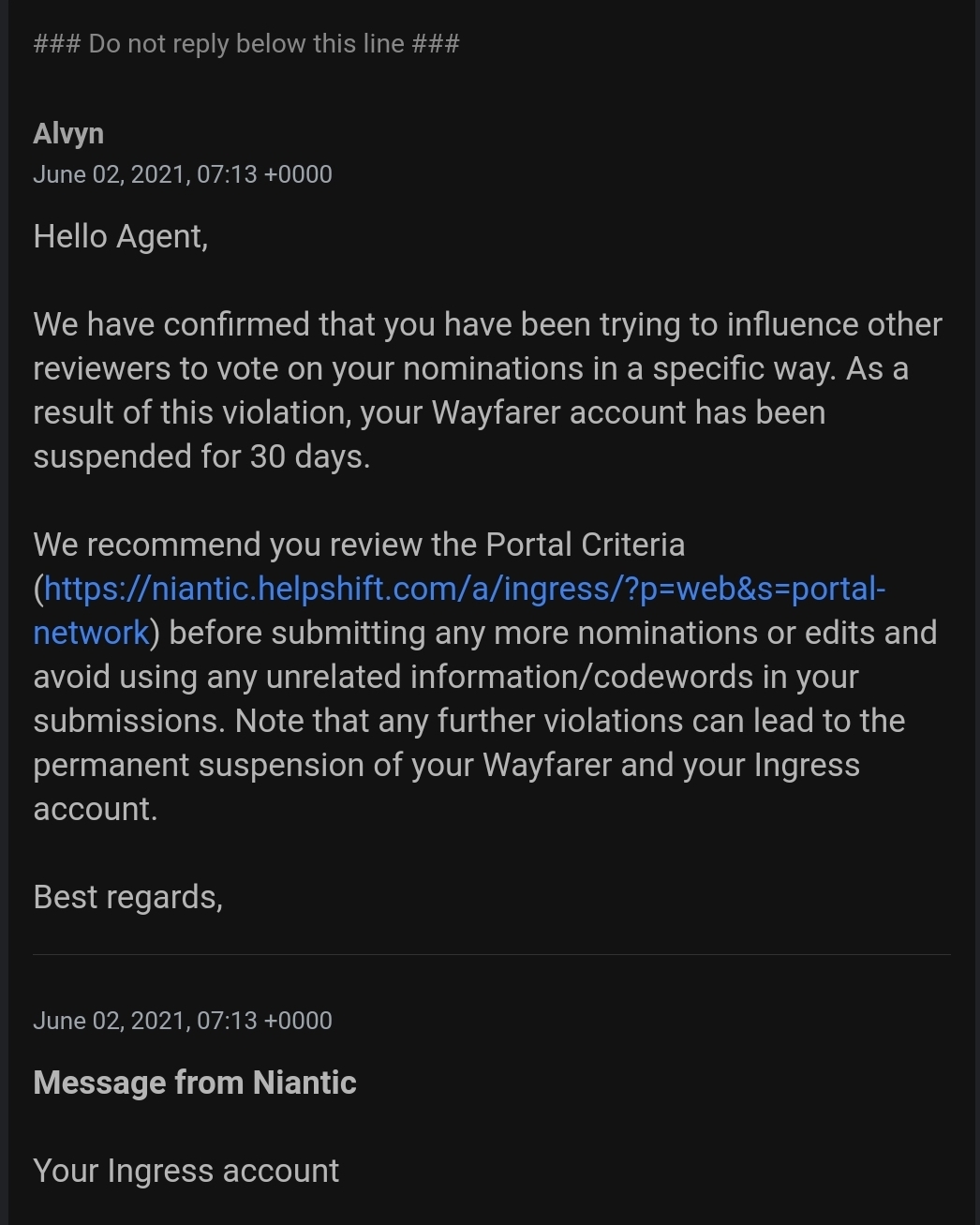 I woke up to this email today! And I would be very interested in how this decision came about. I am very understanding and I can also accept penalties BUT ONLY if I am presented with a case or evidence. I am not aware of any case in which I have tried to influence other reviewers. So if one already pronounces a ban, then only with a proof, otherwise this ban would be irrelevant and a cheek if it is only based on unchecked assumptions. A suspect is also not convicted on loose assumptions without first presenting evidence! So I ask for an answer .... or to lift the ban. 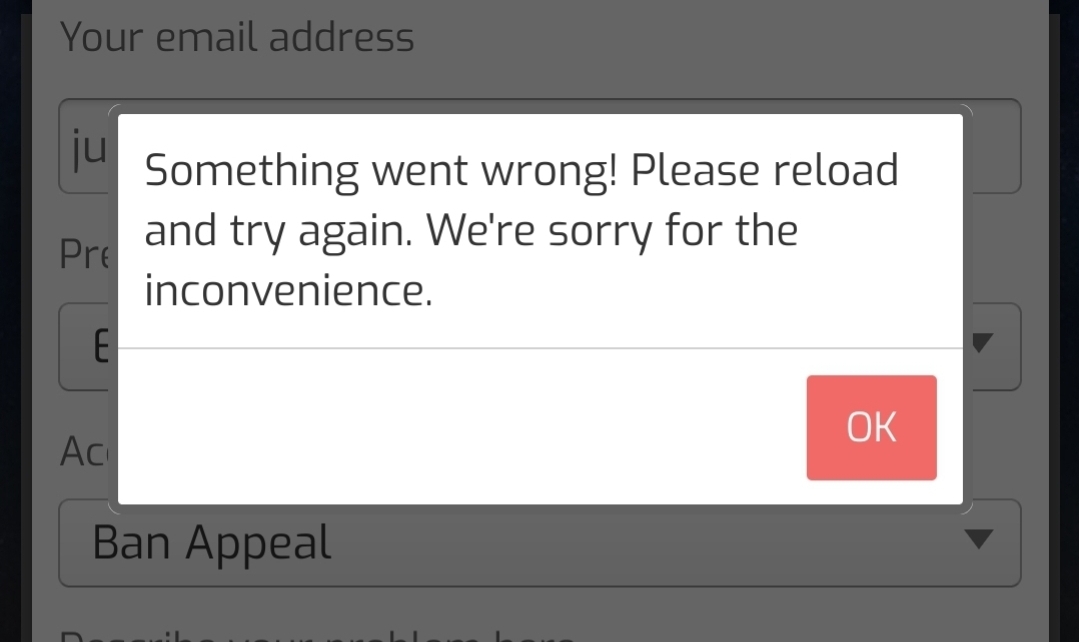 I also tried to contact support in-game, but this form, which I am supposed to fill out, cannot be sent because of an error!