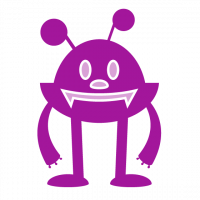 These include, but are not limited to:

- "com" ("with" in portuguese) and every sentence started with any word containing these three letters.

*Device, OS:* This bug that affects both Niantic games that allow nominations to be submitted (PoGo and Ingress) as well as the Wayfarer nomination edit form.

I'm assuming both games and edit form are using the same service (makes sense), so I'm condensing here the report.

Besides being non-inclusive, this is also a terrible user experience as:

- When nominating a candidate in the games, an error is shown BUT no hint is given to the user to highlight which words are deemed as being so called profanities. This penalises mostly users who like to submit a rich complete nomination, which are left guessing to whatever might be wrong.

- While editing the nomination in Wayfarer, no error is shown if the edit contains deemed unacceptable words.

- Edit a nomination in queue status to contain a title/description/statement that contains any of the aforementioned words. Save the form. Notice it doesn't error out or actually save or persist the data. You can double check that the edit is not persisted by refreshing the page. OR

- In the games mentioned, try to submit a nomination (or edit a POI) containing these totally fine words.

Please revisit this filter contents and UX to make it more informative, less overprotective and broad-matching and/or provide an avenue for the community to collaborate on the tweaks.