Maybe this is a bug. (Case in Japan)

I have become a change in the system for some time now, although it's been particularly noticeable over the last few weeks.

Because I do not believe that our colleagues, the judges who are supposed to have passed the examinations and qualified themselves, dared to allow the following ineligible items to pass.

Yes, this must be a bug.

I think it is this bug that is causing these ONLINE Wayspots to be ONLINE.

I am sure that my friends, AGs and TLs near the way spot will already send a request to remove it, but just to let you know. :)

However, I'm a bit embarrassed, so I'm not going to submit it to "REPORT A BUG' NEW BUG", but to "General Discussion" here. 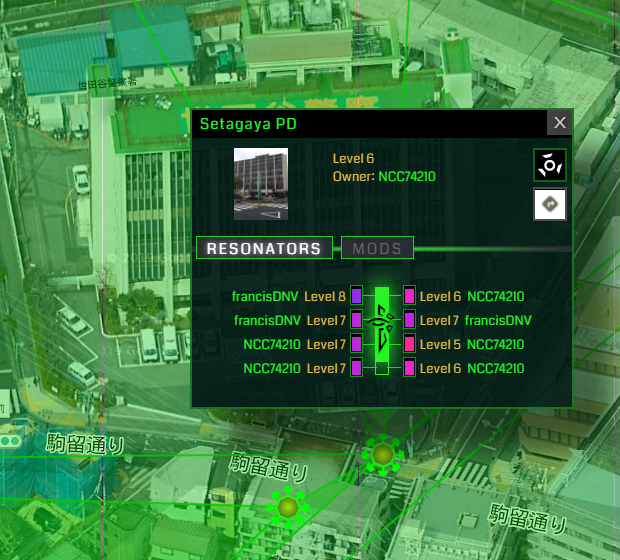 Title of the Wayspot:Setagaya PD 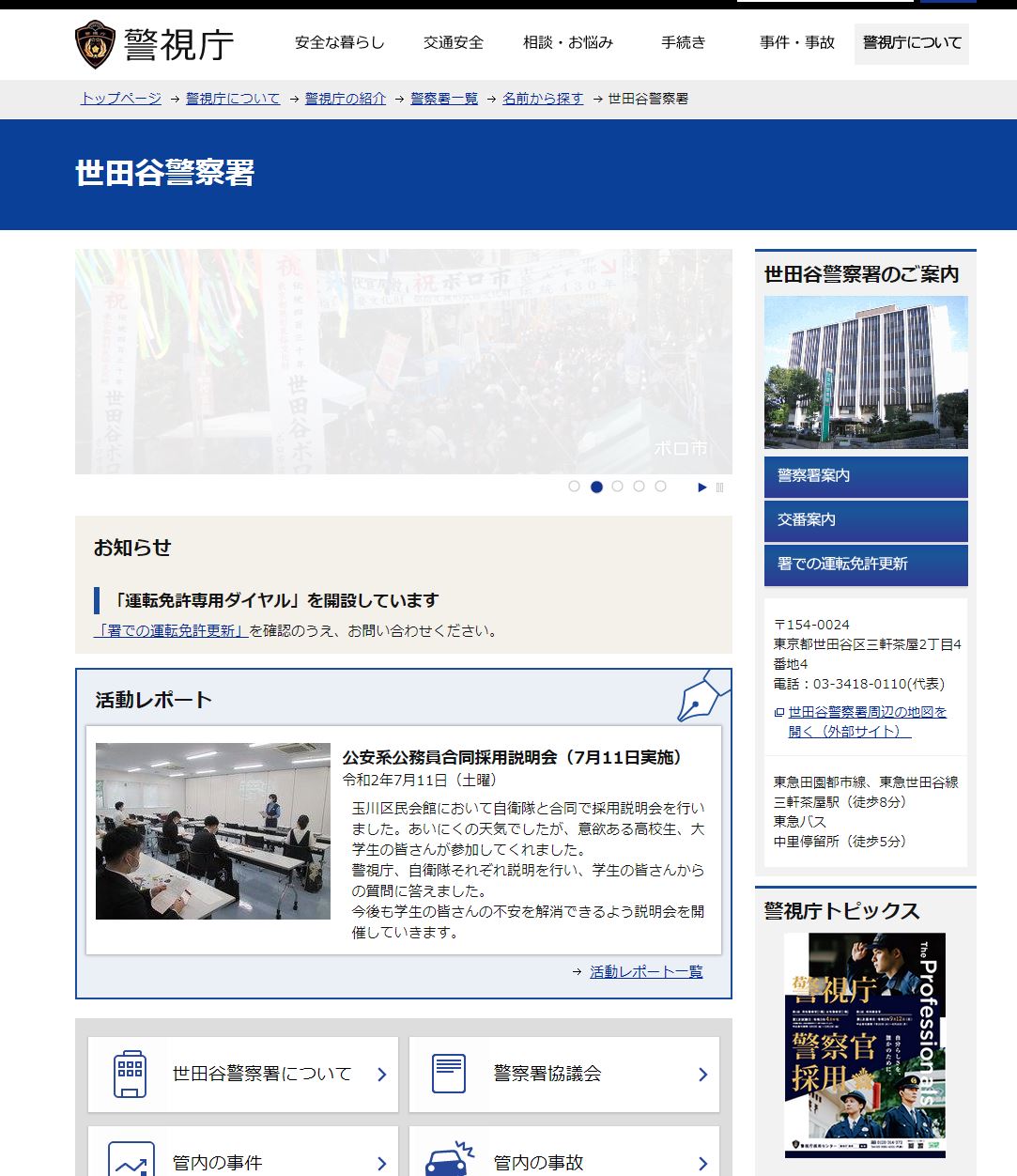 It seems that not only the Setagaya Police Station,

that one after another, "交番(Koban. *mean police boxes)" are coming online as Wayspots! 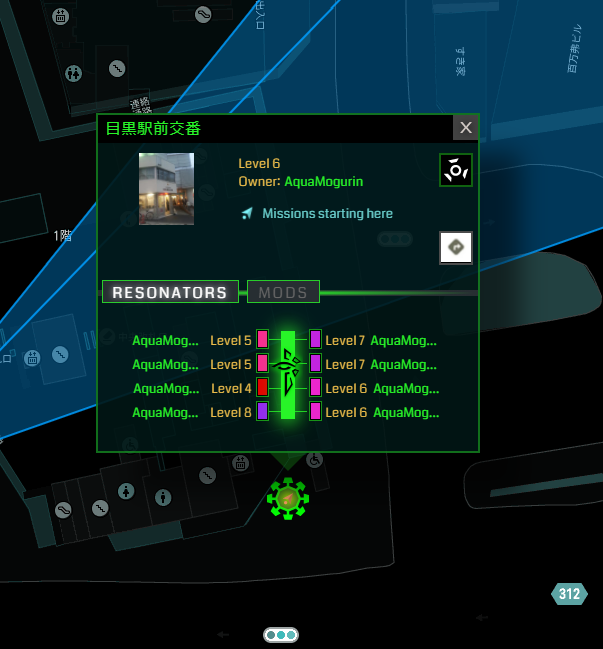 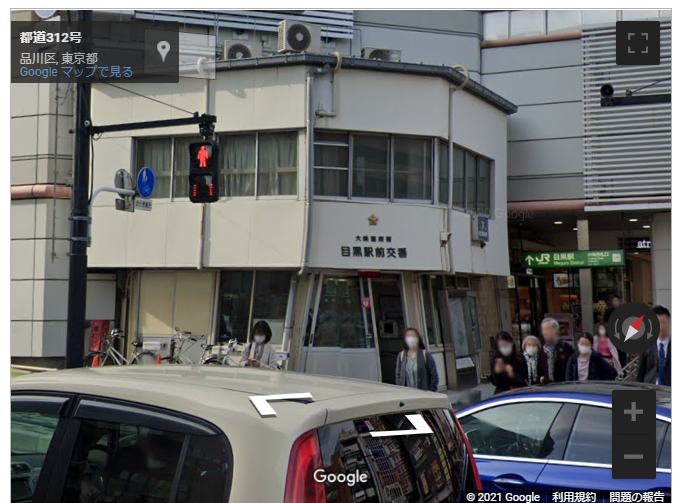 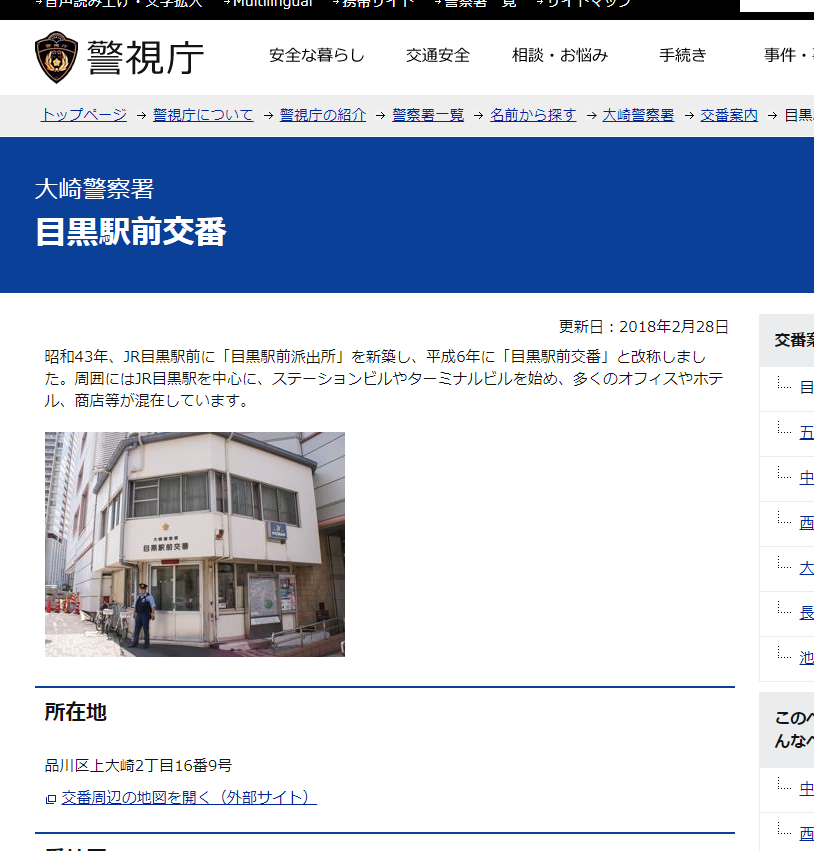 A Koban(交番. police box) is a small police station on a street corner, staffed by several police officers.

There is an English Wikipedia page on the subject, which will guide you.

You will find out a great deal about what is called a Koban in Japan.

Do some research by copying and pasting the word "交番".

(Please,Try searching for "交番" in Japanese.)

I think you will find that there are countless numbers of "police boxes", which are supposed to be small police stations, ONLINE as Wayspots all over Japan.

Meguro Ekimae Koban is just one sample. I've heard that there are a lot of Koban became ONLINE, all over Japan.

I would like to see the research of all "Koban Wayspot" in Japan.Please. 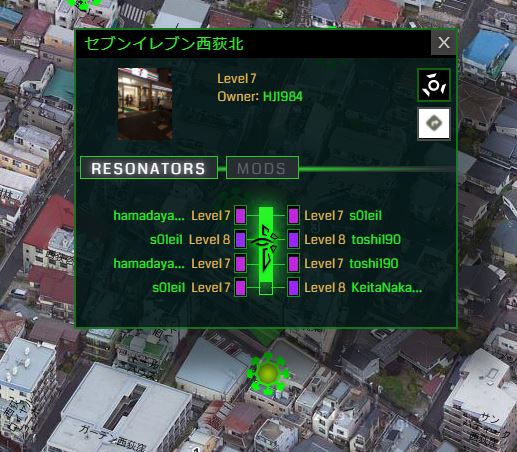 One of the shops in the chain of convenience stores, 7-Eleven, has recently become a Wayspot.

Many AGs and TLs in the Japanese Ingress community and on Twitter have heard about it, but it still seems to exist as a Wayspot today. 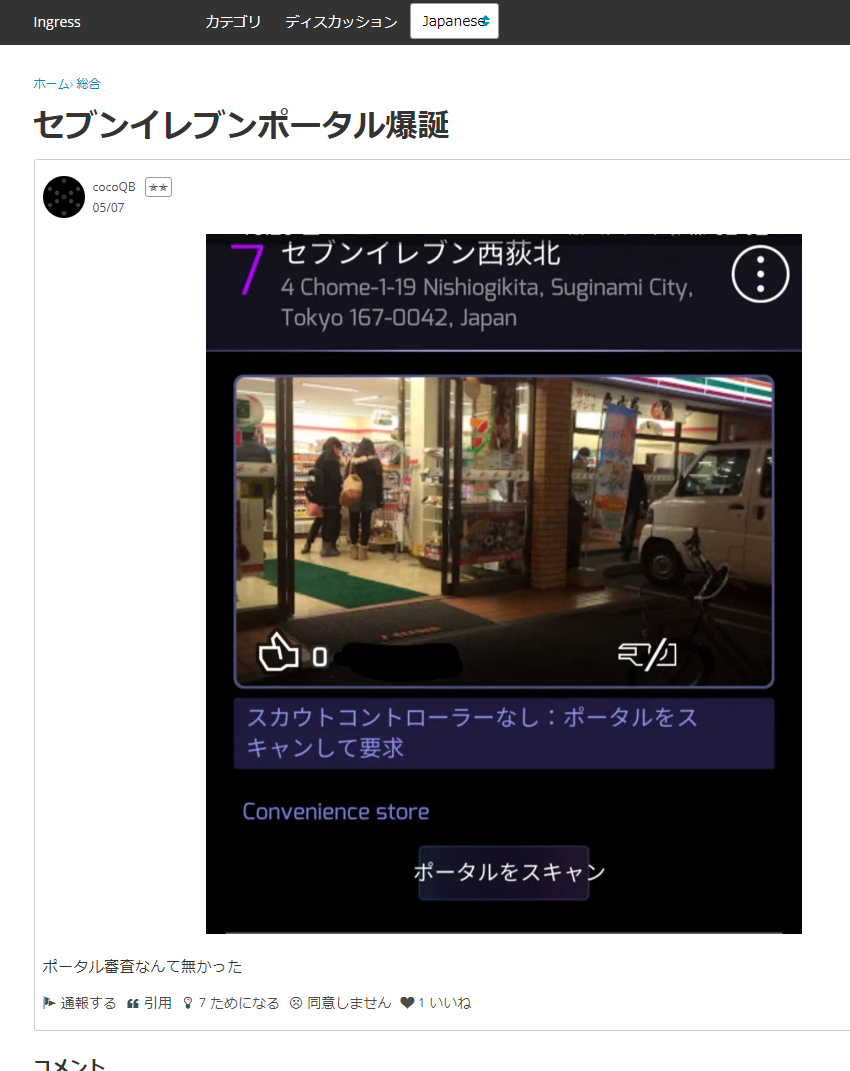 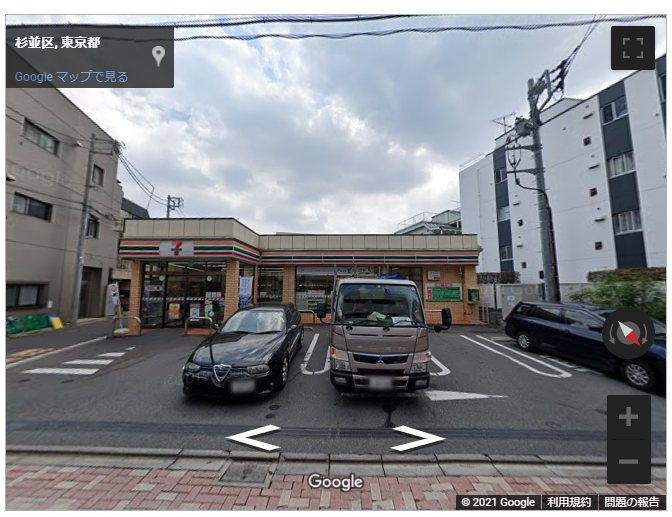 I have heard from friends this 7-Eleven is not the only chain convenience store to become a Wayspot.

For example, here is one. 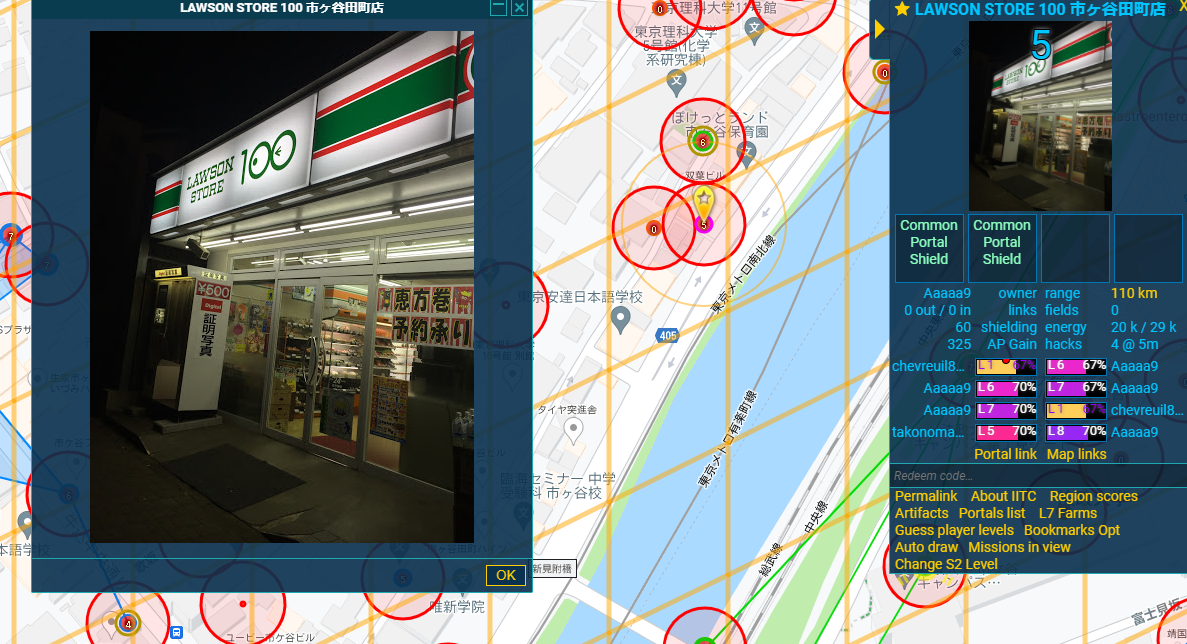 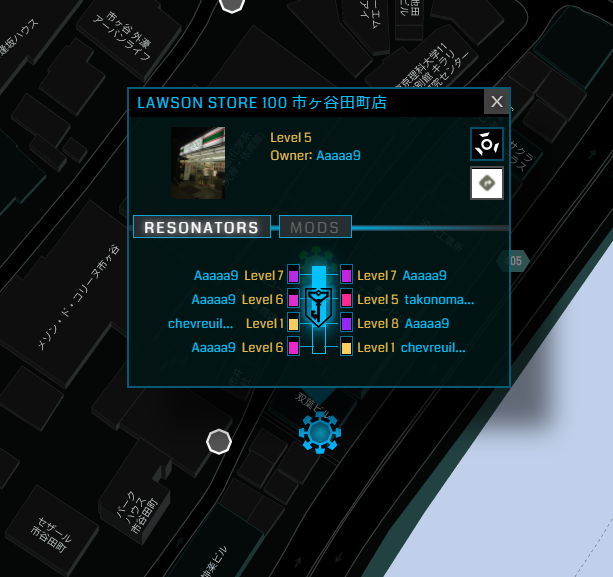 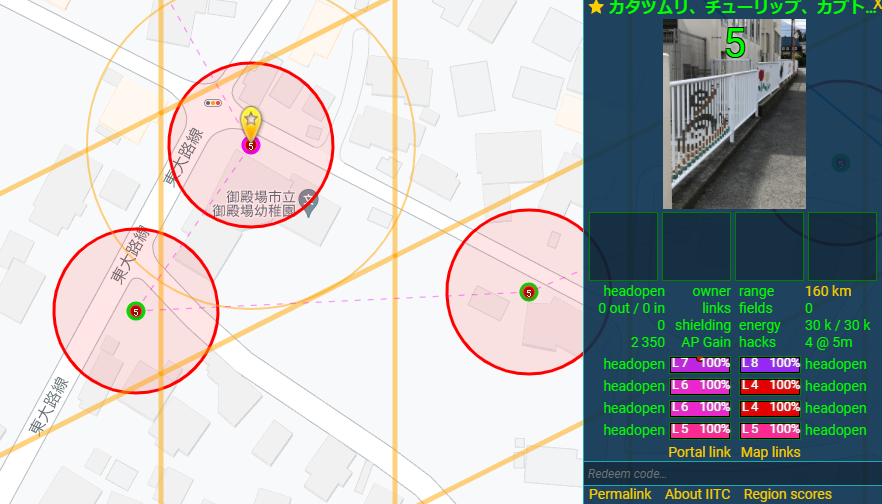 Title of the Wayspot:カタツムリ、チューリップ、カブトムシ (*mean "Snails, tulips and beetles")

The local Street View shows the location of the portal. 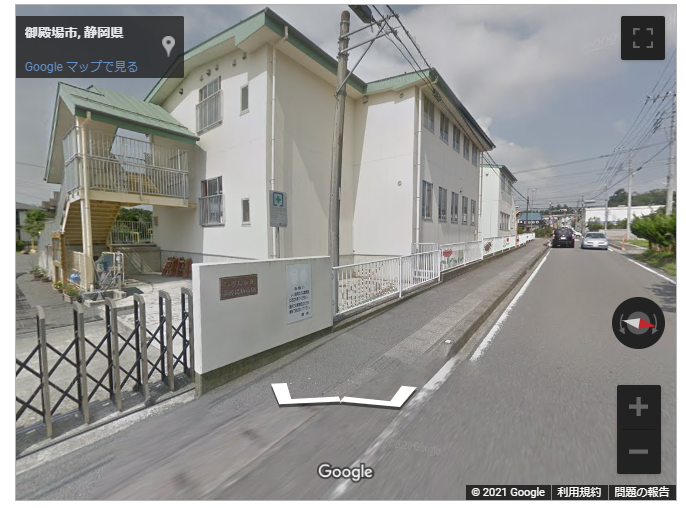 This is an anamorphosis drawing on the fence of the kindergarten wall.

This is a kindergarten run by the city of Gotemba.

A message from the director of the kindergarten can be found on the official website of Gotemba City. 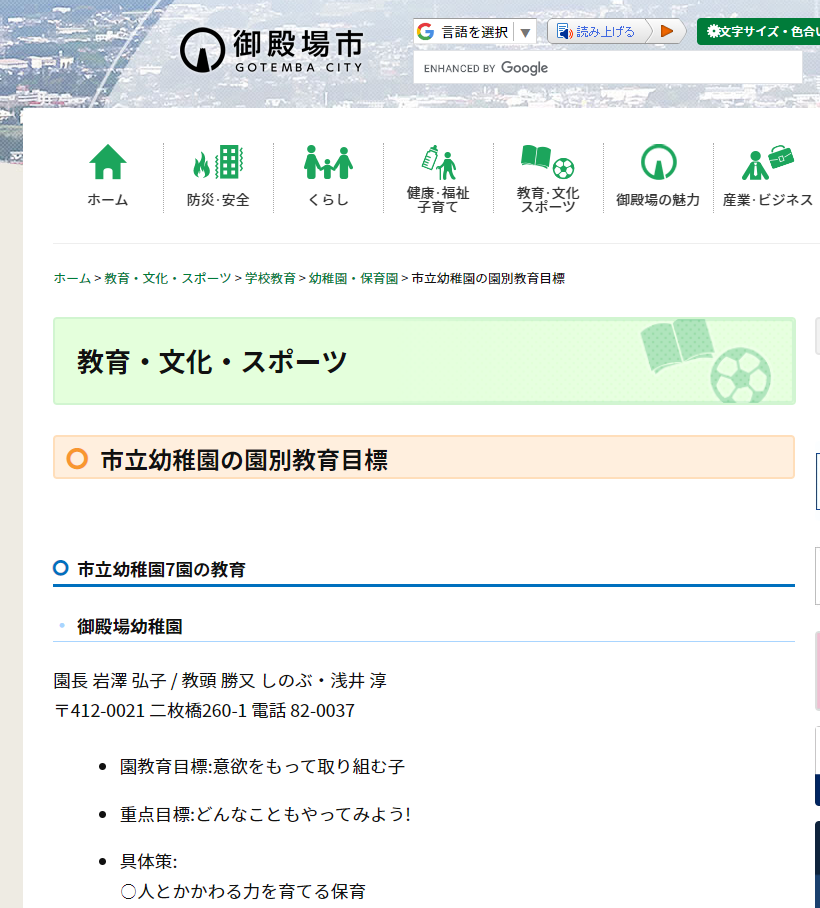 There is a house on the south side of the kindergarten. I became aware of this abuse when we learned that an application had been made from the second floor of that house.

I was heartbroken to learn of this abuse. So I once made a removal request on Ingress Community (JP), but it was rejected by mod "supportapac001". 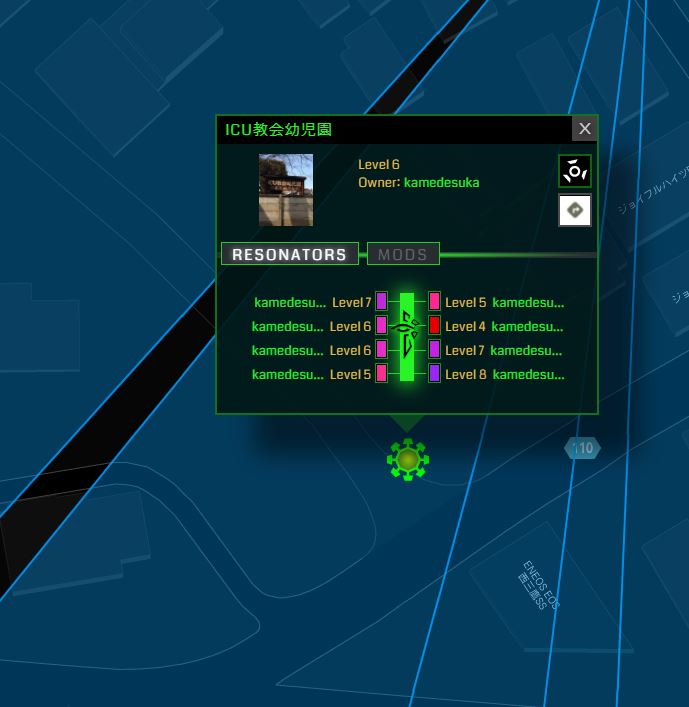 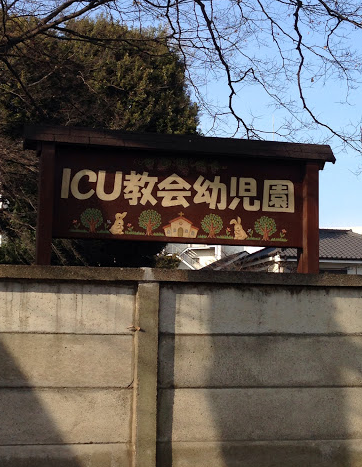 Towa Dormitory (located in Mitaka City, Tokyo) is a women's dormitory where female university students from several universities live together.

It is strange that the infant hospital is approved as a way spot in the first place. This is probably a bug in the system. Furthermore,

"International Christian University Church Preschool will close in March 2016. The announcement is posted at 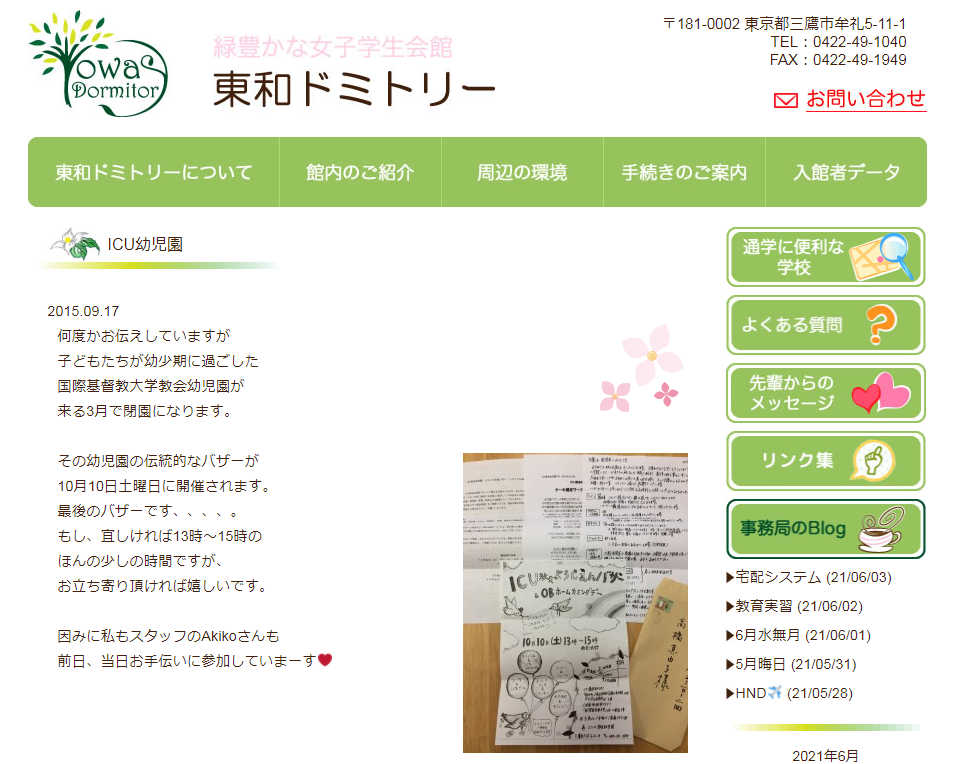 Please, copy and paste the string "ICU教会幼児園" and do a Google search. 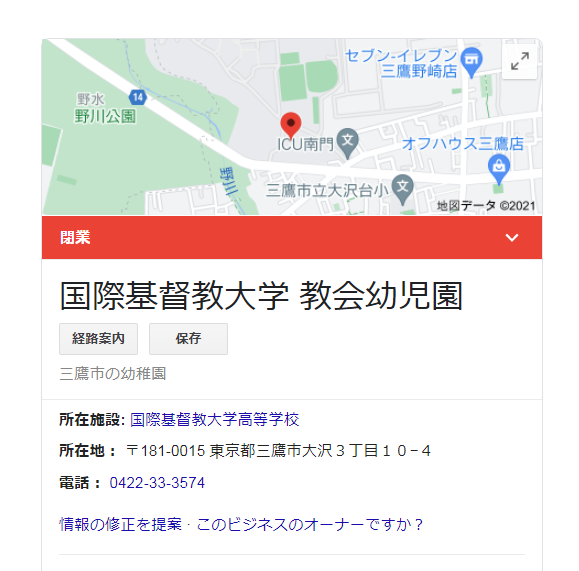 You will see an indication that the business is "closed(閉業)".

I would like to add that, due to the influence of the corona

We have found a notice on ICU Christian University's official website stating that due to the effects of the corona, students will not be allowed to enter the campus after 1 April 2020. 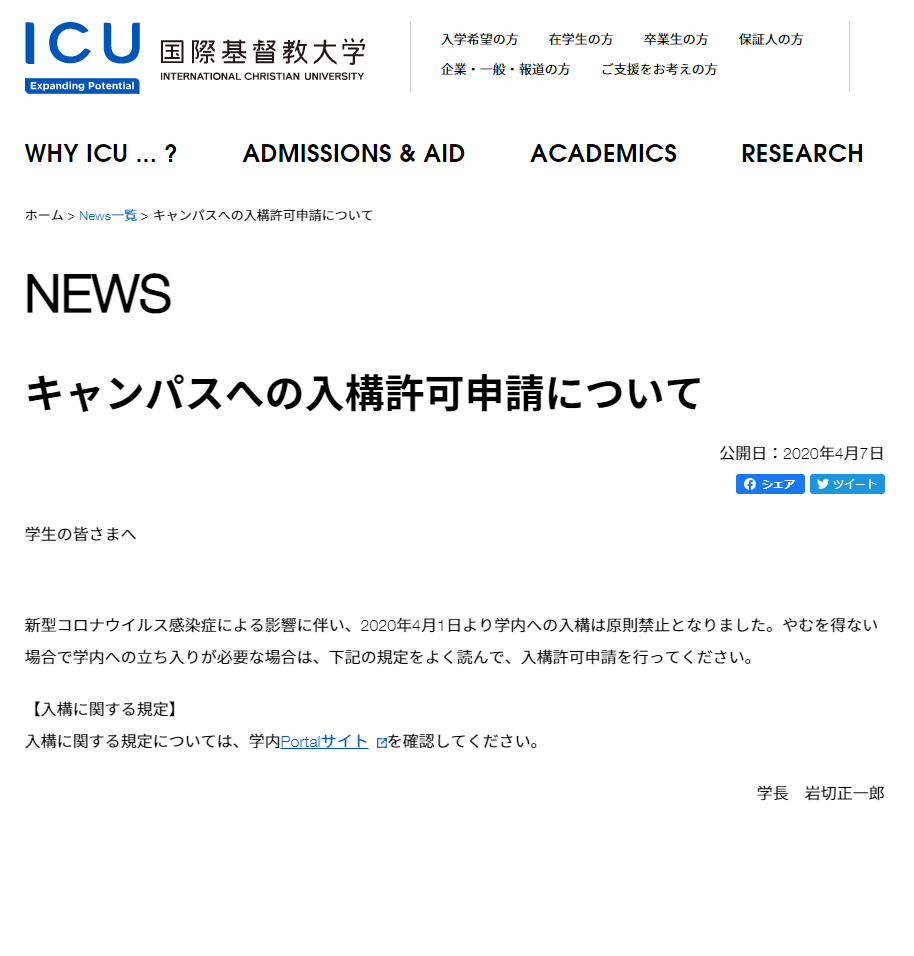 The city of Mitaka, where this (4) exists, is a strange place.

There is even a hospital not far from there that is Wayspot.

We invite you to see it for yourself. 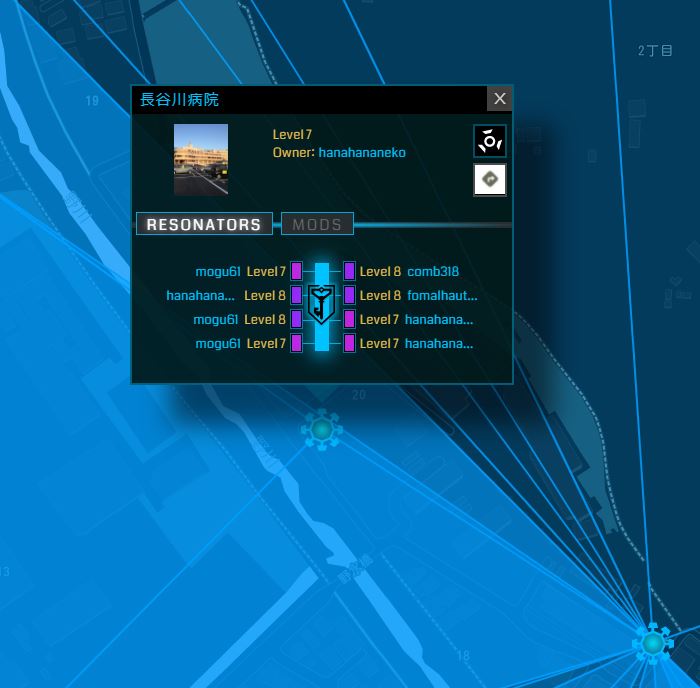 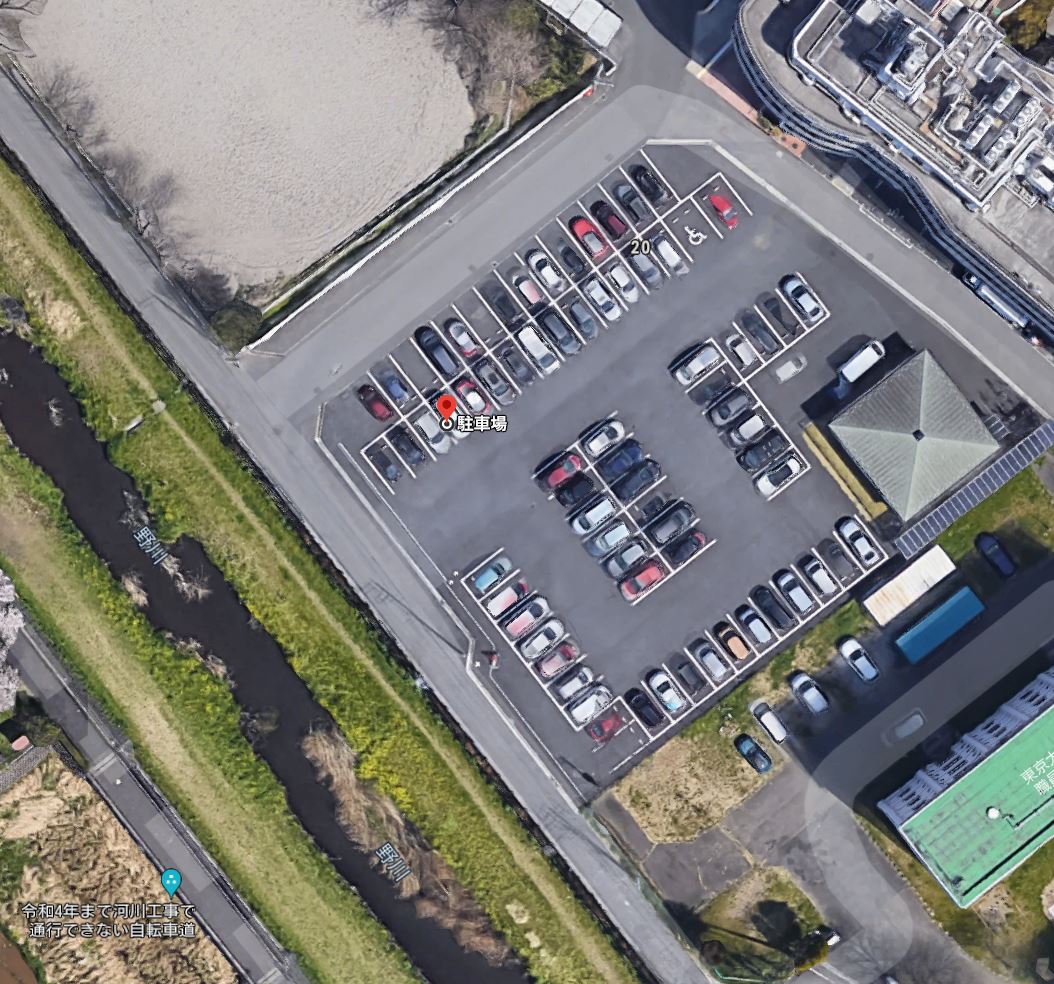 And although Wayspot is a hospital, the location of the pin is a car park.

The real Hasegawa Hospital is next to this car park. 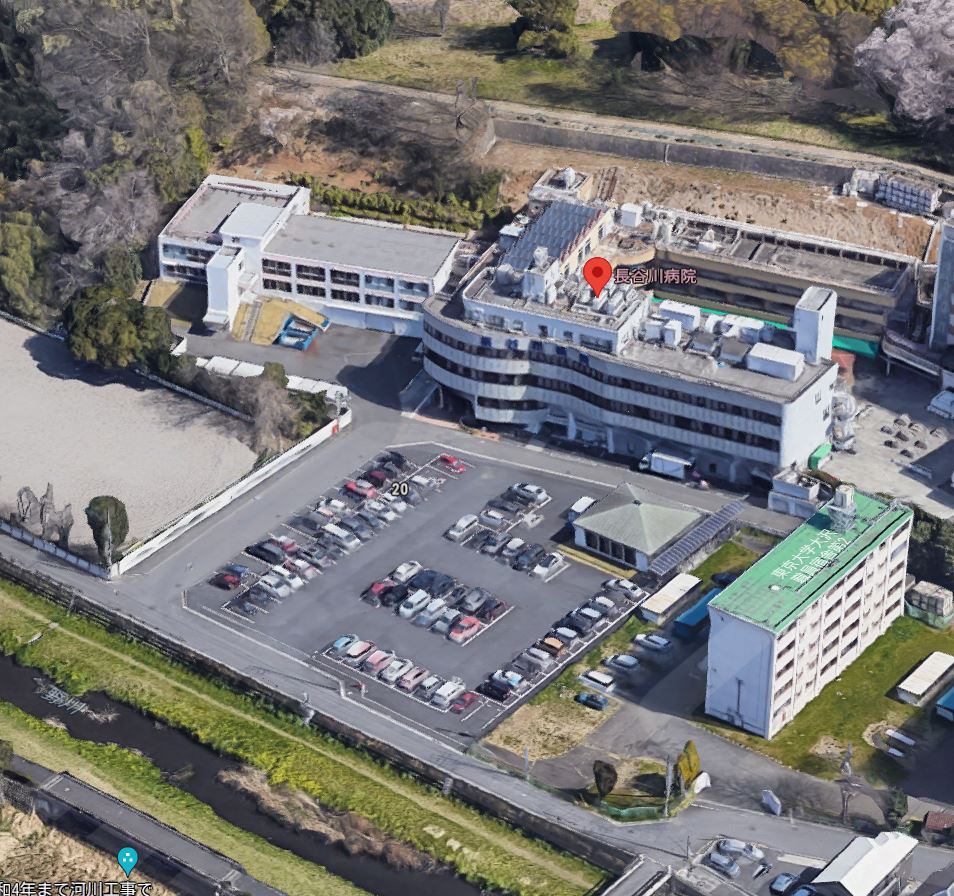 Hasegawa Hospital is a psychiatric hospital. 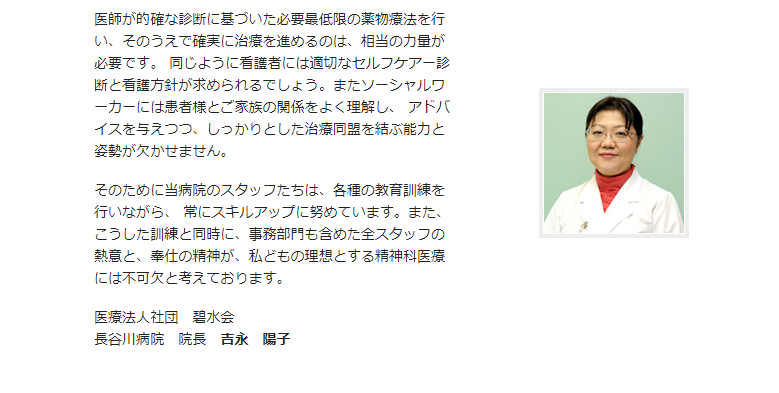 The hospital buildings themselves, as well as those that exist within the hospital grounds, have recently been turned into Wayspots one after another. I am horrified.

In addition to the Hasegawa Hospital, there are many other Hospital Wayspots.

Too much "This is substandard stuff! so we think that there is probably a major bug in the system.

There are too many to list for you (really. I'm sure it's a huge number! I can't mention every single one of them.

And they are scattered all over Japan.

It would be almost impossible for each of us to do a local survey.

So could you please investigate whether this is due to a bug that has occurred?

The results of the survey

Convenience stores and other chain shops

If all of these can be removed at once, it would be very welcome!

I understand you are very busy, but I appreciate your help.